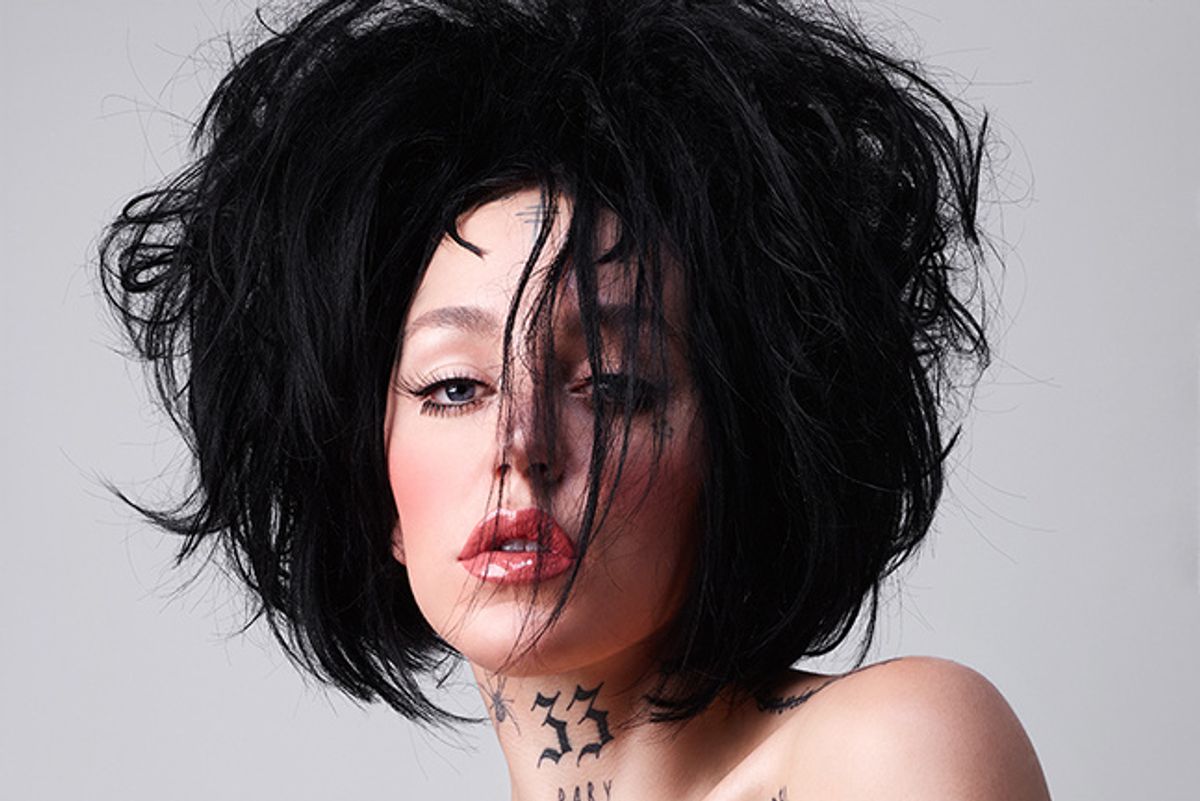 Brooke Candy, Pussy Riot, Mykki Blanco and MNDR Team Up for 'My Sex'

Brooke Candy's recently returned to her punker roots with "War," having dipped her toes in the waters of pop stardom by signing to RCA Records. Now independent again, the artist has used her newfound freedom to create work reflective of her fierce feminist and anti-establishment vibe. For her latest single out on Peter Wade's WonderSound Records, the Charli XCX-co-written "My Sex," Candy recruited Mykki Blanco, Pussy Riot and MNDR to create a banger that transcends genre and reclaims the parts of our bodies most often used against us. The surreal video, made in collaboration with Swedish artist Pastelae, is an ode to ways our bodies can empower us.

PAPER caught up with Candy, Blanco and MNDR to get their thoughts on the project:

You, Pussy Riot, Mykki and MNDR all bring such different yet compatible elements to the table. How did this amazing collaboration come about?

MNDR and Peter Wade pulled my into the studio one day and played me the track. It was originally written with Charli XCX for Pussy Riot, but once I heard it I basically begged them to give it to me so we could turn it into a collaborative anthem! It's like a punk rock "Lady Marmalade."

The imagery from the video is striking — playful, edgy, in-your-face and futuristic all at once. Why feature animation rather than any of yourselves in the video?

We all live on opposite ends of the world so I felt like to create something cohesive and beautiful, we had to move in an alternative route. I'm obsessed with 3D animation, VR, Claymation, and basically anything that doesn't actually involve a human being so it just seemed like the right choice, and working with Pastalae was a dream. She's such a badass artist and she worked around the clock to bring my ideas and vision to reality!

Who did you make this for and what inspired it?

I made this song for everyone, but with a strong focus on the LGBTQ community and women who've felt defeated and ostracized because of their sexual orientation or gender identity. This is a song about taking back our power as the resilient, magical, and beautiful beings we are and regaining enough confidence and control to dictate our own stories and enjoy our sex lives. Sex should be fun and everyone deserves the chance to experience that!

You're working in the adult industry making films as of late. What has that been like and how does that connect to your life as an artist?

You've proven yourself to be a master of pop melodies. When do you know a song is right?

First off, I would never claim to be a master, I'm not sure if it's possible and that's what I love about making music. I think it's easier to know when something's "not right," then I'll keep working it until I feel in my gut that it's not "not right" anymore. I guess then it's right, right? Sometimes the hairs on your arm just stand up when you hear something back, those songs are usually the most right.

What is the responsibility of an artist like yourself in 2018? How does this song speak to that?

Brooke, Pussy Riot, Mykki, and I are all activist artists, but our individual voices only go so far. We thought we could reach more people by putting our voices together to do something impactful. "My Sex" is an anthem, a celebration, and "my sex rules!"

You've known Brooke for years, how is it collaborating with her now?

Brooke has a special power about her that bring people together, you see it in her fans and the people who really enjoy her art. I think that's very special and of course with this new moment in her career I'm psyched to be a part of it! Like you said I've known Brooke for a long time and yes I want her to win!

What do you hope this track will contribute to conversations around queer identity today?

I really love how empowering and pro sexual liberation the song is. I also think the visuals speak to a gender non-conforming aesthetic which is awesome! MY SEX RULES!

Watch "My Sex" below: