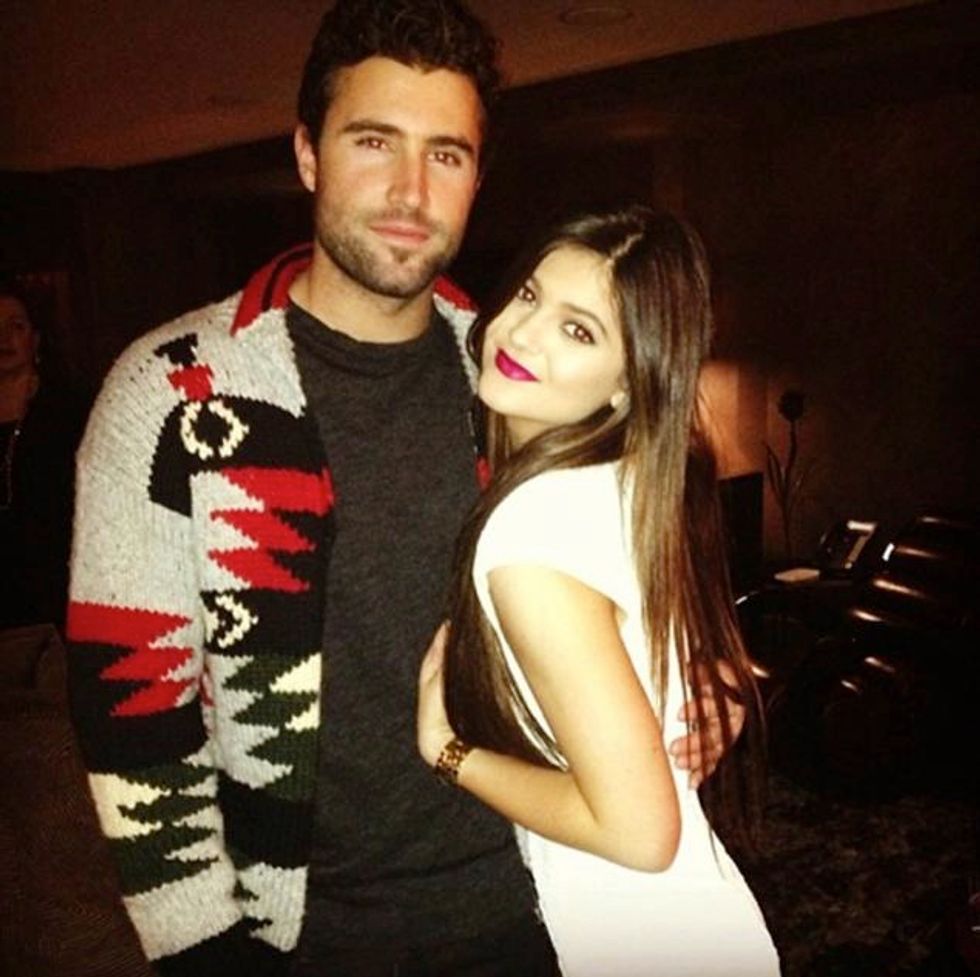 By Sandra Song
PAPERMAG
Yesterday, Brody Jenner posted a now-deleted explicit illustration on Instagram that some say looks a little too much like his younger sister Kylie, who just happens to currently be dating the 25-year-old rapper, Tyga. In it, a woman appears to be receiving oral sex from a...tiger. Deeply NSFW image below.
However, his girlfriend says it's all just an honest mistake, as he thought the "Licking for my keys" caption was funny and he was just looking for potential memes to use on t-shirts. The  woman in Isabel Samara's "Burning Bright-Lick" bearing a remarkable resemblance to Kylie was just a weird coincidence. Hm.
According to a salt-grain-sized "source" who talked to Hollywood Life, Brody's supposedly "been pretty vocal about not approving of Kylie's relationship with Tyga, but he doesn't have any say in it," the source goes on to detail. "He gets so frustrated because no one in the family listens to him." Let's hope this was all just a deeply coincidental, very, very bad joke, since, you know, no one, even the family you're so protective of, has to get your explicit approval to do anything. After all, if he's allowed to be a "sex connoisseur" with an upcoming talk show called Sex With Brody, who exactly is he to tell Kylie to keep her legs together?
h/t Jezebel
You May Also Like
Famous People