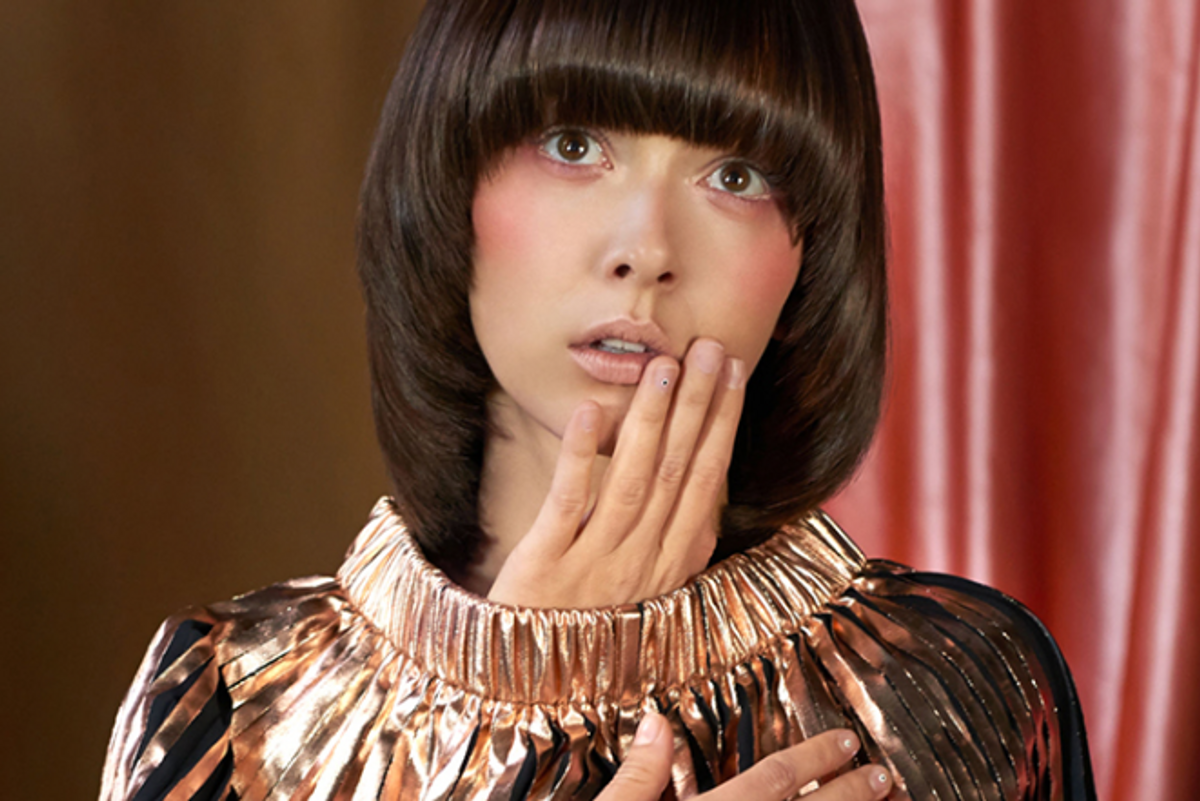 Brodka is the dictionary definition dream girl. A chameleon in both her artistry and aesthetic, there's nothing Monika Brodka can't pull off. You'd never to know it, but the Polish songstress is a Pop Idol alumna, winning the competition at only 16, she hasn't stopped since.

After catching exec attention with her smooth, quasi-retro alt-pop, Brodka signed on to international label Play It Again Sam and quickly released her first English album. Quirky as she and her sound may be, make no mistake, Brodka takes no prisoners with her impossibly pure vocals – a refreshing departure from the auto-tune saturated landscape of popular music.

Returning to SXSW stage for the first time in five years, this time as an English-performing artist, Brodka is on the very precipice of world domination. We reached out to the singer to find out why she won't be weak in confronting women's rights and how glass-half-empty girls finish first.

It's been half a decade since you're were last at SX! Welcome back!
So much change. I'm very, very excited. Last time was such a trip and adventure for me and my band. The city itself and the festival is so nice and different from what we know in Europe. Last time it was so fun to sleep in my friend's house on blown up mattresses, it was wild. Lots of good food and great people so I'm so happy to be back.


How much has changed for you in five years? Can you recognize a evolution for yourself as an artist?
So much has happened, I've played lots of shows in Poland, I signed to an international label. I put out my first international album. I'm wondering if something really crazy will happen after SXSW. It's a place where lots of unexpected things can happen, I remember having lunch next to my idols. It was so strange and incredible. The festival is really tiny, it happens on a few streets in Austin and you have the biggest stars in music hanging out.

You might be that idol now for another artist.
(Laughs). I mean maybe but I'm also such a pessimistic person, I'm so 'glass-half-empty' so I prefer not to have expectations or something.

I love that, no one really admits to being cyncial and negative.
I am, to be honest. But I'm happy we have two shows happening, I just hope people will come and see our shows. I'm really counting on that.

Well with no expectations you can't be disappointed, right?
Exactly, but still I will try to drink the second half of my glass as much as I can!

I wanted to hear your perspective on the festival circuit in terms female representation, which has historically been pretty shoddy. Can you relate to that kind of discrimination?
I think, you know, I'm this personality that speaks out. I'm in a band full of men and they know exactly who I am, I'm open when I'm being hormonal and a little crazy. They know that I am strong. Neither me nor them will let me be treated any differently. I won't be weak, I don't let myself be discriminated against. These are all things I put into my music.

That's interesting, you feel it's necessary to use your platform to advocate for women?
Yes, definitely! I'm an active member of women's rights and I feel like I put in songs. In Poland, politicians are trying to mess with abortion rights, I have to talk about it.

Ah, unfortunately that's not so different to what's happening here.
Exactly, when there's injustice, I feel like I should speak out. I really have to speak out.

Brodka is playing at 1am tonight at Esther Follies.