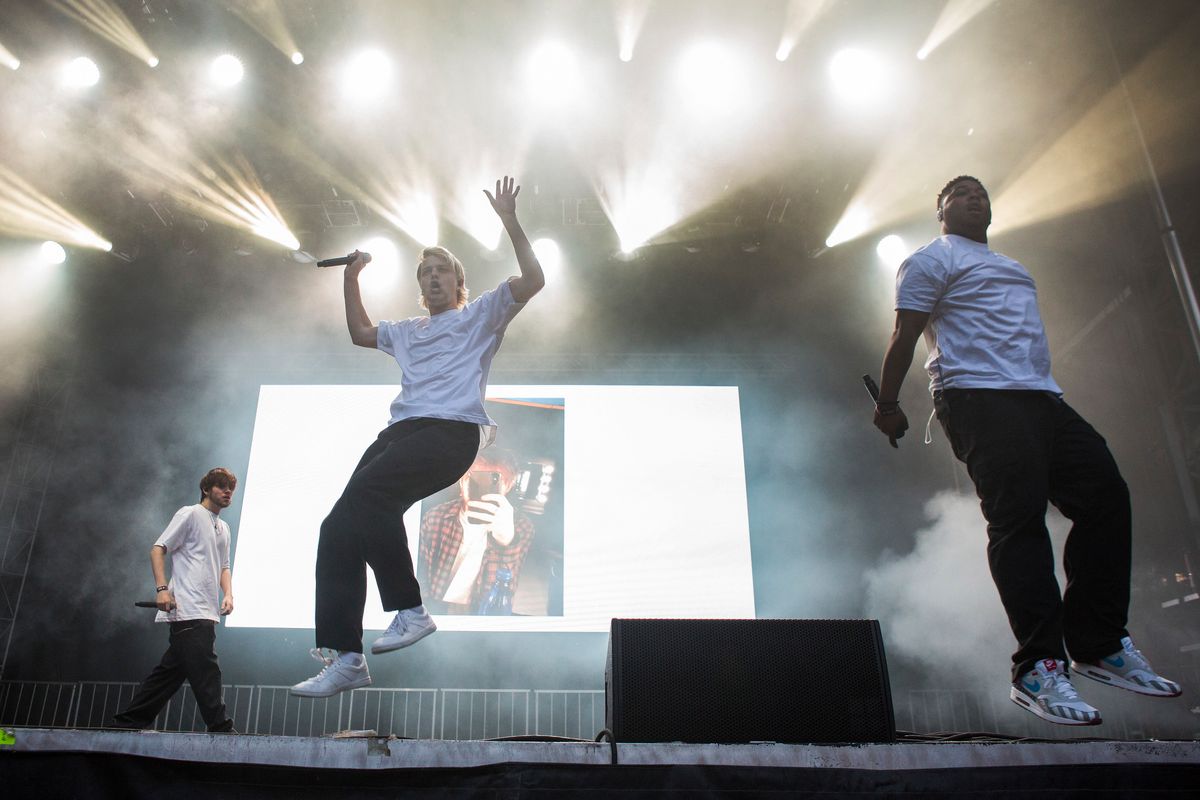 On the eve of the release of their newest album, iridescence, and premiere of their new documentary, Longest Summer in America, American boy-band BROCKHAMPTON still found the time to give us a little taste of what to expect with a new visual for "J'Ouvert."

In line with the thermal imaged art-direction of the album, the music video for "J'Ouvert" follow the boys of the band skating around London, illuminated by digital rainbows. Pools of digital blues, yellows, and reds shift as Matt Champion waves a lit cigarette in front of the camera causing it to continuously reset, resulting in a chameleon-like shifts in hue.

​A stylistic culmination and logical evolution from their previous blue-faced, washed-out looks on Saturation, iridescence not only marks the first album since Ameer Vann was kicked out of the band but also the dawn of a more hardened sound. Now with the support of RCA Records, "J'Ouvert" manages to deliver some of BROCKHAMPTON's hardest beats and most caustic lyrics to date. Luckily, we won't have to wait much longer to hear what else they have in store since the album drops at midnight.

iridescence is out September 21st, watch the full video for "J'Ouvert" bellow: