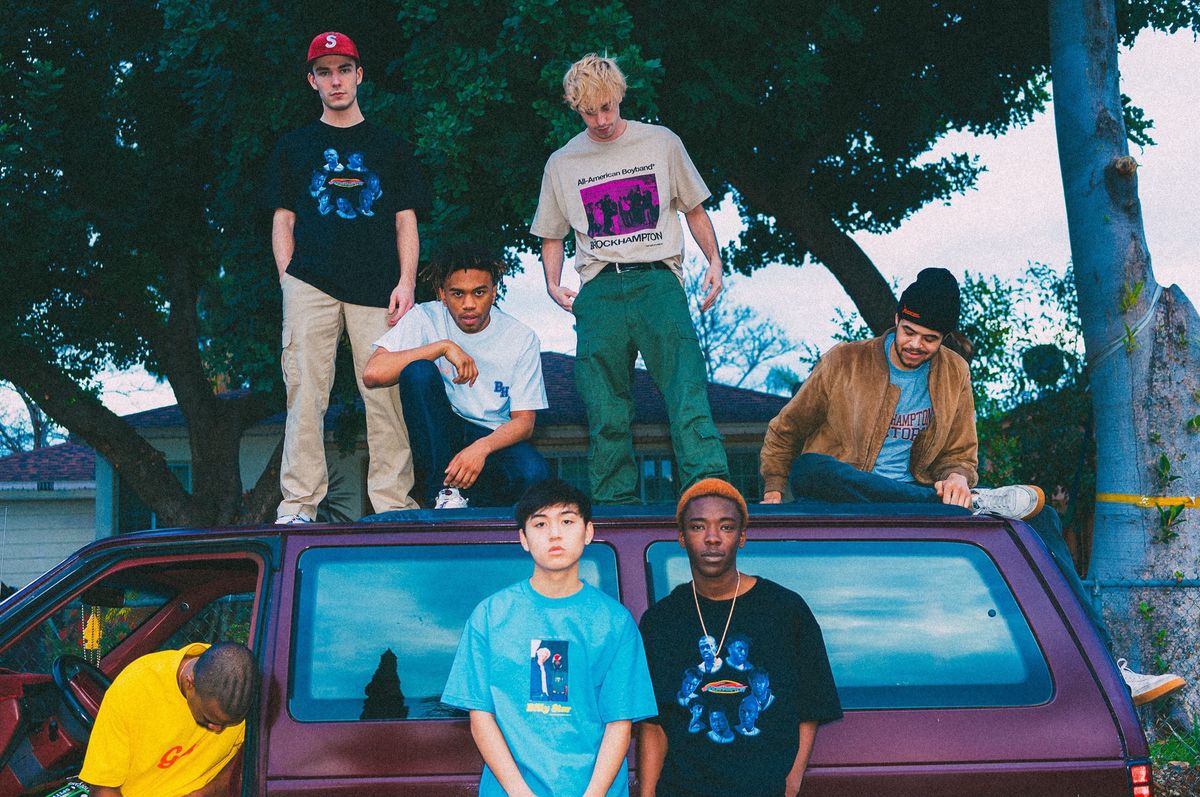 Brockhampton is a boy band — because they said so. They're the the most inclusive, most progressive, and most blissfully unruly and free incarnation of the term there ever was; they're the boy band the world didn't know it was missing, and we're totally here for it.

Formed not by a Lou Pearlman Ponzi Schemer type but entirely on their own, and not for the purposes of making glossy, easily marketable, white-washed pop, the Los Angeles collective churns out future-forward hip-hop that reflects the dystopian present, with political and social clapbacks, but also celebrates the cultural liberation of today, where individualism means knowing you're entitled to be yourself, and that anybody who tries to stop is you absolutely on the wrong side of history.

Beginning with founder Kevin Abstract and currently counting 14 members of varying backgrounds, races, and identities, Brockhampton dates back about four years but has ramped up — and blown up in popularity — in the past year or so with the Saturation album series; last December they dropped the final installment in that trilogy, which spawned countless videos with millions of views and earned them numerous sold-out shows, like a recent three-night stint at Irving Plaza, as part of their Love Your Parents tour.

Just last week they announced — via Jaden Smith, no less — that they've signed to RCA. Abstract clarified on Instagram for concerned fans that "nothin changes" in their DIY ethos, and that the label supports them in their dream to "be the biggest boyband in the world." They're playing throughout North America and Europe from May 29 through August, too. Brockhampton is going full speed — surpassing any standard of boy band output ever imagined, really.

And today, they've got even more news in the debut of a Spring/Summer 2018 collection: Sweatshirts emblazoned with POWER in Varsity-style lettering; hats, bookbags, shirts, and socks with a thick retro script reading Gay; tees brandished with Brockhampton Factory, in the vein of of the Everlast logo, referring to the North Hollywood house where they all live together; and tons more, from water bottles to hoodies and jackets.

The full collection will soon be available on Brockhampton's webstore. For now, check out the lookbook, below.