Broadway Soundtrack of the Week: Gypsy 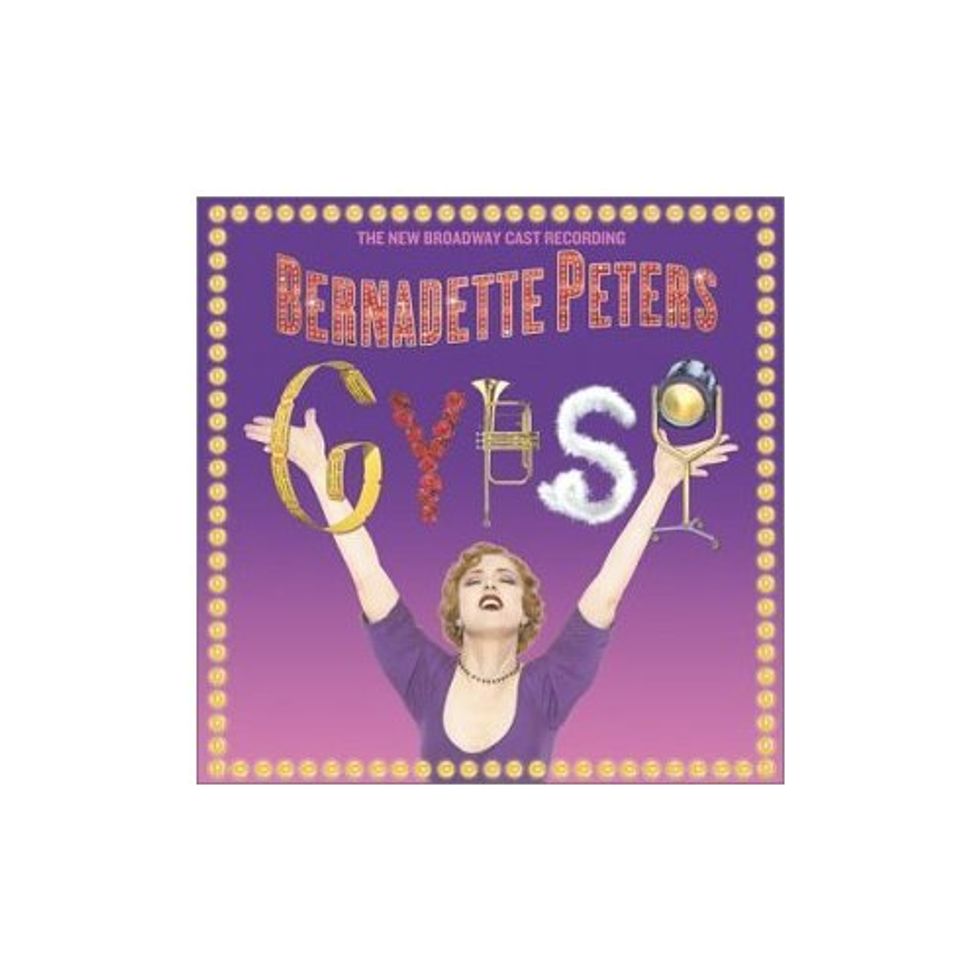 It's been a long time Broadway babies, but I'm back blogging again! I got a little lazy in the summer heat but now that it's fall and a new Broadway season is underway I feel inspired, so I've decided to start a new feature called "Broadway Soundtrack of the Week." This week's featured soundtrack is Gypsy with Bernadette Peters as Mama Rose. I didn't get to see her singing the Sondheim songs on Broadway but I heard she had a few throat problems during the revival in 2003. On the soundtrack she sounds clear as a bell (well as clear as Bernadette Peters can sound) and seems to really nail the demanding role.

I did catch Patti Lupone in the City Center's production of Gypsy this summer (which I loved), but listening to this soundtrack I think Bernadette would have trumped her as an edgier Mama Rose to Patti's softer version of the notoriously ambitious stage-mom. I'm currently listening to "All I Need Is the Girl," a dance number right before the famous act one finale "Everything's Coming Up Roses." "Some People" and "Together, Wherever We Go" are also some of my favorite tracks, but the whole thing is brilliance. It's the perfect cultural purchase on amazon.com!