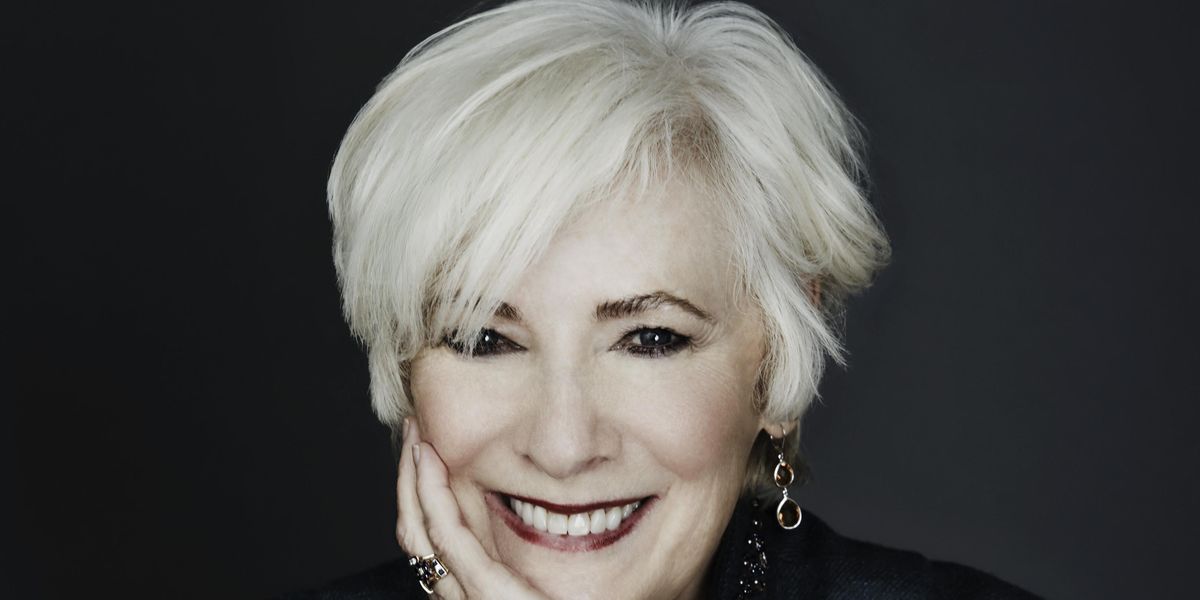 Betty Buckley is one of the true legends of musical theater. She's also one of my favorite sources for political commentary on Twitter. She's starred in such Broadway classics as 1776, Cats, The Mystery of Edwin Drood, Gypsy, Sunset Boulevard and Grey Gardens. She also makes regular appearance on the big screen including this year's hit film Split, directed by M. Night Shyamalan. She's just released a new record, Story Songs, which reminds us how she has one of the best voices in show business. We caught up with Betty as she was passing through NYC. She's usually happily frolicking with her horses on her Texas ranch. That is when she's not glued to the computer, sharing her progressive political views.

We both love India. What brought you there?

I studied with a Jain monk from India for a number of years. And I went to India once with him.

I'm very attracted to Jainism. I need to read a lot more about it

It really is fascinating. It's all about non-violence. For years I sold all my leather goods when I was in Hollywood. I had this sale for all my glamourous girlfriends. I had this beautiful collection of handbags and shoes and I sold them all. To this day I regret losing some of them, because they were really classic things. So I'm wearing these little cloth tai-chi shoes for years. And then finally I was just like... You know what? I'm too interested in fashion to continue this. So now I wear leather and I eat fish, and on occasion bacon. But mostly I don't eat meat, I don't normally. So I guess I'm a, what is it called? Pescatarian?

Cancer. This is my last year not to be referring to myself as an older woman, so I'm going use this year as much as possible. I'm going to have to cling to my youth!

Oh you're kind to say that!

I'm a huge fan of yours on Twitter. I love that you're so political. How did you end up on social media ?

My brother is this master of social media. He's a big director in Hollywood named Norman Buckley. He directed Pretty Little Liars, and earlier Gossip Girl and he's in New York today finishing up a second back-to-back episode of Quantico.

He's this master of social media and he has this massive following of young crazy girls, you know. He calls them 'the shippers', because they're always trying to influence him. Once they hacked him and other members of the Pretty Little Liars creative team to get them to alter the script, to enhance the love relationships they wanted as opposed to where the script was going. And Norman's like "I'm not the writer! I'm the director!" They literally hacked his email and everything, and held it hostage.

So at first you didn't want to get on social media?

Norman says 'Why don't we start with Twitter?' and I was having fun. After a couple of weeks he says 'OK now you need to go on Facebook', and so I did that. And then suddenly I'm online day and night for like days in my PJs and bathrobe! Sitting in my favorite chair on my computer and the day would just go by. And my family were really concerned and they said 'now we have to have an intervention and get her off the computer!' So it took me a little while to learn how to keep it to a minimum and just say what needs to be said

Were you always political?

No! The weird thing is I really never have been this political. I mean other than obvious things. I'm a feminist and I care about women's rights. My brother's gay and my friends are gay, so gay rights. It shows, I mean I'm in the theater. But I've never been this obsessed. But I guess there's a lot of us who haven't been.

Ever since the election and the grieving process I'm aware of it now in a different way. I follow some really great writers and some great political thinkers who I've been so happy to discover. So now I read them everyday and I feel a responsibility.

This has been so weird moving back to Texas. I have to say there's a lot more liberals in Texas now than there used to be. I feel like it's my responsibility to keep posting, to make sure these people that are not connected with these news sources that follow this absurd fake news and believe in it, have an alternate thing to read if they choose to out of respect for our friendship. You know what I mean?

There are quite a few from the New York Times. And then this guy Kurt Eichenwald from Newsweek. Charles Blow.

She's a friend. She's really in the know

She's so smart. She's amazing. I met her on Twitter and then had lunch with her when I was in LA.

She's gorgeous, and so smart and so interesting. I love her.

Since the new year I've been trying to really put the focus on my own health regime and dietary stuff and working out really, really hard and going to a physical therapist, and I've just got to put my focus on things that make me feel better, because I was just going down in chaos

Tell me about your new record

It's called Story Songs. It's a two CD set of live recordings. We recorded it with this incredible band from our Costa Mesa concerts in the fall and then there's another CD with bonus tracks with recordings of songs that I love that we did last year at Joe's Pub. I'm excited about that coming out. Before that, my Ghostlight album came out that was produced by T Bone Burnett. And all that's happened in the years that I've been in Texas. You know I'm still playing the game. I don't know why that made me laugh, but it is a game. So I've got to be careful not to be too much. I don't know, should I be?

I think its good to be opinionated. You should be yourself I guess, don't you think?

I'm doing the best I can. One of the benefits of getting older is that there is always this fallback, you know. I have a right to feel how I feel and be who I am, and if you don't like it, tough.