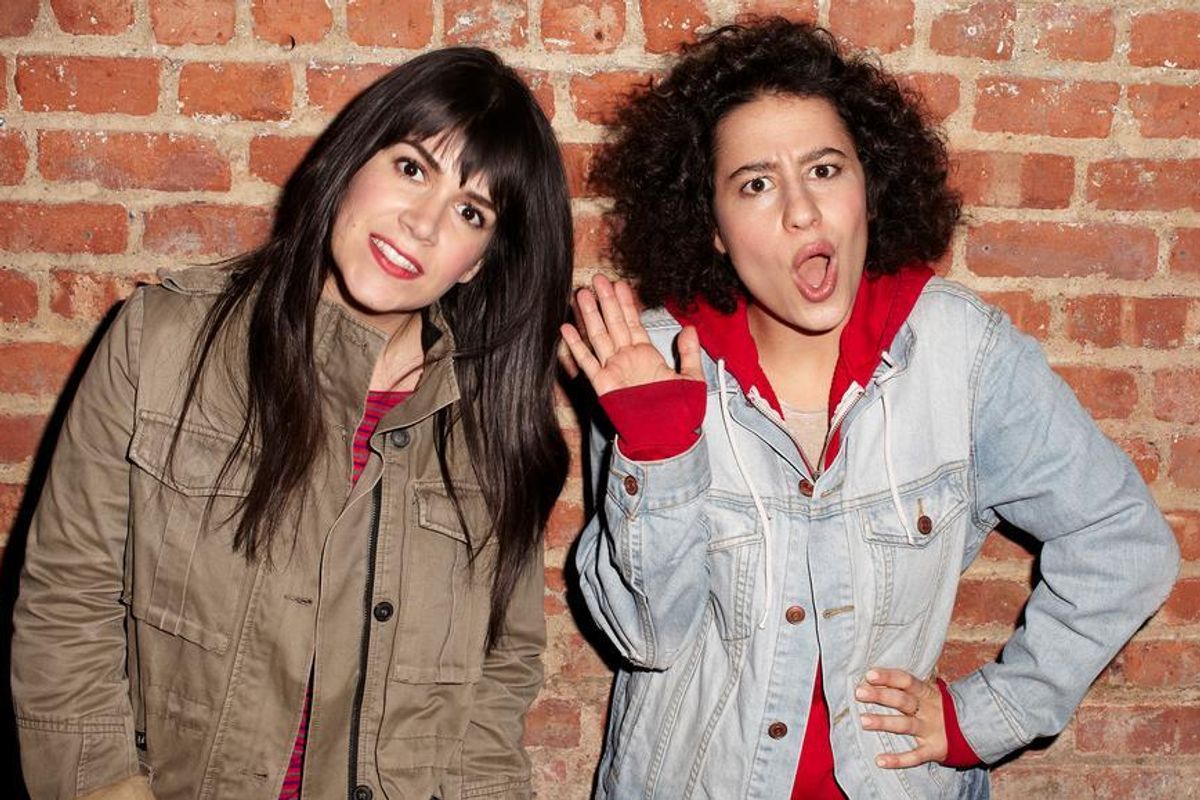 When Barbie released their staggeringly fast-selling doll of Selma director Ava DuVernay in December, young and young-at-heart socially-conscious high-achievers found a doll that really spoke to them and their personalities. Similarly, the ladies of Broad City shared a piece of fan art yesterday that could do the same for all the girls who grew up to be sexually-fluid, stoned goofballs: Broad City nesting dolls.

Like Russian nesting dolls, the set includes a large Ilana doll (with REAL HAIR), a medium-sized Abbi, and a small Bingo Bronson, the lovable/creepy blue creature who cavorted with a doped up, post-wisdom teeth removal Abbi. The figures are made by Los Angeles' Pygmy Hippo Shoppe (which also makes Mean Girls nesting dolls) and sell for $120. They're a little pricey, so, if you want them, you better start swiping some office supplies or find an overgrown baby to clean for in your underwear.