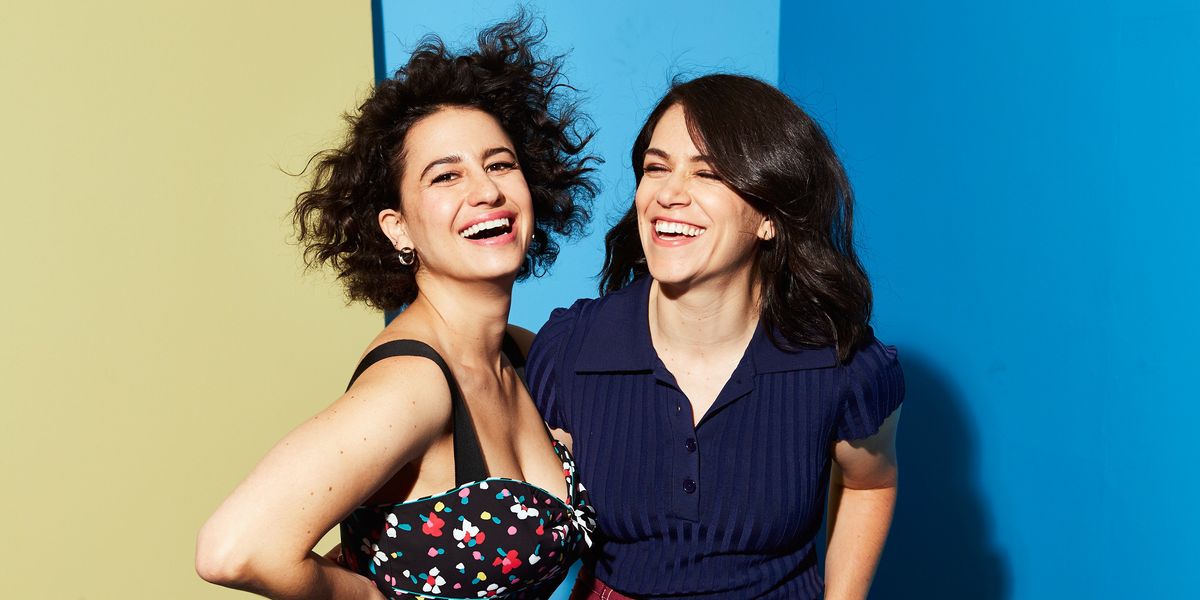 After four seasons of sex positivity (the likes of which is unfortunately rare on TV), weed-fueled hedonism, and inseparable female friendship, it looks like we're going to have to bid Broad City goodbye. Abbi Jacobson and Ilana Glazer have announced that the show will end with its fifth season, which will air at the beginning of 2019.

The show originated as a web series after the friends met in 2006 while taking classes at Upright Citizens Brigade, Fast Company writes. In many ways, it is a representation of their own friendship. The end of the show doesn't mark the end of their creative partnership, though. Our fave BFFs have three more projects in the works with Comedy Central called Mall Town USA, Platinum Status and Young Professionals. Though they aren't going to star in any of these shows, they will executive produce all of them.

Glazer and Jacobson released a joint statement saying, "Broad City has been our baby and first love for almost ten years, since we started as a webseries. It's been a phenomenal experience, and we've put ourselves into it completely. Broad City's always had a spontaneous pace and feeling, and ending after season five honors that spirit. We are very excited to bring new voices and points of view to Comedy Central and continue our collaboration together in new ways."