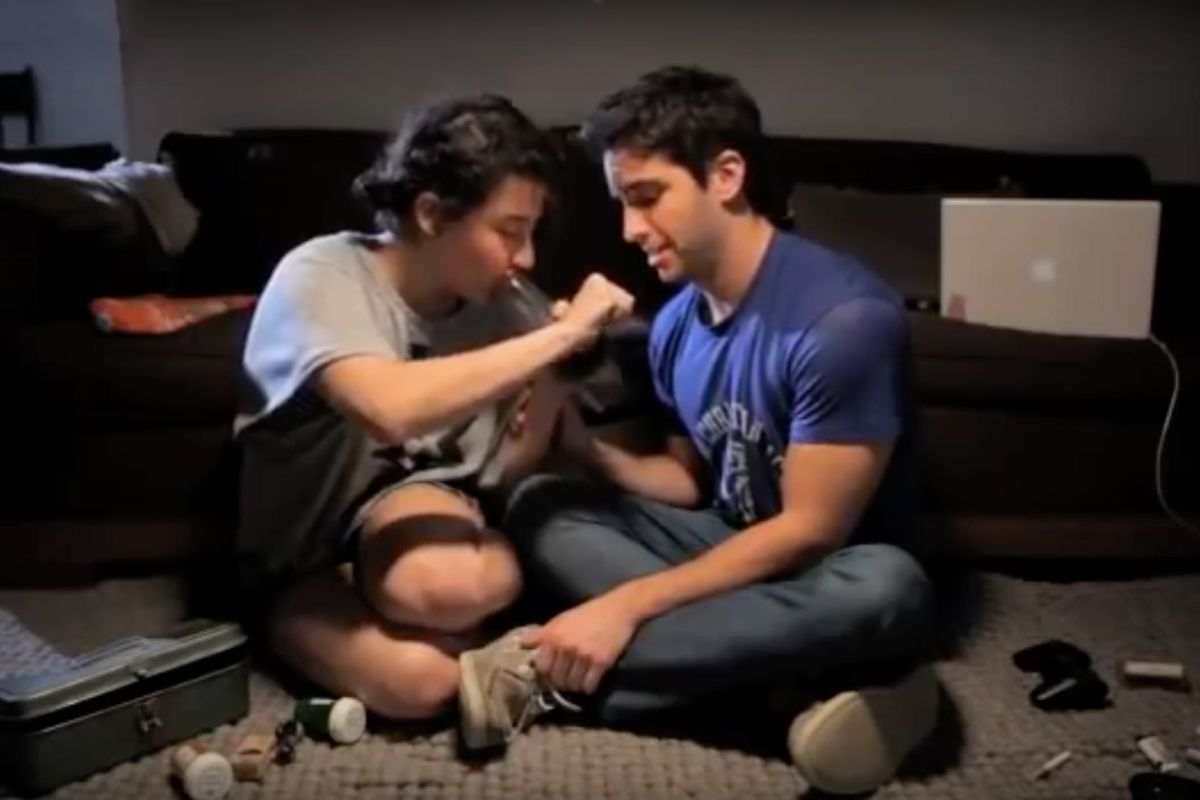 "1776 is the most majestic time period in our nation's history."

If you're alive and breathing, you know that Broad City's Ilana Glazer and weed go hand in hand. Or hand in spliff. Or hand in pipe. Whichever euphemism works, really. What you might not know is that back in 2012 Glazer teamed up with the folks over at CollegeHumor.com to create a short about a time traveling bong. If you've yet to peep it, here it is below.

The exciting news to stem from this 1:41 short is that Glazer has managed to convince some execs in Hollywood to turn it into a three-episode mini series. The show will also star Broad City writer Paul W. Downs ("Trey" the personal trainer in BC) who also starred in the original sketch.

According to the press release, the Time Traveling Bong will focus on:

" ...two cousins, played by Glazer and Downs, who discover a time traveling bong and ride high as they blaze through time. Their buzz is killed when the bong breaks and the cousins are forced to bounce around the space time continuum, learning to appreciate there's no time like the present."

Naturally, the show is set to premiere on 4/20 on Comedy Central, right after the last episode of Broad City season 3 airs.