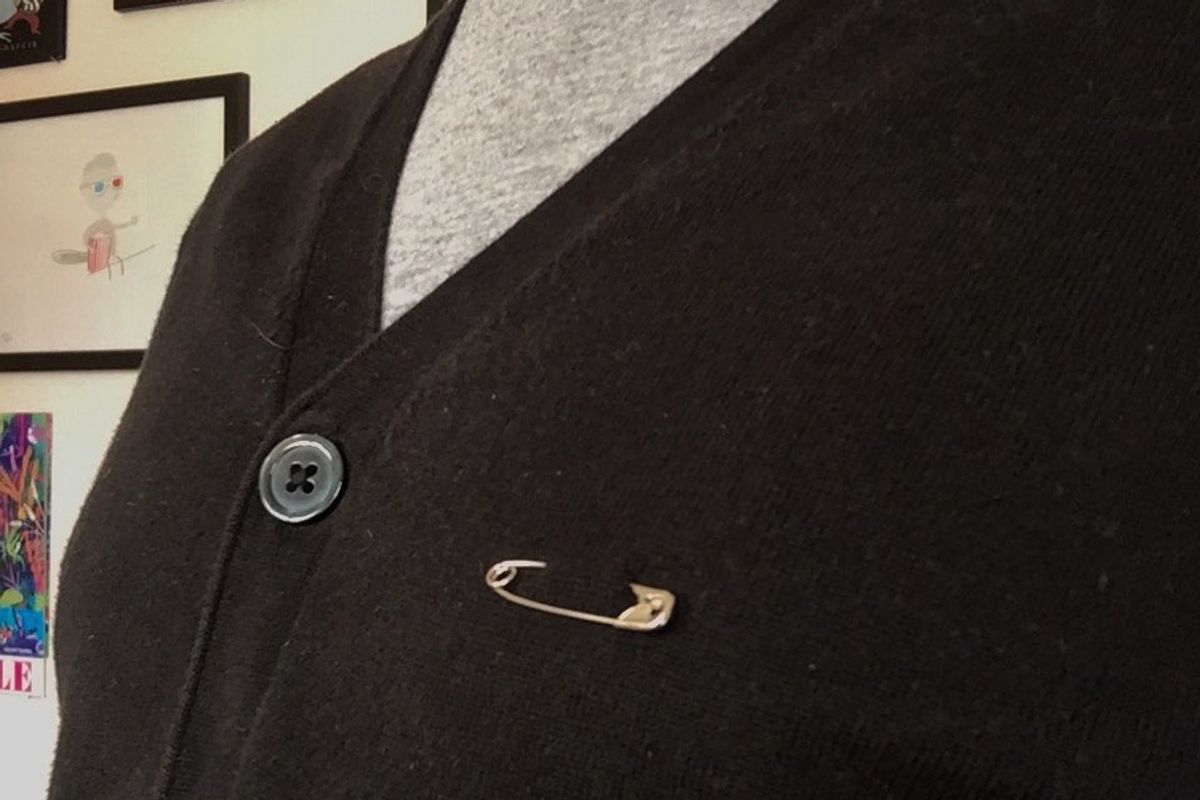 Brits Are Wearing Safety Pins In Solidarity With Immigrants Post-Brexit

But Is It Just Performative Allyship?

Amongst a myriad of shitty things, a huge surge in hate crimes (a 57% increase from this time last year, that is) is probably one of the most shocking and sickening occurrences that have gone down in the UK post-Brexit. So in response, allies have begun wearing empty safety pins to show solidarity with immigrants after user @cheeahs tweeted the following.

The idea being that anyone against the sort of nationalistic, racist violence we've been seeing could identify themselves as a "safe" ally.
— miss pommery 1926 (@cheeahs) June 26, 2016

I'd like to come up with something that can be made by anybody anywhere to pin on their jacket or coat to signify that they are an ally.
— miss pommery 1926 (@cheeahs) June 26, 2016

As a result, the selfie-filled #safetypin tag is now trending on UK Twitter.

No piercing, so my #safetypin is going next to the other symbol of helping others - my stethoscope pic.twitter.com/u5aOhpHYWc
— Dr Keith Grimes (@keithgrimes) June 29, 2016

Wearing a #SafetyPin this morning. Solidarity with those who have made this wonderful country their home pic.twitter.com/6zx9EMTC29
— Mark Ferguson (@Markfergusonuk) June 29, 2016

Which is...nice. However, many first and second-generation immigrants (and mostly POC) have pointed out that a mere sartorial symbol of allyship sans tangible action is pretty useless -- and is actually indicative of the movement being rooted in a narcissistic need to feel good about oneself. Especially when the founder of the entire thing is a white American living in London who told Indy100 that "I'm always having to remind people I'm an immigrant."

It makes me feel sad that people need to resort to meaningless sartorial tricks to feel good, rather than being brave enough to INTERVENE.
— Zing Tsjeng (@misszing) June 29, 2016

Wear your #safetypin with pride! Anything for some much needed attention LOL yay I feel so safe! pic.twitter.com/SrQHeYXhuF
— Ashtíano (@aroueno) June 29, 2016

So if you're going to raid your mom's sewing kit, make sure to actually do something when the opportunity arises...