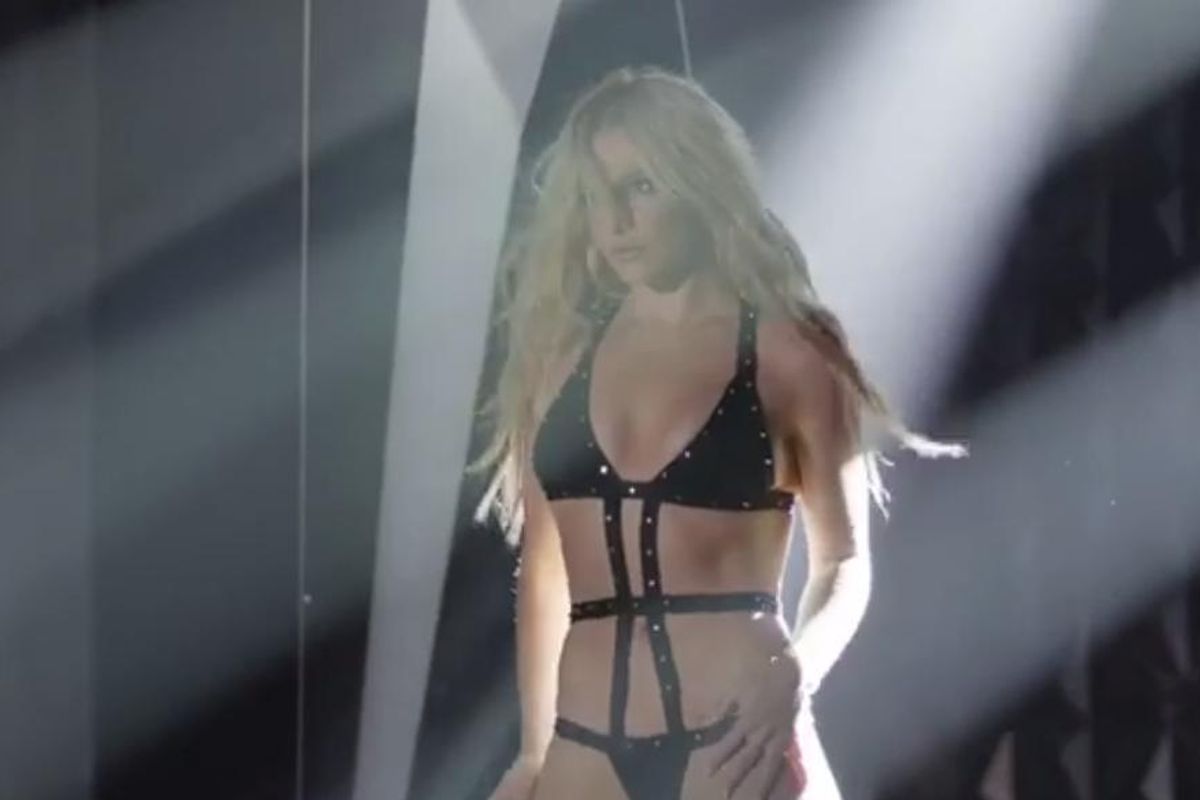 Spears struts her stuff onto an empty stage, reminding the world she's not only in the best shape of her life but also gearing up to take over the world for the billionth time--or rather, slightly disappointingly, just the fragrance world. Private Show will be Spears' 20th perfume since 2004. Her first scent ever, of course, is the iconic Curious. Curious, considered one of the best-selling celebrity fragrances, launched Spears' apparent obsession with aroma.

While fragrances are fine and dandy, the real tease here is that we're all waiting with bated breath on the album she's supposedly been working on.

On Wednesday, ET will be debuting the full commercial--and hopefully more of that snippet of song in the background, which could be from that anticipated album.