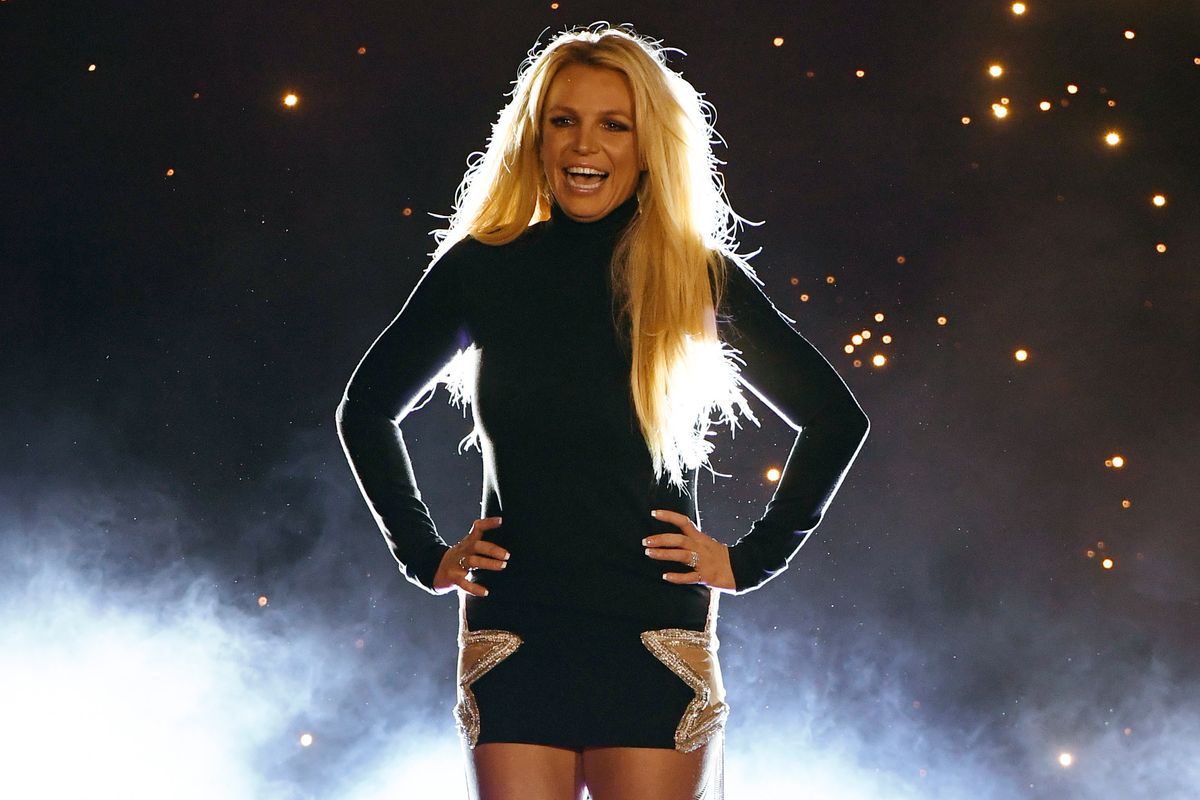 Britney Spears' Body Is Her Own

Ever since Britney Spears reemerged on Instagram, she has reclaimed her place as one of the platform's most delightfully eccentric stars. Lately though, her online presence has been devoted to reminding concerned fans and #FreeBritney theorists alike — via workout videos or happy shots with boyfriend Sam Asghari — that, despite what they may read or hear, "all is well."

Shortly after enjoying a vacation weekend in Miami with Asghari, Spears took to Instagram Stories to propose theories about the root of recent and heightened fan speculation. According to fan account @britneysgram, this was the first time Spears had ever posted a Story. In the video, Spears suggests that, because of the way the media continuously alters her image, news doesn't come from a real place. In doing so, she attempts to take agency of a body that historically has been treated as everything but her own.

Beachy hair, heavy mascara, and all, Spears held her phone camera and addressed fans directly: "Hello, and please don't judge me... I look haggard right now," she said. "But my question to all of you is... a lot of fans in our world today, they're always subject to really criticize people and say that the pictures and videos that they're posting are either not on time, or they're fake."

Spears continues: "But no one ever really asks, 'Are the paparazzi pictures fake? And do the paparazzi people do stuff to the pictures, and is the news really real?' It's a conspiracy theory that I'm actually interested in. Yesterday I went swimming. I look like I'm 40 pounds bigger than I am today."

She points her camera down: "This is how I am right now and I'm skinny as a needle. You tell me: what is real?"

This obviously isn't the first time Spears has been critical of how her image has been portrayed in the media — see: "Piece of Me," and literally all of Blackout — but given the news surrounding her circumstances lately, could it be that she's more aware than usual of those skewed perceptions, given the fact that she appears to have more agency? Online, fans are defending the singer, saying that she "ended the paparazzi," particularly glomming onto her "skinny as a needle" comment, which has already become a meme.

While we understand the polarizing politics of "skinny legend" rhetoric (as recently brought to light by FKA Twigs), what Spears seems to be criticizing is the toxic culture of media-doctored images and paparazzi shots of female celebrity bodies to boost sales, clicks, and views. There's also today's rabid online stan culture that can often fuel and validate such practices, whether intentional or not. But, remember: Britney Spears' body is her own, and how she views it is her business and no one else's.

As if to double down on this point, only hours later, Spears posted another video of herself asking if there is any difference between how she looks (thin and fit) and another edited shot captured by paparazzi she deemed unflattering.

A quick scan of comments in Spears' recent Instagram posts reveals the intense criticism she's been subjected to for her entire career, from pointed questions and comments about her styling and makeup choices to accusing her handlers of drugging her. However, in the above clips, Spears posits that the media has much to do with how she and other famous figures are perceived, not celebrities who "cheat with their images," as some speculate.

And continued obsession with her life, state of mind, and body seems to be driving a rift between Spears and fans, who're tracking who she's following: previously popular fan accounts, but now exclusively famous people and past musical collaborators like Will.i.am, Justin Tranter, and Julia Michaels.

Unfortunately, in a fast-moving digital world, there doesn't yet exist more comprehensive protections from femmephobia, body shaming, and the culture upholding it. Say it with us, to quote an infamous, more justice-oriented meme: "Leave Britney alone."