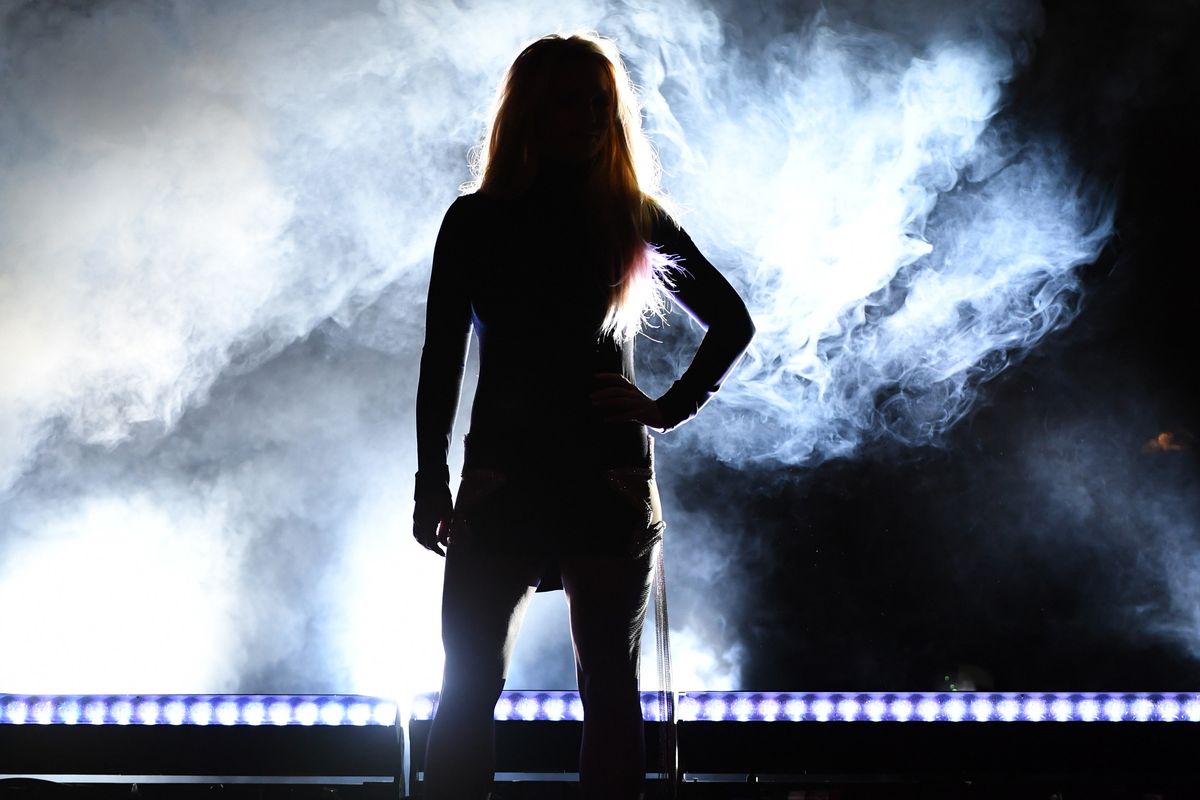 Britney Spears, whose social media presence has famously been one to watch, hasn't posted to her accounts since January 12, and only then to acknowledge the 20-year anniversary of ...Baby One More Time.

As many fans of pop's reigning princess were saddened to learn, Spears' dad Jamie Spears had fallen ill late last year. The news of his illness prompted the singer, who was set to launch yet another Las Vegas residency, Domination, following the blockbuster success of her Piece of Me show, to cancel the commitment, offer refunds, and withdraw from all other professional engagements to tend to her family.

"I don't even know where to start with this, because this is so tough for me to say. I will not be performing my new show Domination," Britney wrote on Instagram. "I've been looking forward to this show and seeing all of you this year, so doing this breaks my heart."

It isn't unusual for stars to take much-needed personal time off — i.e. the career hiatuses of artists ranging from Selena Gomez to Demi Lovato — especially female stars. Society often holds them up to such unrealistic standards and unbearable, unbeatable scrutiny, so it's only natural that some would inevitably decide to completely vanish from public view. Few know this experience quite like the singular Britney Jean Spears of Kentwood, Louisiana.

While Britney tends to her personal life, fans are left to fill in the blanks. "WHERE ARE YOU," people write on Instagram under her most recent post. The post commemorates the 20-year anniversary since the release of her 1999 record-shattering debut, ...Baby One More Time, which went on to become one of history's best-selling albums, racking up 25 million copies sold worldwide. The album's eponymous first single came out in 1998, when Britney was fresh-faced, not yet blunted by the harsh realities of fame, and barely 16. It sold over 10 million copies. Admittedly, this is a seismic, if altogether unfathomable achievement for anyone, let alone Britney, who also has 20 years' experience maintaining that level of success and visibility. But even that's never enough for the most ardent Britney fans.

Britney has obviously learned from her very public past, which notoriously came to a head before and after the release of 2007's Blackout, an album of dark and stormy club cuts that ironically earned Britney some critical acclaim, that, till that point, she had never been rewarded with. Many argue it was her best album to-date. But even then, she was very publicly struggling with what many felt were acute mental health and drug-related issues. There was that divorce, colored wigs, barefoot visits to gas stations, strange accents with reporters, ill-fated run-ins with overly aggressive paparazzi, head shavings, psych-ward visits, a court-appointed estate conservatorship that remains in place. All while raising her two young sons with seemingly little support.

For all of the sturm und drang, Britney seemed to release the best music of her career, and hardly spoke about it. (The grittier videos to album singles “Gimme More" and “Piece of Me" were released with little to no fanfare). For someone who always fully performed at 100 percent — there goes that female pop star perfection expectation again — here she was, flying at half-mast circa 2007. It was almost a dare: Try putting out your best album amid public and personal turmoil and see how it feels. Still, the tabloids spoke more for Britney than she ever could, or, by that era of handlers rushing in to guide her every move, was even "allowed to." Here, again, the public worked overtime to fill in the gaps Britney couldn't.

Related | What If Britney Spears Really Wasn't That Lucky?

The quiet Britney seems to be experiencing now, 10 years after the world watched her unravel, seems based in wisdom and love, even if the public feels her silence is shrouded in secrecy. It's almost as if when Britney says she's focusing on her family, the world doesn't believe her. What is she really up to? Everyone always wants to know. We're curious, too (obviously). Does that curiosity make us sick or simply seeking? Perhaps we just love a well-timed, strategic comeback. But, what are we trying to get from Britney that she hasn't already given us? Isn't 20 years of public visibility enough public service?

One outlet that has covered Britney's comings and goings for decades is Entertainment Tonight. Last month, with no new Britney updates in sight, they eagerly reported that in light of her father's 28-day hospitalization following a ruptured colon, he's now recovering smoothly and "doing much better." Of course, this probably all means that Britney, even if she herself is eager to get back to work, as work is all she's ever known, is still... expected to get back to work.

The public is filling in the silence again by reaching out online in message boards and commenting on posts from the singer's collaborators, such as Blackout producer, Danja. They are ready for a new album, which would be her first since 2016's Glory. "#B10," folks are calling it, and posting the hashtag under anything that sounds remotely like a potential Britney groove.

I suppose #B10 will come whenever Britney decides she has something to say — whenever she is ready to give us, the insatiable masses, more.