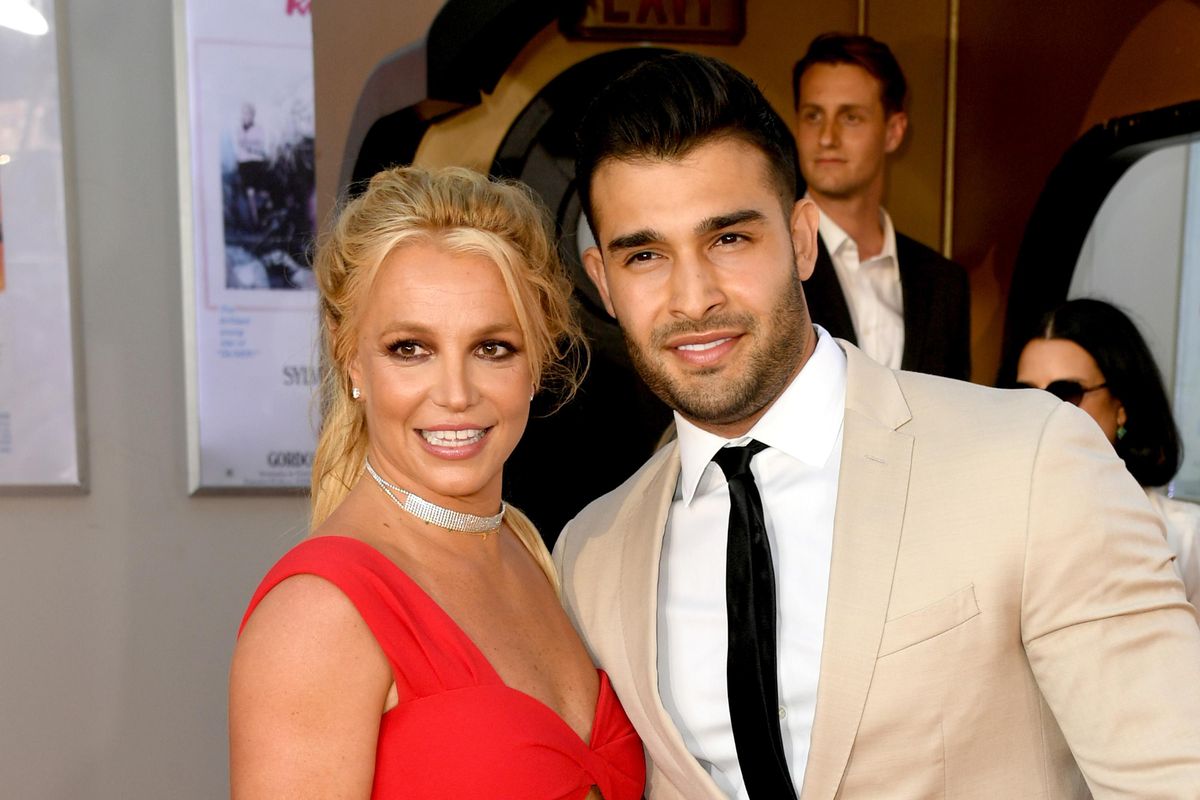 Britney Spears' longtime boyfriend is speaking out against her father amid her conservatorship battle.

In the wake of the New York Times's Framing Britney Spears documentary, there's been renewed interest in Britney's controversial twelve-year conservatorship and her attempts to remove Jamie Spears' as her sole conservator — a position which gives him control over her entire estate and personhood.

And though boyfriend Sam Asghari has remained notably quiet amid the case, on Tuesday morning, he finally made a rare public statement about Jamie Spears following the documentary's release.

"Now it's important for people to understand that I have zero respect for someone trying to control our relationship and constantly throwing obstacles our way," Sam wrote in his Instagram Stories. "In my opinion, Jamie is a total dick."

And while Sam didn't provide further details for the sake of his relationship's privacy, the Iranian-born personal trainer did go on to say that he "didn't come to this country to not be able to express my opinion and freedom."

Additionally, Sam — who's been in a relationship with Britney since 2016 — issued a statement in response to the outpouring of support for the star following the documentary's release.

"I have always wanted nothing but the best for my better half, and will continue to support her following her dreams and creating the future she wants and deserves," he told to People on Monday. "I am thankful for all of the love and support she is receiving from her fans all over the world, and I am looking forward to a normal, amazing future together."

Britney, however, has yet to publicly comment on the documentary. That said, many believe that she alluded to it in a cryptic Instagram video that shows her saying, "The moment we've all been waiting for last week," before pausing to add, "the Super Bowl."

"IN MY OPINION JAMIE IS A TOTAL D*CK. I WON'T BE GOING INTO DETAILS BECAUSE I'VE ALWAYS RESPECTED OUR PRIVACY BUT AT THE SAME TIME I DIDNT COME TO THIS COUNTRY TO NOT BE ABLE TO EXPRESS MY OPINION AND FREEDOM." pic.twitter.com/imS8QrfykE