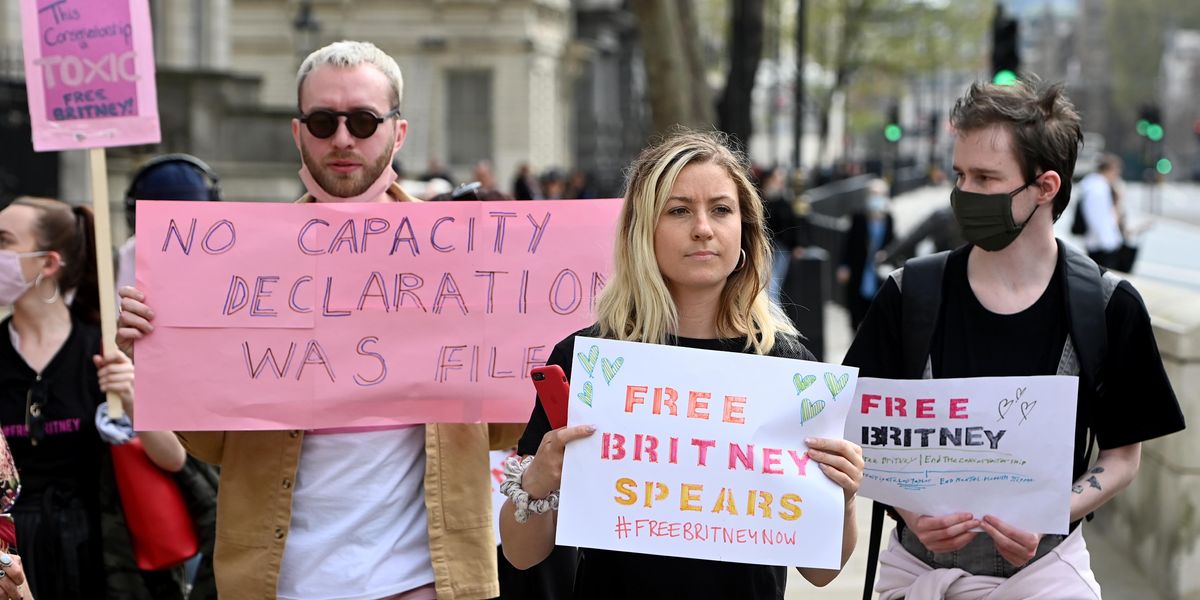 Over the past decade, the #FreeBritney trend has moved from the stan darknet to the pop culture mainstream. Today, it's poised to become a fully legitimate movement with potential to change legal precedent — as well as Britney Spears' own personal situation.

Related | Inside the #FreeBritney Stan Movement

Supporters of Spears, who has been under a strict conservatorship — meaning she has zero control over her financial or other life decisions, even those so basic as taking a vacation or going on a date — since her very-public breakdown 13 years ago, have long alleged that she is fully capable of living independently.

They cite evidence that the pop star, who has starred as a judge on The X-Factor, released new music and headlined a Las Vegas residency in recent years and appears to have wholly moved on from the infamous head-shaving incident, is mentally healthy enough to control her own estate. They also argue that Spears' father Jamie Spears financially benefits from maintaining control over her. This is hard to dispute: Jamie receives a $16,000 monthly check, direct from his daughter's bank account, for his conservator duties.

Appearing in court this afternoon, Spears will make her first ever public testimony about the conservatorship. She is reportedly poised to request that her father be permanently removed from as her conservator. (Also relevant: this morning Spears' longtime boyfriend Sam Asghari made an unusually powerful statement by posing in a #FreeBritney t-shirt on Instagram. He's previously called Jamie Spears "total dick.")

Although this particular court hearing concerns only whether or not Jamie Spears is fit to continue in a conservator role, it's thought that Britney will speak out against the conservatorship as a whole, and even request that it be dissolved. Newly-released court documents show that she has actually been fighting her conservatorship for longer than previously thought. On Tuesday, the New York Times obtained previously sealed court documents from 2016 that revealed Britney was "sick of being taken advantage of" as the "one working and earning her money," while "everyone around her is on her payroll." She also went on to state that she wanted the conservatorship to end as her father, Jamie Spears, was "obsessed" with controlling every aspect of her life.

Disturbing new details about Spears' lack of control over her life include allegations that she was forced to perform live while running a high fever, and that she is forced to live off of a $2,000-a-week stipend, despite her multi-million-dollar fortune. In one instance, Spears was not allowed to paint her kitchen cabinets because the renovation was deemed too expensive.

It's a concerning situation to say the least. Even the literal ACLU has publicly lent its support to the pop star, tweeting that her case raises issues about abusive conservatorship agreements. "People with disabilities have a right to lead self-directed lives and retain their civil rights," the organization tweeted last summer. "If Britney Spears wants to regain her civil liberties and get out of her conservatorship, we are here to help her."

This is a huge day, and we're hoping that the outcome is a good one for a true pop icon and legend who deserves to enjoy her hard-earned money. The hearing begins at 1:30PM PST, and TMZ (who admittedly haven't been the greatest allies to Spears over the years, as Framing Britney Spears made clear) will be running a live blog.