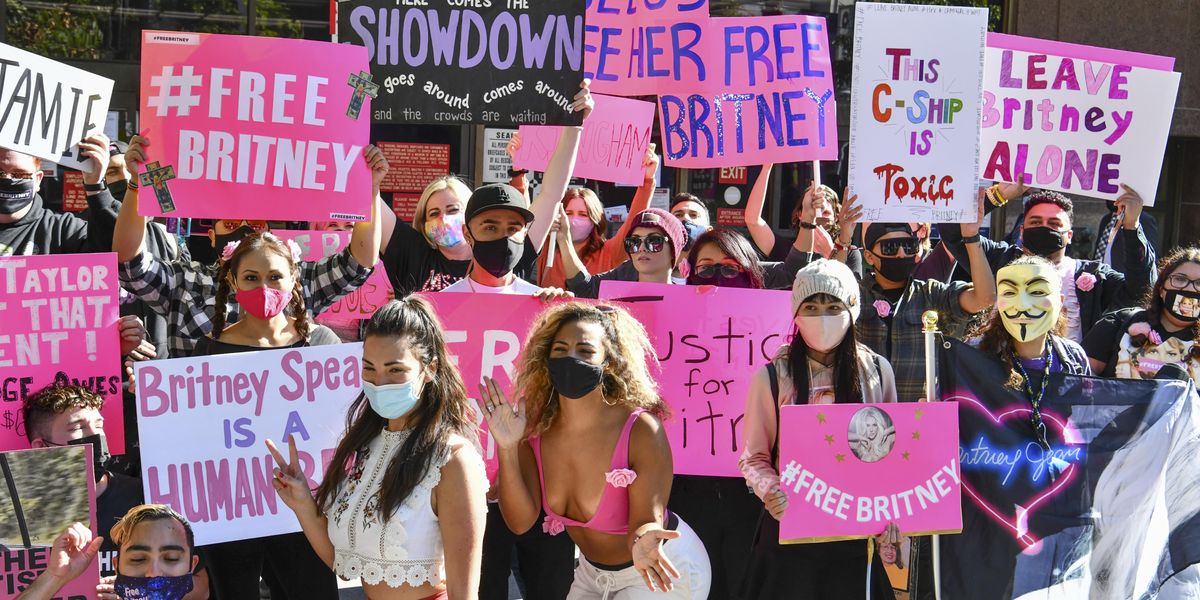 On July 14th, a radio station supporting Britney Spears' fight to be free of her conservatorship will be taking over the United States.

Variety reports that in more than 50 radio markets from San Francisco to Atlanta, stations are expected to take part in a "day of solidarity" pop-up station that's seemingly timed for her next court hearing.

All throughout the day, Spears' supporters will be able to tune in and hear not just some of her greatest pop hits, but also live messages from fans, information from reporters, messages of support from celebrities, and even an interview with lawyer and conservatorship expert Lisa MacCarley.

This initiative was created by 98 degrees member Jeff Timmons, who's known Spears for more than 20 years. He teamed up with audio production company Benztown to create the program that's driven by his own experiences dealing with the California court system — one that he refers to as "fucked up" to Variety.

Timmons also gave his opinion on Britney's conservatorship, saying that he doesn't believe that she ever needed it.

"I don't think Britney was ever out of control to a point where she needed this conservatorship," Timmons said. "The media showed Britney falling off the rails, but that was salacious. In this business, everybody goes through ups and downs. It's a rollercoaster and things become surreal. At certain points, it all piles up and you reach breaking point, but that's just human existence. Anybody in her circumstances would've had a meltdown. Physiologically, alone, it was probably exhausting."

Timmons support comes as a means of showcasing the world supporting her. "Radio stations have prospered from Britney's great songs, so this is an ode to her and her music," he said. "It'll show stations and artists support Britney getting her life back."

Speaking in a statement, Benztown president Dave Denes also echoed Timmons' belief. "The more stations across the U.S. that join the #FreeBritney movement and re-brand as 'Free Britney Radio' for this one important day, the bigger impact we will have in making her voice heard," he said.

Make sure to tune in tomorrow and check out Spears' support stations. For more information, click here.