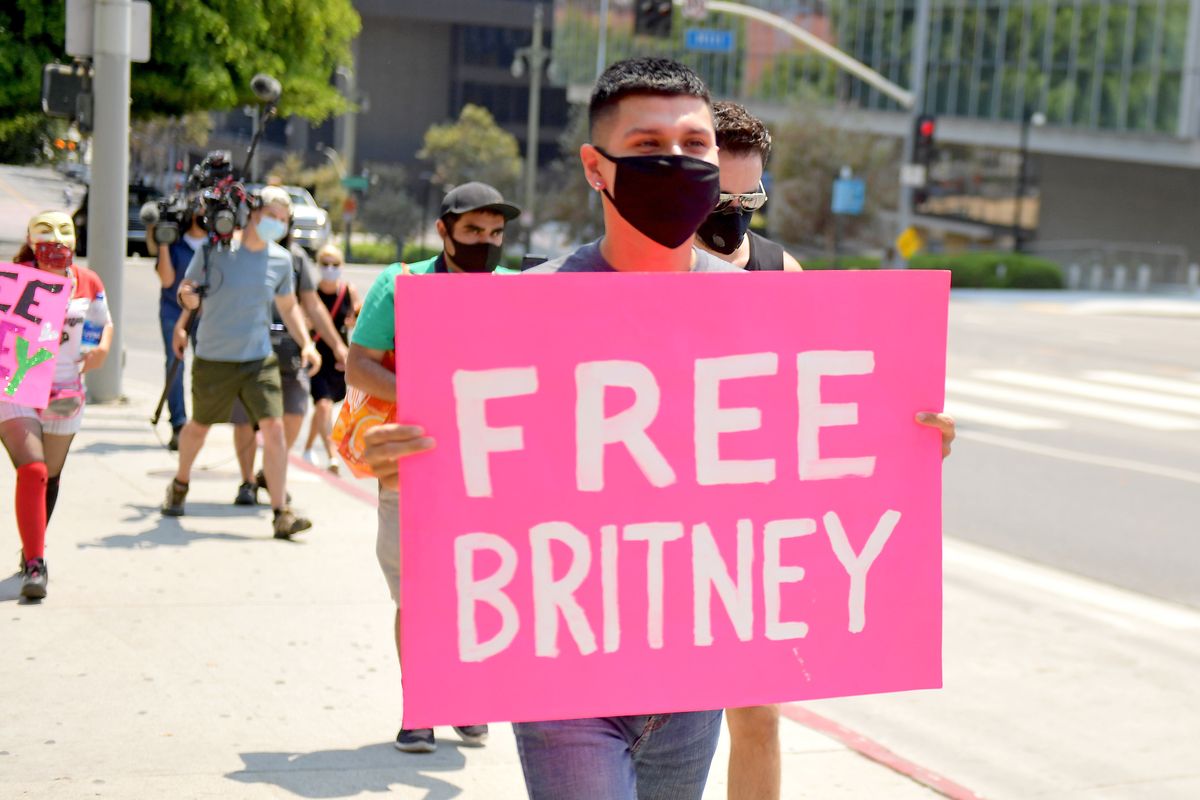 The #FreeBritney camp suffered a major setback today in the ongoing fight to free pop star Britney Spears from her court-mandated conservatorship.

A judge reportedly declined the singer's request to have her father, Jamie Spears, suspended from his current role as her conservator, where he's largely responsible for overseeing Britney's finances and personal life. Britney had been seeking to have her father removed or replaced since early 2020, following the resignation of co-conservator, Andrew Wallet.

The judge refused to issue a ruling, but left the door open for future petitions. Britney's attorney, Samuel D. Ingham III, indicated they were already prepared to do so. The judge also allowed corporate fiduciary, the Bessemer Trust, to be appointed as a co-conservator overseeing the estate. Britney's team, however, has already voiced concerns that Jamie will be reluctant to cooperate — a characterization her father has denied.

This August, Britney's sister, Jamie Lynn Spears, was named as a trustee ensuring that the singer's bank accounts and personal possessions would be given to her children in the event of a tragedy. As of now, Britney's father still maintains control over most aspects of her life.

Britney also previously called for the conservatorship proceedings to be made public in an effort to promote more transparency but was meant with resistance from Jamie once again who called the growing #FreeBritney movement a "conspiracy theory."

According to Britney's lawyers, Jamie has repeatedly left her out of the loop regarding key career decisions such as the recent appointment of a new business manager after her previous one resigned. "My client has informed me that she is afraid of her father," Ingham told the judge today in court. "She will not perform again if her father is in charge of her career."

This comes just days after Britney posted another Instagram video — in what has become a long line of cryptic, beguiling posts — addressing all the comments and conversations surrounding her this year. "I'm fine," she claimed. "I'm the happiest I've ever been in my life."