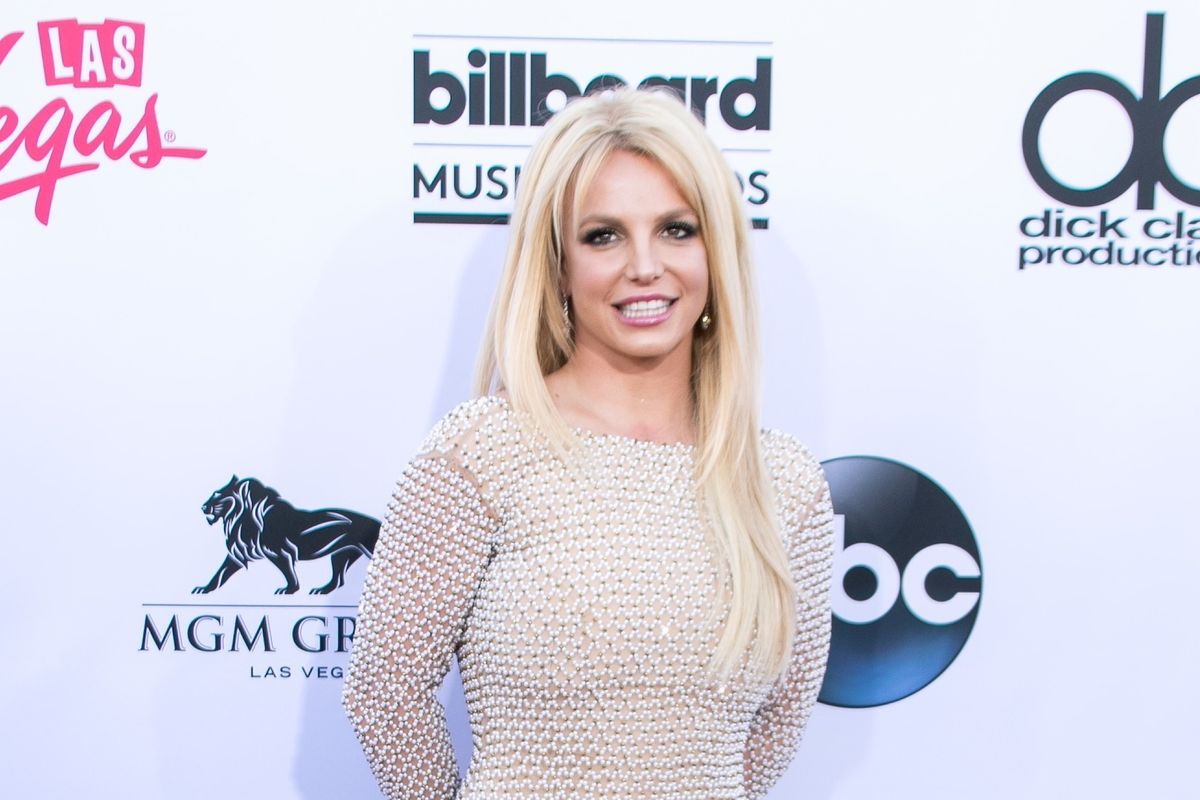 Happy Birthday, Britney! Why the Pop Star Is One of the Greatest Reflections of Her Generation

Through ups and downs, Britney Spears is one of the few relatable celebrities.

The first time I heard '…Baby One More Time' was, appropriately enough, at a sweet sixteen party held in a bowling alley called 'The Tangerine.' A group of girls were marking the choreography and were talking about someone named Britney, who I took to be perhaps a mysterious out-of-towner crashing the party. Had I seen the video? No. Was this a new Spice Girl? Um, no. Mystified, I went home and watched MTV and simply waited until the video came on. When it finally did late that night I knew instantly who it was: Britney from the Mickey Mouse Club. We were officially teenagers.

A week later her first David LaChappelle Rolling Stone cover appeared on newsstands to much hand wringing by parents and pundits, so naturally I went out and bought it. I didn't understand what all the fuss was about. She was like the girls I knew but with back-up dancers. I remember thinking the black bra was more tame than tarty and why did everyone care so much; it couldn't have been anything further from sexual to me, though I was still legally a child at the time and so was she. The article was strange, talking about her breasts and legs and why couldn't everyone leave her alone?

By the summer of 1999 she was officially the Teen Queen, in warm-up pants, crop tops and butterfly hairclips. MTV's TRL was our generation's Oz and Britney Spears its lithe Dorothy. Were she and her fellow pop stars an answer to the decade's earlier brooding grunge? Maybe. But there was something else at play, something more pre-ordained. She was the leading player in an ensemble cast of bubbly teens who converged from the ether right as a nation of teenagers, the largest group since the baby boom born into the most prosperous economy in history, grew up, started having sex and piercing their belly buttons.

Fast forward to Thursday Sept. 6, 2001. The image of Spears strutting around the stage of the MTV VMAs with an albino snake appeared to be lifted directly from Caligula, if not entirely an allusion to an empire in debauched excess. That live, snake-writhing footage has become,in retrospect, a flash point of 'where we were' as a culture in the moments before the world changed; held up as a sign post of either our indecency by moralists or of a carefree sexual liberation to the rest. Whatever your position, there she was at the very center of it. The rumor was she did 1000 crunches a day while at the same time subsisted entirely on fast food and Pepsi, for whom she was the highest paid spokeswoman in history. That is the magic of a 19-year-old body; a body that had become the envy and at once the property of an encroaching public.

Within the week an awards show performance could not have been further from anyone's mind. There was, as we all remember, a deeply patriotic, flag-waving urgency sweeping the nation and, uncannily and without missing a beat, there was Britney on the cover of November Vogue, draped across the stars and stripes in a photo by Herb Ritts. The breathless pivot from sweaty sex goddess to Rita Hayworth apple pie pin-up captured both moods so fully that it seemed like some kind of zeitgeist magic. I remember seeing the issue at my college bookstore thinking, how did they do that so quickly? My guess is they simply shopped in a flag beneath a pre-scheduled cover but the effect was powerful. It was as though you could throw anything on her, any national mood, whatever was in the air and it made sense.

She was a cipher for whatever was the prevailing spirit; she could smile and make it work, without much calculation. But you can only throw so much onto a person for so long. Later, we watched the inevitable push back from a decade of scrutiny and public living; looped paparazzi videos and photos on TMZ or Perez Hilton showed Britney's head-shaving and hospital stays. While her fans were shocked and dismayed at what we were watching, why were we? How could any of us understand the anger and fear that comes from a life of constant surveillance? And who among us has not gone a little mad as they negotiate their 20s? With each new grainy tabloid cover ("Shear Madness", "Britney's Meltdown") I thought, yes, I would do the same thing; she was just as relatable in those moments as in any of her TRL interviews. What followed these unsettling episodes were tearful sit down interviews with prime time talking heads, the logical -- and less magical, less sexy -- next step. We were officially adults.

Then, miraculously (or maybe not), there was a gradual settling in. Like all of us entering our 30s, Britney seemed to be tying up loose ends and quietly accepting her life and resolving to find some peace with it. For her, this came in the form of raising her two children, a steady gig where she regularly sold out shows in Vegas, and a new song here and there. Now I think of her as someone I would run into at my high school reunion, a young mother, in the prime of life, but still fun and goofy. Like the girls dancing to "...Baby One More" time at a bowling alley. That she still has the zeitgeist pull on the world as she did at the start of the millennium, I'm not so sure. But for those of us who grew up right alongside her, there is still that reflective quality; she's less a voice of her generation than a mirror to all its qualities, both bright and dark. Which is all to say, happy birthday, Brit! We've been through a lot together.