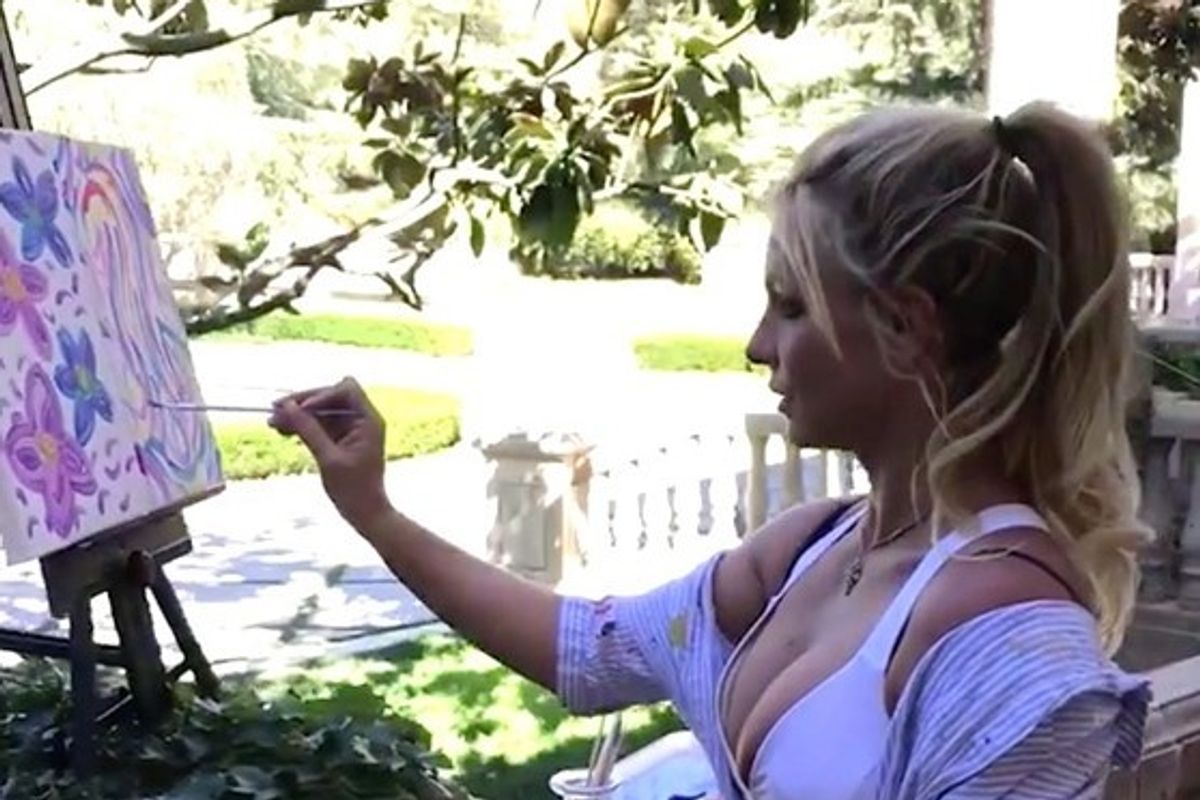 These days, the one, the only Britney Spears has been sharing plenty of evidence on Instagram that she is living her best life and "taking this transition... to focus on what [she] really wants" after what's been a challenging personal year. And what she "really wants" seems to include a career pivot into the fine arts.

Related | The Perfect Inauthenticity of 'Oops!... I Did It Again'

In a recent Instagram post shared by Galerie Sympa, which claims to represent Spears, the gallery announced a solo exhibition in the pop icon's name, located in Figeac, France. "Party in France," indeed!

"We're thrilled to announce that we will be opening @britneyspears first solo show in a contemporary art gallery on Saturday January 18 2020, from 6-9PM," the post reads. According to the website, the show is set to end "when the world ends" –– a cheeky reference to her 2011 hit of the same name. The news is all very sudden, and also quite vague.

Adding to our curiosity is the fact that the show will apparently be titled Sometimes you just gotta play!!!!!!, named after an Instagram video caption showing Spears painting in the middle of her garden while Mozart plays in the background. The range she has!

The floral piece depicted in the poster was made back in 2017. In that same year, Spears donated the piece to the Venetian's Vegas Cares benefit concert, who then allocated proceeds for a commissioned art piece memorializing the victims of the Las Vegas massacre. It was both auctioned and bought by Robin Leach of Lifestyles of the Rich and Famous for $10,000.

The gallery has also shared an image with the hashtag #FreeBritney on Instagram and has made a link to it on their website. The hashtag refers to last spring's fan-based movement based on Spears' ongoing conservatorship.

But is any of this real? Details about Spears' involvement in the art show, including whether or not she will appear at or otherwise promote it remain unknown. PAPER has reached out to the gallery for details regarding the exhibition. This story will be updated in the event they respond.