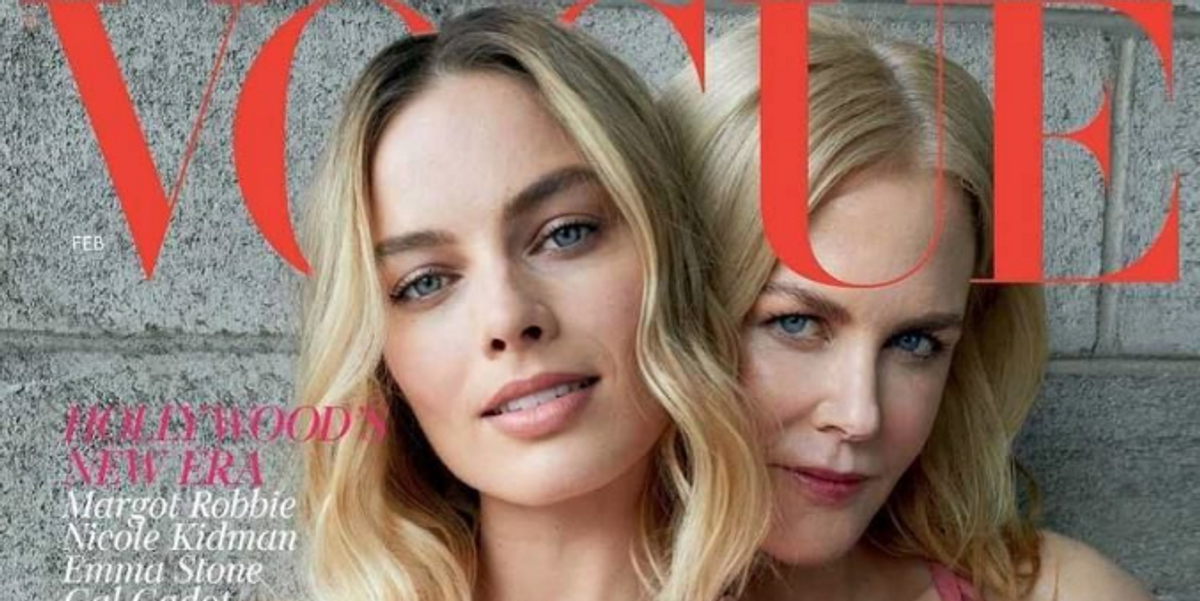 New British Vogue Cover Has the Industry Scratching Its Head

Edward Enninful's appointment as the new editor-in-chief of British Vogue was widely celebrated as a marker of a new era in fashion — and it absolutely is — but the latest cover of his magazine shows that change rarely happens overnight, especially in publishing.

The special Hollywood February issue, shot by photographer Juergen Teller, was posted to British Vogue's Instagram account and quickly became a topic of conversation on social media for its seemingly tone-deaf cover line "Why We Need to Talk About Race" next to Margot Robbie and Nicole Kidman's faces and a list of mostly white actresses of "Hollywood's New Era."

"why we need to talk about race" pic.twitter.com/OjIkmhitCi
— laia. (@geometricsleep) January 3, 2018

The need is very much there, apparently! https://t.co/YODj3dXfuV
— Connie Wang (@conniewang) January 3, 2018

???? yt cover, all but one cover list of "hollywoods new era" but ????? idk how i feel about this this is very "fashion capitalizing on activism" pic.twitter.com/bpuP9WjwRN
— Diva Mukherji (@divamukherji) January 3, 2018

As the iconic magazine's first Black, queer male editor, Enninful is under a lot of pressure to switch things up. And there are high hopes for what he plans to do with his new title. After his appointment was announced, close friend Naomi Campbell posted a photo of British Vogue's lily-white staff under previous editor Alexandra Shulman, writing that she was looking forward to an "inclusive and diverse staff" under Enninful's leadership.

And he started his reign off strong, with his first cover featuring Model of the Year Adwoa Aboah, photographed by Stephen Meisel and stunning in a Marc Jacobs headscarf. He followed that up with a Taylor Swift cover that while disappointing to some was undeniably a big get. It's possible he's still experimenting, and trying not to get boxed in to any one corner or lane. Hopefully the next cover will be a bit — or a lot — more inclusive.