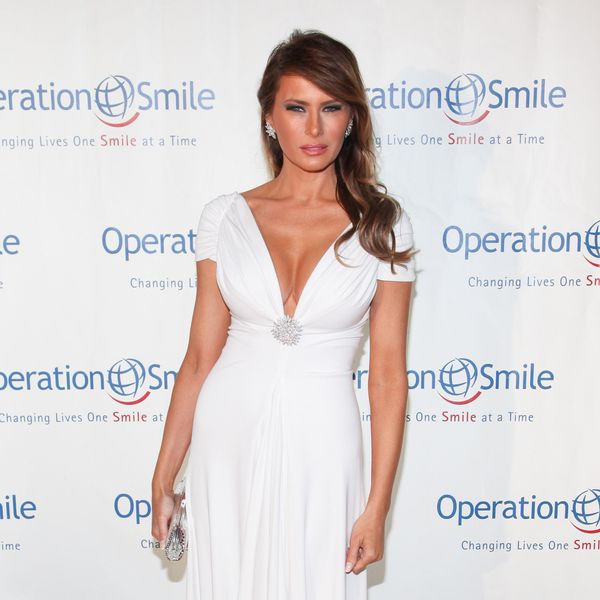 French president Emmanuel Macron met last week with President Trump. The two repeatedly hugged and even used gold shovels to plant a symbolic oak tree (which has since been removed and investigated in case it carries diseases).

Today, Brigitte Macron, the first lady of France, sat down with The Guardian and discussed her trip, describing Melania Trump as "actually really fun," but unfortunately extremely limited. She went on to say that she herself has a lot more freedom than Melania, adding, "She can't even open a window at the White House. She can't go outside. She's much more constrained than I am. I go out every day in Paris." Nevertheless, she continued to describe the First Lady as "kind, charming, intelligent and very open."

There have long been speculations that Melania Trump is unhappy at The White House — There's even a #FreeMelania hashtag circulating on the Internet. Photos recently spread of the First Lady at Barbara Bush's funeral. Seated next to former President Barack Obama, she looked happier than she often does with Trump, causing people to wonder if she feels trapped in her relationship with the president.

Trump and Melania also made headlines recently when, during a photo opportunity with Emmanuel and Brigitte Macron, Melania clearly did not want to hold his hand, moving her hand away from him as he repeatedly tried to hold it.