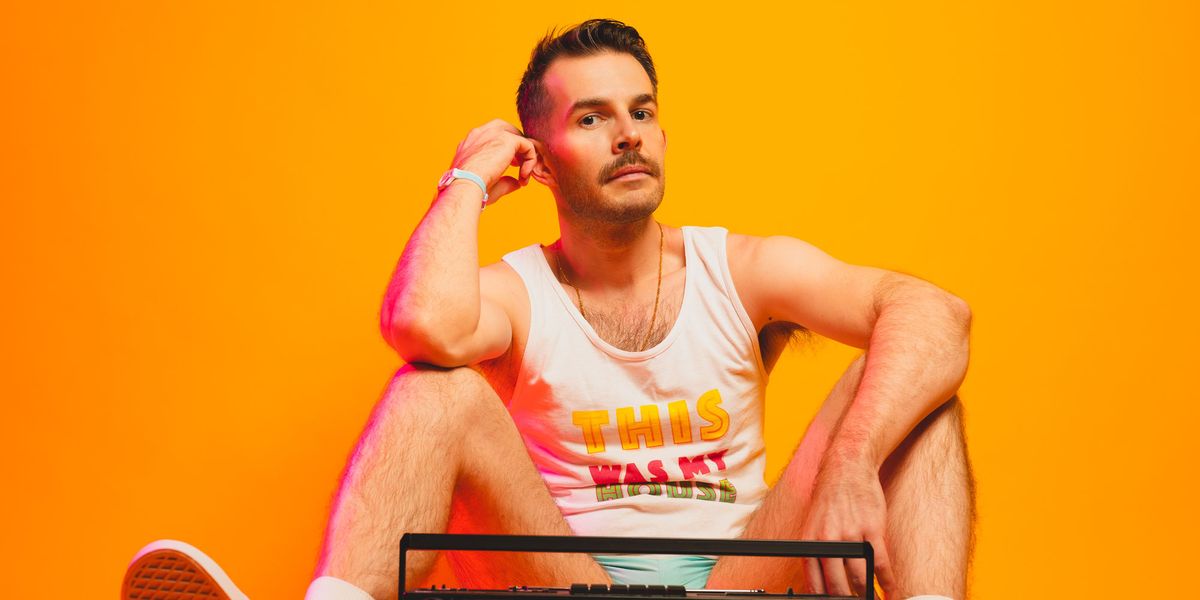 In the TikTok era, it's not every day that we get a perfect disco song. There's the Mark Ronson school of revivalism and Lady Gaga and Dua Lipa's interpolations, but nothing like Bright Light Bright Light AKA South Wales-born musician Rod Thomas' new Studio 54-worthy single premiering on PAPER today, "This Was My House."

The disco-house hybrid is crafted from a syncopated clockwork beat and retro effects sounds like spandex and mustaches and hips in motion. "This was my house and I was not supposed to worry 'bout it/ This was the place that I was not supposed to fear," Thomas sings in a seductive staccato.

"This Was My House" is his contribution to the canon of songs not just readymade for the dancefloor, but explicitly honoring its significance to queer people (think MUNA's "I Know A Place"). He sings, "It's cold outside/ And this should be my shelter/ Nothing here is comfort to me/ Oh it's cold outside/ But I can brave the weather/."

"The song is about how the safe spaces for the LGBTQ+ community have been fractured of late with a palpable uprising of anti-LGBTQ+ and xenophobic rhetoric, which is scarily even more real now as these public space are closed for the forseeable future due to the COVID19 pandemic," Thomas tells PAPER. "LGBTQ+ people — most notably trans women — are attacked and killed at an alarming rate, and so this song is a fierce statement that every living person deserves to feel safe in the place they call home, whoever you may be."

On another level, "This Was My House," calls back to queer history and LGBTQ icons through the voices of longtime Madonna backup singer duo Niki Harris and Donna De Lory, who back Thomas up on the track. "For my generation, Madonna's 'Truth Or Dare' and its ensemble opened the door to LGBTQ+ culture, so having Niki & Donna on it means the world to me," he says. The song was produced by Initial Talk, best known for his 80's remixes of songs like Dua Lipa's "New Rules" and Rihanna's "Bitch Better Have My Money."

The 37-year-old has made a name for himself in the UK touring with the likes of Elton John, Cher, Erasure, Ellie Goulding and The Scissor Sisters, even collaborating with John on 2016's "All In The Name." As the US catches on, we'll be hearing a lot more from Bright Light Bright Light. "This Was My House" is the debut single from Thomas' new album Fun City, which he calls "a love letter to the LGTBQ+ community, celebrating its history and present."

"Fun City is written as an album to soundtrack difficult times and bring some hope, joy and sass to the world," says Thomas. "It's named after a quote by John V. Lindsay, mayor of New York City in 1966 who saw a crippling transit strike on his first day, but said he still thought of New York as a "fun city". The idea of a deeply flawed but still beautiful world is what the album is about, so I thought it was a fitting image for how the LGBTQ+ world has had to find laughter and solidarity in face of prejudice through history, dancing through pain and living for love in spite of hate. The songs look at how LGBTQ+ people stay strong, focused and creative through times of social and political hardships, and is inspired by the legacy of artists from Sylvester, Erasure, Scissor Sisters and Hercules And Love Affair who have been bold, visible and pioneering through the years to give LGBTQ+ people shining beacons of hope."