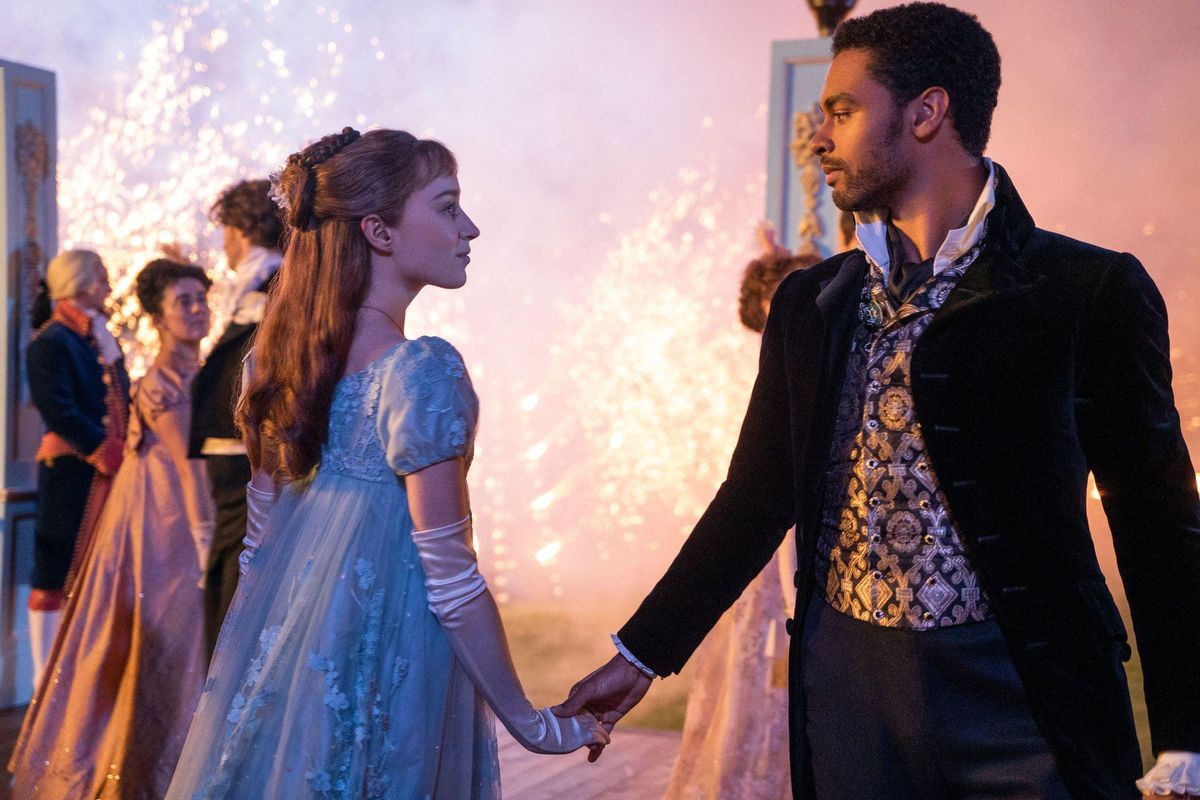 Speaking with the Sun, an insider familiar with the show, the cast and Netflix itself, said that Phoebe Dynevor and Regé-Jean Page, who play socialite Daphne Bridgerton and the Duke of Hastings respectively, are reportedly "devastated" that their work on the show is being exploited on adult platforms.

"Bridgerton's sex scenes appearing alongside some of the most obscene material the web has to offer has sparked horror and anger," the insider said. "Raunchy set pieces have contributed to the buzz but it is a prestige drama based on best-selling novels. To peddle scenes as pure smut is beyond the pale."

Dynevor recently spoke with The Wrap about the importance of the intimacy on display in Bridgerton, detailing what she thinks it says of her character's evolution.

Related | TikTok Is Already Working on 'Bridgerton: The Musical'

Dynevor continued, "She's very empowered and she really does have her own voice and she doesn't want to love anyone that she doesn't love — even though she's not really sure what love is when we first meet her. But also, no one has told her about her sexuality, she doesn't know what sex is or lust or all of those feelings. So we get to discover that with her on the journey, which is a really lovely aspect of it, along with the female gaze that runs through the show."