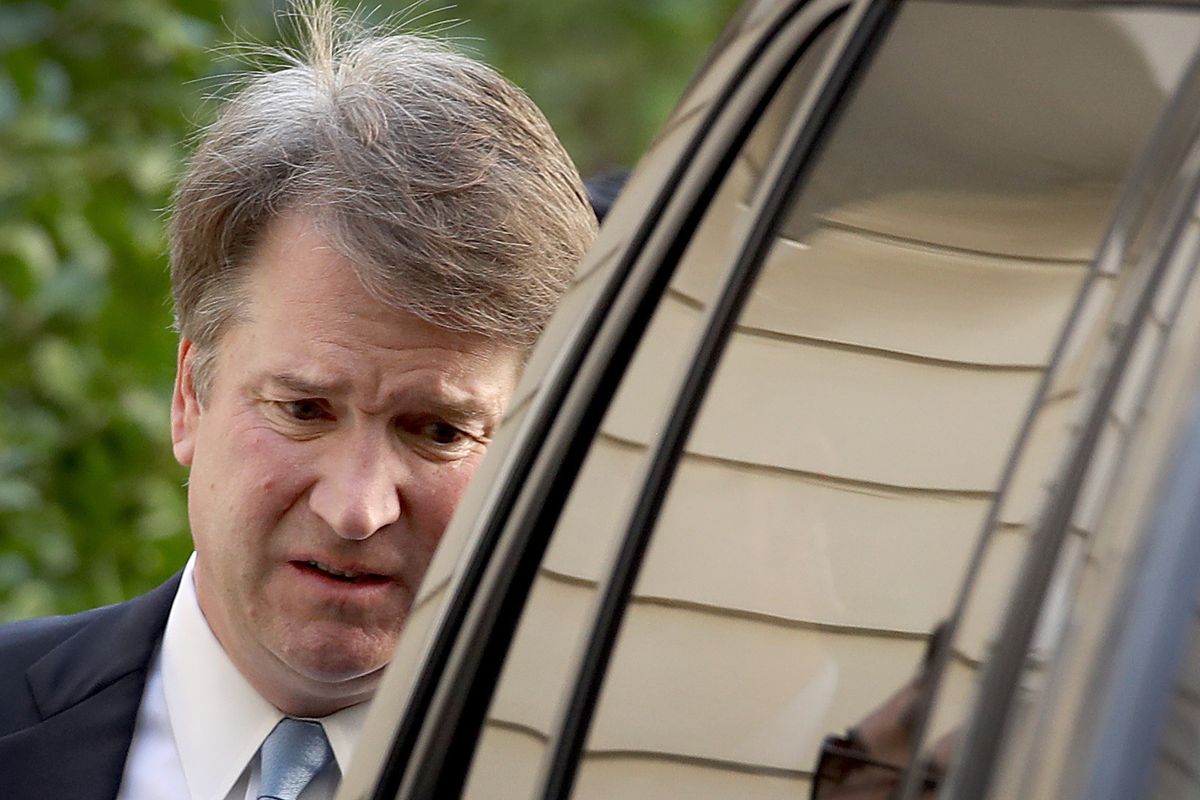 Supreme Court nominee Brett Kavanaugh is facing a third accusation of sexual misconduct and assault. Julie Swetnick, who attended school near Kavanaugh in Maryland, has given a sworn affidavit stating that in high school in the early 1980s, the judge would participate in efforts to get girls drunk at parties so that his group of friends could have sex with them.

Below is my correspondence to Mr. Davis of moments ago, together with a sworn declaration from my client. We demand… https://t.co/W07DcY6bKq
— Michael Avenatti (@Michael Avenatti)1537972955.0

Swetnick, who is represented by Stormy Daniels' lawyer, Michael Avenatti, says she has a "firm recollection of seeing boys lined up outside rooms at many of these parties waiting for their 'turn' with a girl inside the room [...] These boys included Mark Judge and Brett Kavanaugh."

Swetnick said that she saw Kavanaugh, Judge, and others give girls drinks to make them "become inebriated and disoriented so they could then be 'gang raped' in a side room or bedroom by a 'train' of numerous boys."

Related | Both Kavanaugh And His Accuser Will Testify Before Congress

She says that she too was drugged, possibly with Quaaludes, and raped by multiple young men at one of these parties, and that Kavanaugh was in attendance. Swetnick also maintained that Kavanaugh's claim during a Fox News interview that he was a virgin during high school, and "for many years after," is absolutely false, stating in her affidavit that she "witnessed Brett Kavanaugh consistently engage in excessive drinking and inappropriate contact of a sexual nature with women during the early 1980s."

In recent weeks, Kavanaugh has been accused of exposing himself to a fellow student while at Yale, and of attacking Christine Blasey Ford, now an academic in California, at a high school party. Dr. Balsey says that Kavanaugh held her down, groped her, and attempted to take off her clothes. She is scheduled to testify before the Senate Judiciary Committee on Thursday.

In prepared remarks set to be delivered before the committee, Kavanaugh unequivocally denied her allegations, saying that he was "not perfect" in high school and that he drank beer with friends on the weekends, sometimes indulging in "too many."

"In retrospect, I said and did things in high school that make me cringe now," said Kavanaugh. But he maintains that he "never did anything remotely resembling" what Ford alleges. He described the additional accusations as "last-minute smears, pure and simple," intended to keep him from being appointed to the court.

Multiple witnesses have signed affidavits saying that Dr. Blasey told them about the assault at various points over the years, including some from well before Kavanaugh's name was brought up as a nominee to the Supreme Court.

"She said that she had been almost raped by someone who was now a federal judge," Adela Gildo-Mazzo, a friend of Dr. Blasey's, told the New York Times. Gildo-Mazzo said she was told about the assault while the two were eating at a pizzeria in 2013. "She told me she had been trapped in a room with two drunken guys, and then she escaped, ran away, and hid."

Republican senators seem confident that Kavanaugh will be confirmed regardless.