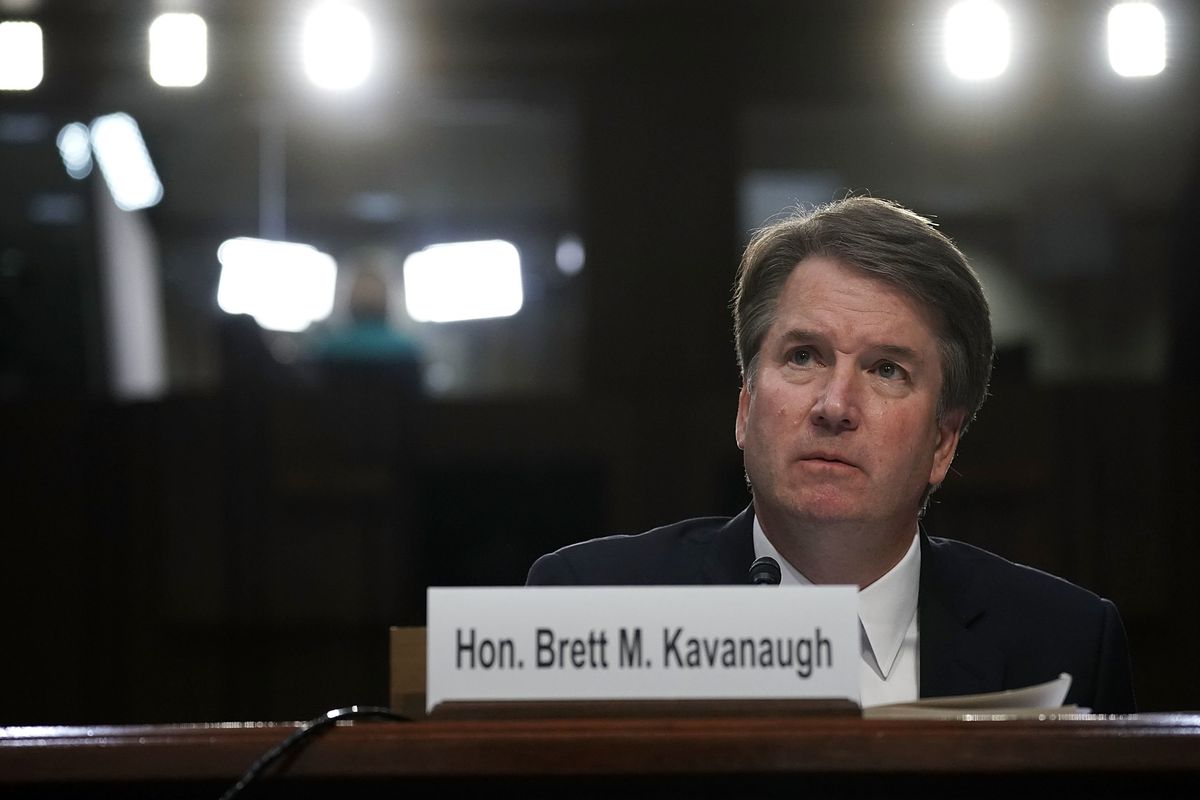 A Woman Has Accused Brett Kavanaugh of Sexual Assault

A woman who knew Supreme Court nominee Brett Kavanaugh as a teenager has accused him of sexual assaulting her at a party in the early 1980's, while the judge was a student at Georgetown Preparatory School.

The accusations have emerged via a letter that the accuser sent California senator Dianne Feinstein earlier this summer. On Friday, she and other senior Democrats turned the letter over to the F.B.I. for investigation.

A new report in the New Yorker by Ronan Farrow and Jane Mayer reveals that the author of the letter claims that Kavanaugh trapped her in a room, "held her down" and "attempted to force himself on her." The letter explains that she ultimately able to extricate herself, but details how Kavanaugh "covered her mouth with his hand" and one of his friends "turned up the music that was playing in the room to conceal the sound of her protests."

Kavanaugh immediately denied the claims in a statement via the White House: "I categorically and unequivocally deny this allegation. I did not do this back in high school or at any time."

The letter was first sent to the author's congressperson, Representative Anna Eshoo in July, after Kavanaugh's nomination was announced, as well as Feinstein, who was slated to question him in the nomination hearings. Neither legislator chose to publicize the letter until this week, due to issues of confidentiality, until rumors and mounting pressure convinced Feinstein turn the letter over to the F.B.I.

Feinstein explained in a statement: "I have received information from an individual concerning the nomination of Brett Kavanaugh to the Supreme Court," adding, "That individual strongly requested confidentiality, declined to come forward or press the matter further, and I have honored that decision. I have, however, referred the matter to federal investigative authorities."

The F.B.I. has stated that the letter has been added to Kavanaugh's background file, although an official has confirmed to the New York Times that no investigation has been opened. The Judiciary Committee plans to move ahead with the committee vote on Kavanaugh's nomination on September 20.

The White House and Republican senators are accusing Feinstein of utilizing the information to influence the nomination.

"Throughout his confirmation process, Judge Kavanaugh has had 65 meetings with senators — including with Senator Feinstein — sat through over 30 hours of testimony, addressed over 2,000 questions in a public setting and additional questions in a confidential session. Not until the eve of his confirmation has Senator Feinstein or anyone raised the specter of new 'information' about him," said White House spokeswoman Kerri Kupec.

Following the New Yorker's report today, Chairman of the Judiciary, Republican Senator Chuck Grassley shared a letter defending Kavanaugh, signed by 65 women claiming to have known the nominee in high school: "We are women who have known Brett Kavanaugh for more than 35 years and knew him while he attended high school between 1979 and 1983. For the entire time we have known Brett Kavanaugh, he has behaved honorably and treated women with respect."

The ultimate impact of the accusations on Kavanaugh's chances of confirmation remain unclear, in light of both the increasing pressure from #MeToo advocates — and the continued election and employment of various legislators facing unresolved allegations of sexual misconduct.

Republicans are arguing that the accusations are too unsubstantiated to factor into the nomination.

Critics of the Republican response to the allegations are casting doubt on the significance of the letter Kavanaugh's high school acquaintances, and arguing that the speed with which it was released implies that Republicans knew about the accusations and prepared the letter beforehand.

We are to believe that Republicans on @senjudiciary assembled this list of 65 women, none of whom could have attend… https://t.co/SdQXzRLPus
— Jamil Smith (@Jamil Smith)1536942586.0

Let's pause to appreciate what a complete idiot @ChuckGrassley is. By releasing the "65 women say Kavanaugh is not… https://t.co/fSqPZ20Qnm
— Matthew Chapman (@Matthew Chapman)1536940908.0