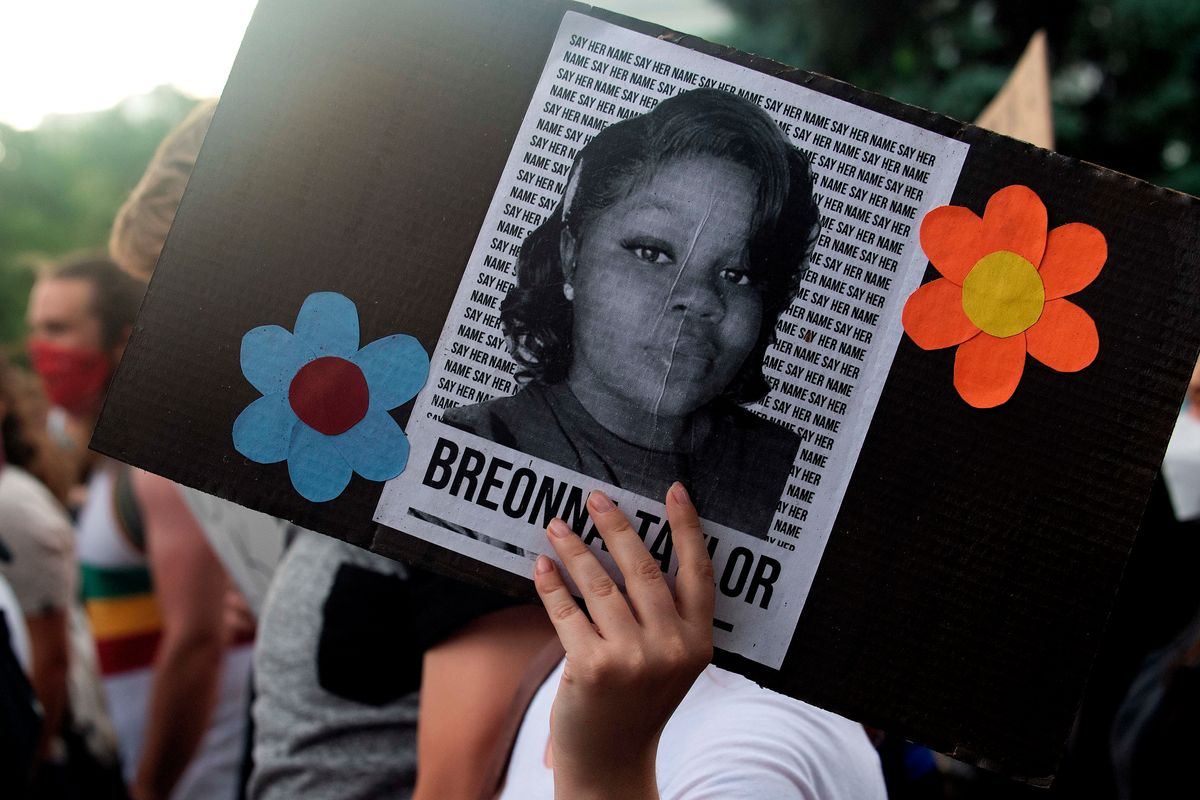 Louisville Officer Involved in Breonna Taylor's Death to Be Fired

An officer involved in the death of Breonna Taylor will be fired by the Louisville Metro Police.

On Friday, Louisville, Kentucky mayor Greg Fischer announced that the LMPD would be initiating termination procedures against officer Brett Hankison, one of three plainclothes officers who used a "no-knock" warrant to enter Taylor's apartment as part of a drug investigation.

On March 13, Taylor — a 26-year-old emergency room technician — was shot eight times while sleeping after her boyfriend, Kenneth Walker, fired a warning shot from his licensed gun, believing there was an intruder. In the wake of the shooting, Walker was arrested and charged with attempted murder of a police officer, though the charges have since been dropped.

According to a report from the Louisville Courier Journal, Hankison is being accused by LMPD interim chief, Robert Schroeder, of violating procedure and using deadly force against a person who did not pose an immediate threat when he "blindly" fired 10 rounds into Taylor's apartment.

"I find your conduct a shock to the conscience," Schroeder wrote in a letter to Hankison, in which detailed his termination. "I am alarmed and stunned you used deadly force in this fashion." He also added that Hankison was disciplined last year for "reckless conduct that injured an innocent person," but did not share further details pertaining to that case.

That said, the two other officers involved in Taylor's death — John Mattingly and Myles Cosgrove — have yet to face any disciplinary action, though they've since been put on administrative duties amid the investigation and accompanying FBI probe. As such, in the wake of Mayor Fischer's announcement, the attorneys representing Taylor's family in their suit against the LMPD called for the prosecution of all three officers.