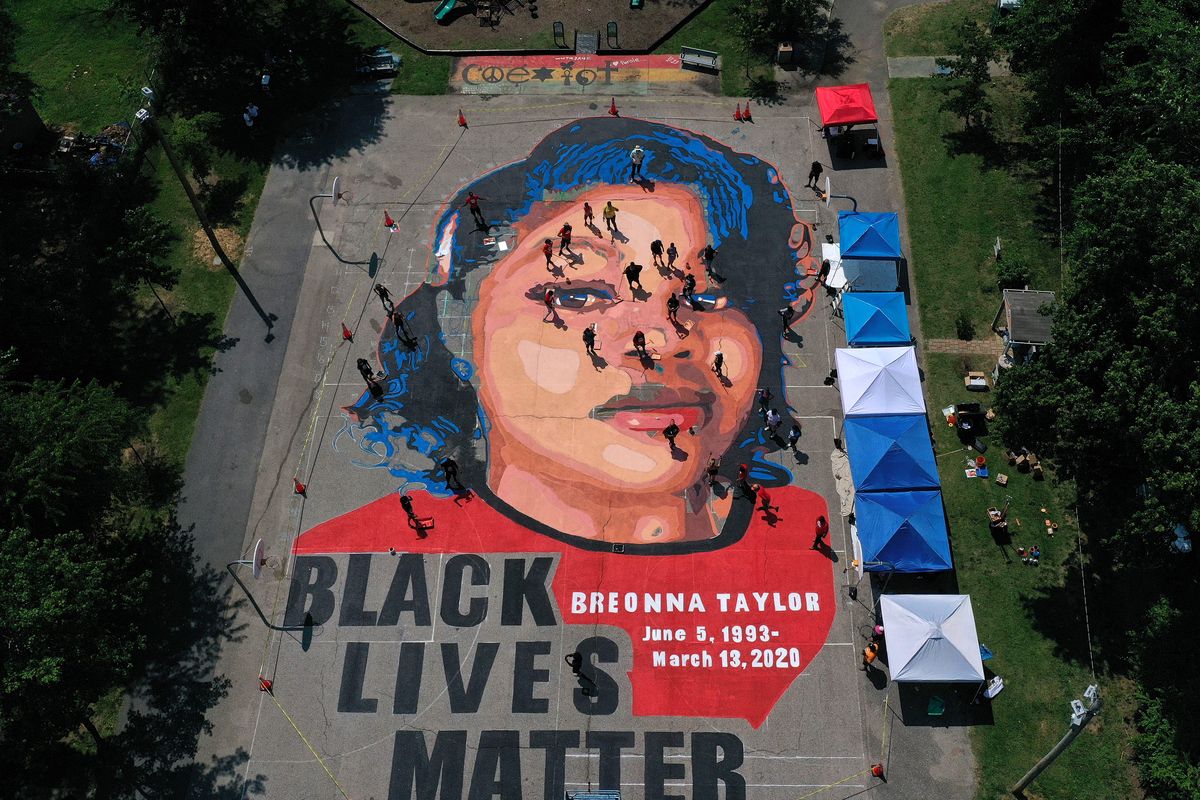 The petition asking for justice for Breonna Taylor has hit 10 million signatures on Sunday — four months after her tragic killing at the hands of Louisville Metro Police officers. It's officially the second largest Change.org petition in history, just behind the petition for George Floyd, which hit 19 million.

People from all 196 United Nations registered countries signed the viral petition, which was started by law student Loralei HoJay. The petition is calling for all officers involved in the shooting to be charged, for the government to pass legislative changes, and for compensation to be given to Breonna Taylor's family.

So far, only one officer has been fired from the Louisville Metro Police. Former officer Brett Hankison has not been charged.

The petition is asking for at least 500,000 more signatures to reach its goal. And there's still a need to continue calling and e-mailing Kentucky legislators to demand justice on behalf of Taylor. According to a press release by Change.org, this week, over 1,000 calls have been made to legislators each day using their call tool, CallforBreonna.com.

"Breonna did not deserve to die. She should still be with us," HoJay wrote in a recent update to the petition page. "Please keep calling and emailing — I will continue to work to the best of my ability to get justice for Breonna."

If you haven't already, you can sign the "Justice for Breonna Taylor" petition here. For more ways to contribute to the cause, read this.