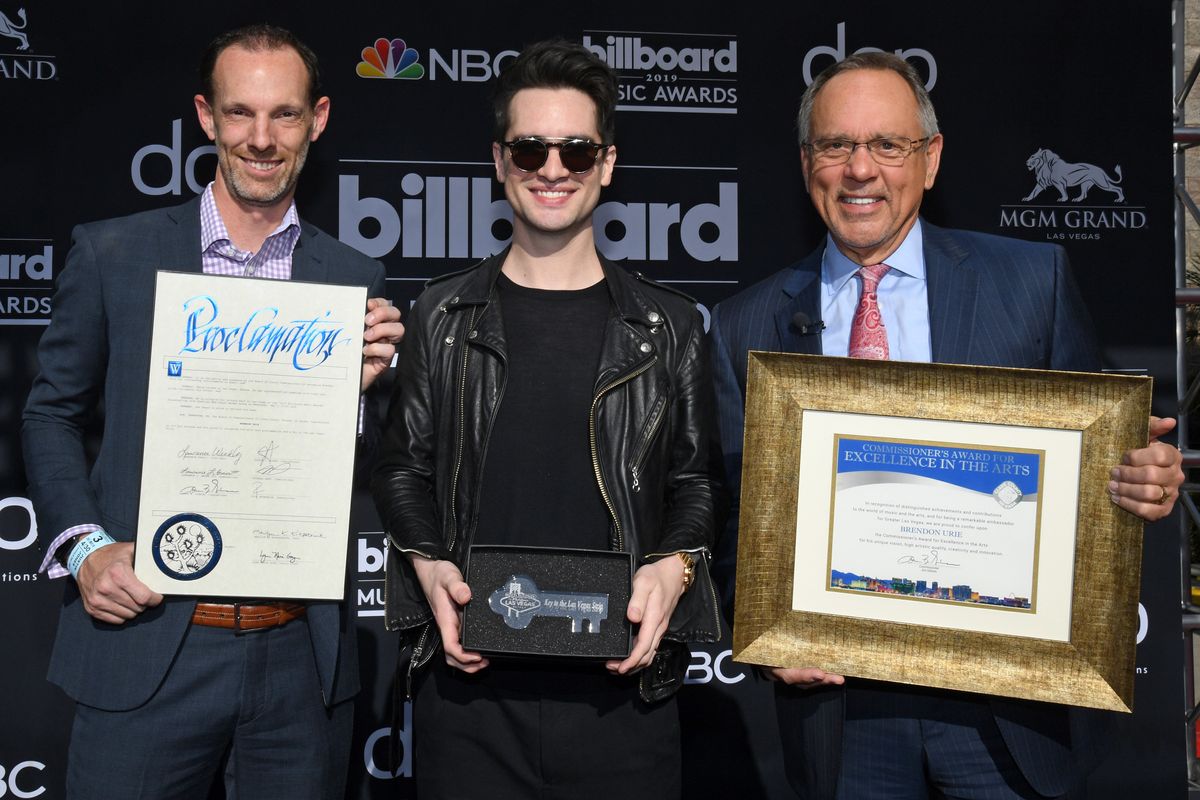 Finally, some good news. Queer emo icon Brendon Urie, frontman of Panic! at the Disco and recent surprise Taylor Swift collaborator, has received the key to his hometown: Las Vegas. Congratulations, Brendon! This should quite frankly have happened sooner.

After receiving his key this morning, Urie's Vegas celebrations are set to continue at the 2019 Billboard Music Awards tomorrow night. The ceremony will take place in the city's Grand Garden Arena, and Swift is set to join him on stage to perform "Me!" live for the first time. How they plan to recreate the song's pastel-colored Jojo Siwa-esque video clip remains to be seen.