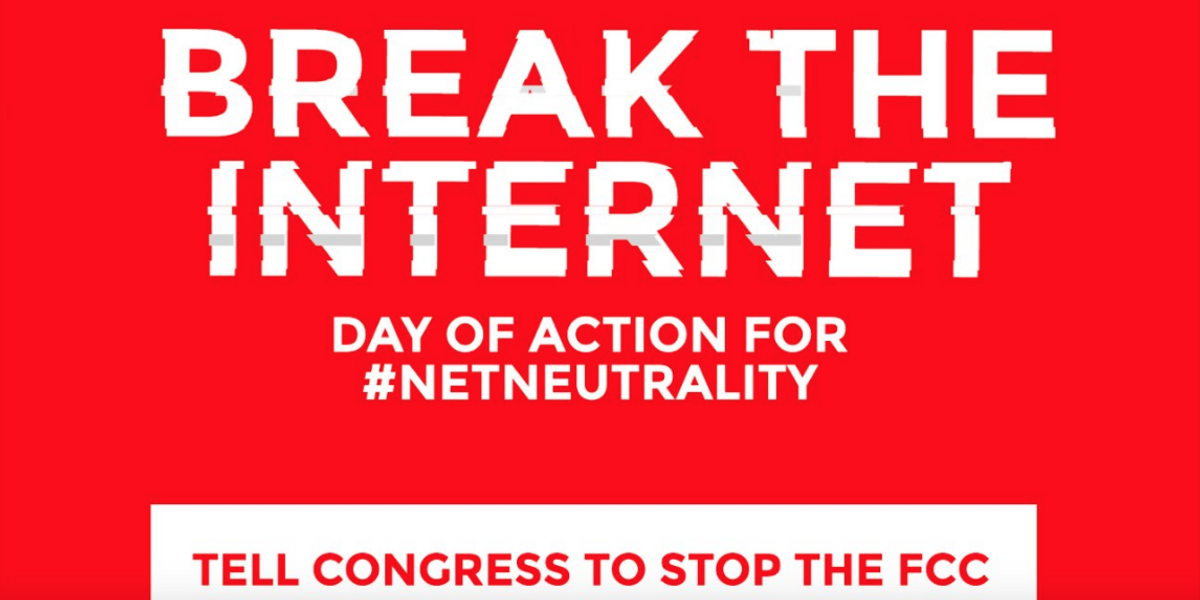 The debate over net neutrality is currently raging at the Federal Communications Commission (FCC), where a vote will take place on Thursday over a proposal by Trump's FCC chairman, Ajit Pai, to dismantle the rules in place now.

Current net neutrality laws keep the lanes of the internet, so to speak, relatively toll free. Doing away with the current rules could mean that companies like Amazon or Verizon could force you to buy apps in bundles — for instance, if you want Instagram, you could have to pay for FourSquare too, just like a cable package. It could also mean that some content won't be as easily accessible, or even accessible at all, leading to concerns about censorship and inequality in accessibility.

The digital revolution has given people across the globe the power to access historically unheard of amounts of information, and while that has led in some cases to the spread of misinformation, in America at least the internet has remained an unregulated vessel of knowledge, real or fake. Smashing net neutrality laws would mean the end of one of the few areas of American life that still holds any semblance of just that — neutrality.

A new poll from the University of Maryland's Program for Public Consultation shows that more than 80 percent of voters oppose the FCC's plan to repeal net neutrality rules, and even Republican senators are calling on Congress to protect the law. Now, several websites are putting up a quasi-online protest, called #BreakTheInternet, led by the nonprofit organization Fight For the Future, to show users what it would be like if the net neutrality repeal passes.

"Websites, startups, apps and businesses large and small are already helping drive phone calls to Congress using creative widgets, modals, and banners that show what the Internet might look like if ISPs can control what users do with throttling, censorship, and new fees," Fight for the Future wrote in a press release.

#BreakTheInternet also began trending on Twitter, led by the ACLU (though this time no iconic PAPER shoots were involved):

The FCC is days away from killing the free and open internet. Those of us who use the internet for resistance can't afford to lose this fight. #BreakTheInternet pic.twitter.com/lcC5487lI7
— ACLU (@ACLU) December 12, 2017

This is an Internet emergency. Less than 48 hours left until the vote to kill #NetNeutrality. #BreakTheInternet to demand that Congress #StopTheFCC. Take action: https://t.co/1YLx94ov02 via @IDLtweets
— Stephen Fry (@stephenfry) December 12, 2017

#NetNeutrality dies in 2 days unless we stop this.

To learn more about net neutrality and how to stop its repeal, head here.

Image via Fight for the Future