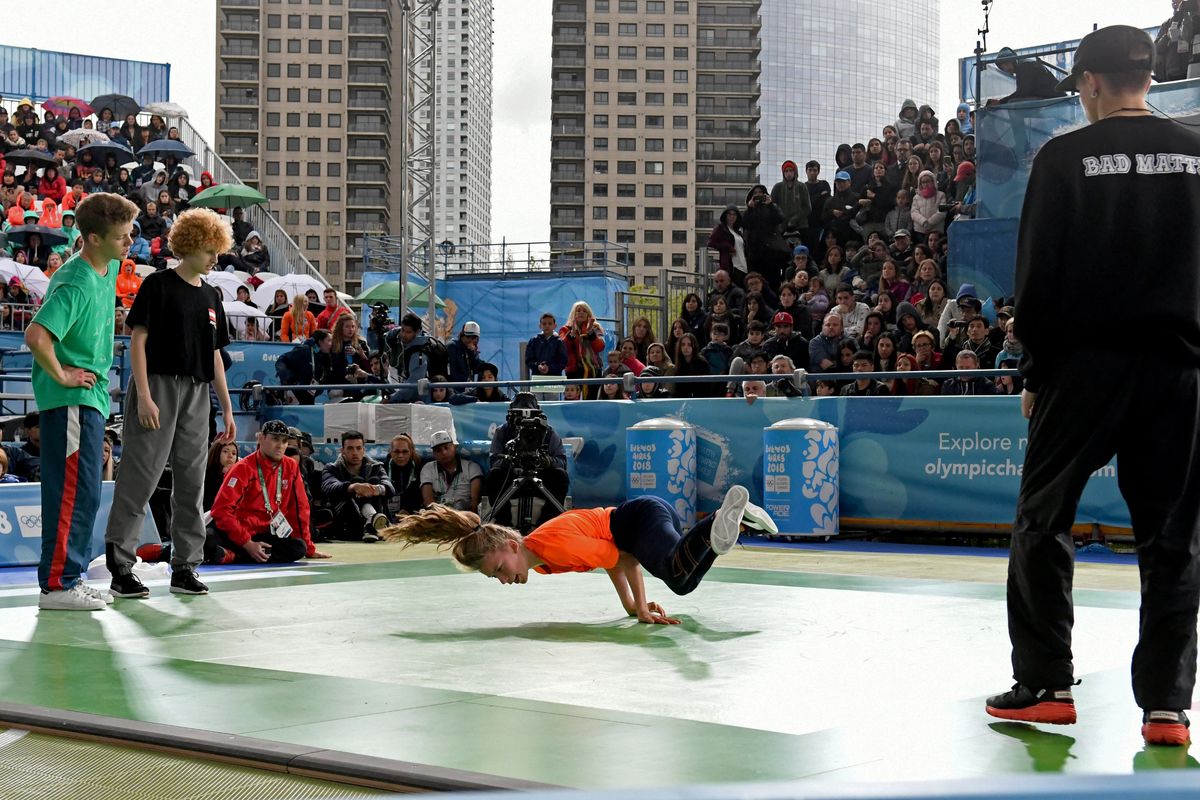 Breakdancing Wants to be an Olympic Sport in 2024

Every four years, nations around the world come together to watch a handful of athletes compete for two weeks in series of sports no one would otherwise pay attention to, in what we have come to know as the Olympics. A massive spectacle that always tries to outdo itself with increasingly elaborate over-the-top ceremonies, the Olympics are certainly known for their marquee events, such as swimming, track and field, and gymnastics, but it is weird quirky sports, like badminton, rhythmic gymnastics, and dressage, that really give the event its charm. If you haven't walked into a sports bar in the dead of summer to see a very prim horse trotting sideways across a stadium plastered across massive flatscreens above the bar and not taken some modicum of joy out of the absurd experience then you, my friend, have not lived.

But like the constantly shifting landscape of society, the Olympics too must reevaluate and tweak their roster of events to stay current with the times. Next year's Tokyo Olympics will see the debut of Skateboarding, Surfing, and Climbing, but it is a recent proposal from the organizers of the 2024 Paris Olympics that has us fully awake.

According to new reports, organizers are currently strongly considering Breakdancing as their addition to the fluctuating lineup. The International Olympic Committee has already said that the proposed addition fits with their goal of making the Olympics more "gender-balanced, more youth-focused and more urban." So that's a pretty promising sign.

If you're having trouble picturing it, an Olympic breakdance competition would likely be styled after those going on today. Divided into two individual categories, b-boys and b-girls, as well as mixed teams, routines would be scored by a panel of judges that would award points based on a variety of factors such as execution, difficulty, and style. Think figure skating but with hip-hop flair. Breakdancing has already had a dry run as an Olympic sport at the 2018 Youth Olympic Games in Buenos Aires, so there is precedent.

Ultimately, the final decision will left to the IOC when they meet in June. While you may not expect it, France actually is home to the largest breakdancing population outside of the United States which is why the Paris Olympic Committee hopes that by making it an official sport they will be able to appeal to a much younger (and much needed) audience in 2024. Fingers crossed that the IOC sees the appeal because the prospect of "Olympic Breakdancing" as a concept is too tantalizing pass up.