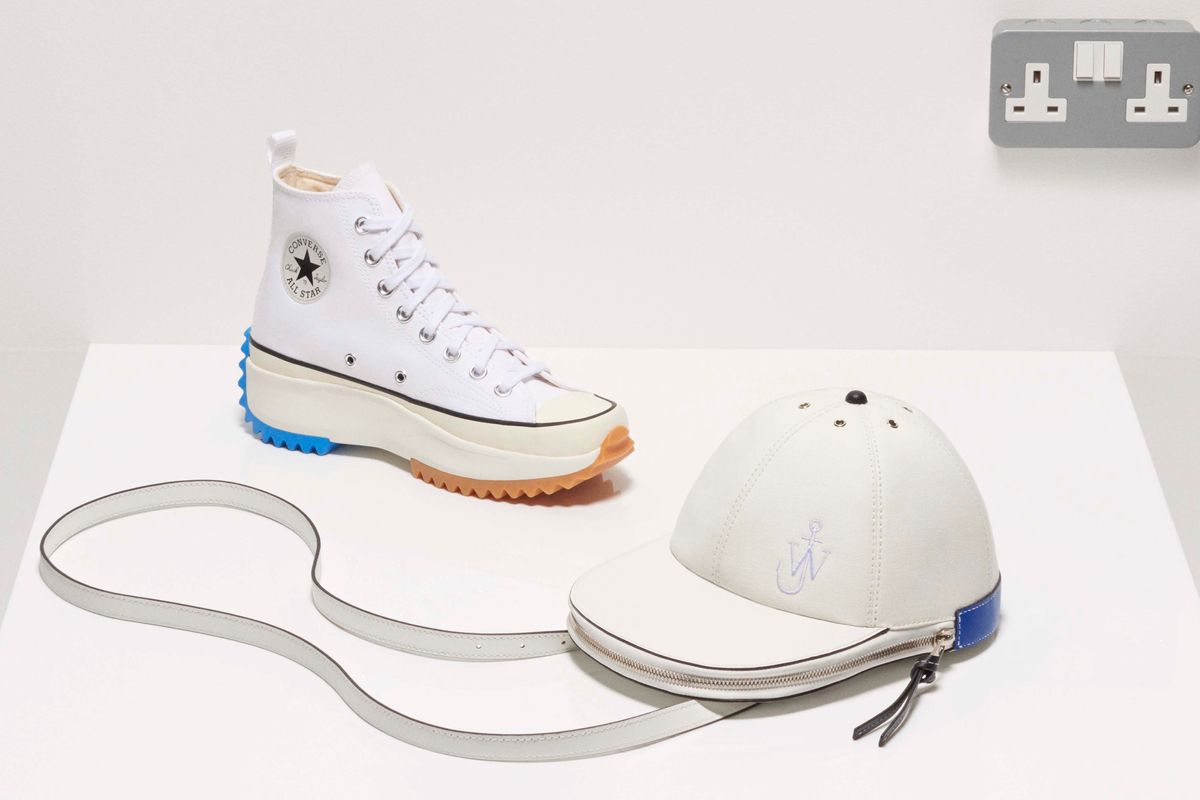 An unexpected announcement, a continuation of a long-running collaboration, and the addition of unisex products are just some of the the biggest, coolest launches brand are debuting this week. We handpicked the very best limited-edition collections as well as new launches from both luxury and affordable labels. From the perfect sweatshirt at A.P.C. to the introduction of BEAMS to Nordstrom for men, here are the week's coolest fashion drops you need to check out.

Barbie is turning 60 this year, and is keeping the celebrations going by partnering with one of fashion's most renowned eyewear designers Thierry Lasry. Known for his sculptural frames with a "futuristic vintage" feel, the Frenchman applies the same rigor of craftsmanship to this limited-edition capsule, which consists of an exclusive collector's box featuring a chic Barbie or Ken styled by Lasry and a pair of elegant, oversized cateye sunglasses made in France.

Nordstrom is bringing the beloved cult-favorite Japanese retailer BEAMS stateside for its first retail space in the U.S. Concept 007 includes a range of giftables such as colorful knitwear and sake sets from the BEAMS brand as well as collaborations with Japanese artists and designers including Diaspora Skateboards, Flasgstuff, and Orslow. In addition, collabs with Brooks Brothers and Polo Ralph Lauren offers a take on Americana through a Japanese lens.

On his Fall 2019 runway show, Jonathan Anderson debuted a series of leather bags shapes like a baseball cap with a zip closure on the rim. Now, the brand has released its sportier American version in a chic canvas material. The designer was inspired by a trip he took to Boston, where he attended a Red Sox baseball game at the historic Fenway Park. A double-header sees the cap bag pair nicely with the JW Anderson x Converse Run Star Hike, which is rendered in similar materials and colors.

Uniqlo is teaming up again with Marimekko, the Finnish design house known for its brightly colored prints, on a new limited-edition collab. First launched in the spring of last year, this season sees the two brands join forces on a number of covetable pieces including the use of Marimekko prints and colors on Uniqlo's signature LifeWear cashmere and HeatTech products for the winter. In addition, an expanded assortment for women includes offerings for girls and babies.

Available on November 29 at Uniqlo.com.

Greenhouse, a new app developed by Footlocker that acts as an incubator for limited-edition products, has unveiled its first in-app capsule. The debut VFILES x Fila collab consists of apparel and footwear inspired by tennis with a modern, streetwear twist. The sock-lined sneakers include a lime green style that mimics a neon tennis ball, as well as other brightly colored hues. Crop tees, sweatshirts, and tracksuits offer details like tennis ball graphics, '90s-like color blocking, and a variety of VFILES and FILA logo treatments.

Available now through the Greenhouse app.

Eva Zuckerman's fine jewelry line Eva Fehren, which was a runner-up for the CFDA/Vogue Fashion Fund un 2014, has launched its first-ever unisex line called XX/XY. With its tag line of "For Him. For Her. For Them. For Us," this collection consists of substantial silhouettes and strong angular details on everything from lapel pins and collar chains to cuff links and signet rings in palladium white gold, blackened steel, and the brand's signature black and grey diamonds.

A.P.C.'s ongoing series of "interactions" sees its fourth one partner with JJJJound, the Montreal-based design collective and studio. This collaboration sees A.P.C.'s penchant for quality, minimal basics combine with JJJJound's passion for precision, longevity, and construction. The result is a collection of premium staples that look simple enough but upon closer inspection feel utterly perfect such as sweatshirts, sweatpants, and jeans as well as items like candles and a notebook.