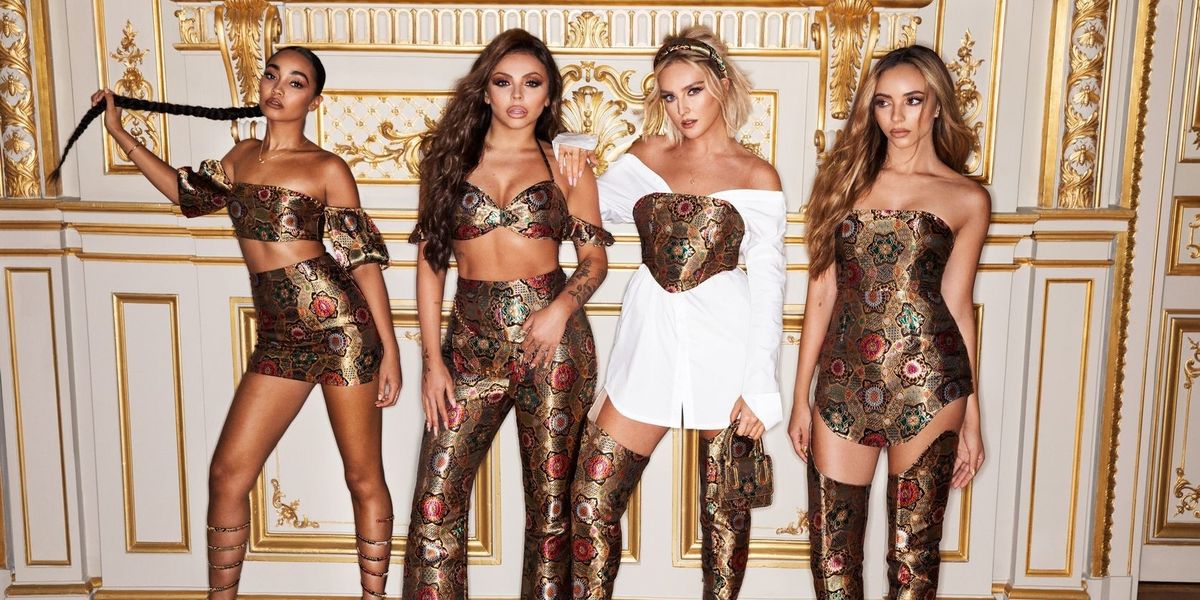 Fashion's biggest and most anticipated collaboration officially launched this week. First announced back in May, the Giambattista Valli x H&M collection finally released online and in stores on Thursday after months of teasers and photos of Kendall Jenner in tulle confections. While many of the items are already sold out, several styles are still in stock on the site, so act quick.

Other fashion drops this week revolved around a slew of unexpected partnerships (Acne Studios & Mulberry), a heritage brand's modern revamp (St. John), and a capsule with a strong social stance (Phluid Project and Planned Parenthood). See, below, to browse and shop the week's biggest product launches, all available now.

From giant frothy gowns for women to pearl-studded shoes for men and everything in between, designer Giambattista Valli applied his applied his expertise in couture construction to H&M's accessible clothes so that everyone in love with his extravagant designs can have a taste of his magic. Available now at HM.com

Mulberry, who's known for their heritage handbags crafted in England factories with supple leathers, teamed up with Acne Studios on a collection of bags and small leather goods. It's an unexpected collaboration, as Acne Studio's designs are more fashion-forward and appeal to a younger audience, but the results are utterly refreshing. Available now at Mulberry.com.

Everyone's go-to brand for commuter bags announced the launch of their first-ever men's line this week. The collection consists of six signature styles including a duffel bag, a commuter brief, and a dopp kit. The super light weight of the bags, as well as its water and stain resistant properties, make it a solid proposition for anyone on-the-go. Available now at MZWallace.com.

The New York City chapter of Planned Parenthood teamed up with The Phluid Project, the world's first gender-free store, on a new collection. The range consists of hoodies, T-shirts, and tote bags with slogans of activism printed on front ("In order to be truly free your body must be your own.") The collaboration is meant to help raise awareness for people of all backgrounds to have access to affordable and high-quality reproductive care. Available now at ThePhluidProject.com.

Holiday season is just around the corner, so PrettyLittleThing teamed up with British girl group Little Mix on a collection of outfits ideal for a party wardrobe. The capsule is a nod to the '90s and noughties featuring a mixture of textures and prints like luxe jacquards, bottle green and deep copper sequins, eye-catching snake prints and crystal embellished mesh. Available now at PrettyLittleThing.com.

Most people know the name St. John for their expertly crafted and high quality knitwear. And now, the heritage brand is undergoing a total revamp courtesy of its new creative director Zoe Turner. Her first order of business is making the conservative label appeal to a younger audience with a more fashionable sensibility, and has thus released her first capsule collection consisting of 20 looks complete with modern tailoring and directional dresses. Available now at StJohnKnits.com.

Hello Kitty's impact is universal. So this new collection of graphic tees, outerwear, dresses, and more featuring the iconic character is sure to pop up all over social media. Fashion brand Dolls Kill partnered with Sanrio feature some of its most popular characters, including the beloved fictional cat. Available now at DollsKill.com.