It would be fair to think that Joel Bravo and Henry Silva stick out sore thumb-style amongst the painfully studied hip of the Lower East Side, where they are eager not for the evening's electro-whatever scene party, but rather to watch the end of an inevitable Jets loss on Monday Night Football. They appear far more interested in crafting their songs than their images, a couple of thoughtful normals who regularly push each other in conversation to find what really does make a pop song or an album work. Joel and Henry are the frontmen for Bravo Silva, a classic-minded group with a sleek, self-titled pop album newly released, and a pair of rock 'n' roll egalitarians who can make assertions like, "There's not necessarily anything more artistic about Pavement than Tom Petty" without any apparent self-consciousness or smug irony. Play the record, see the concert, or talk to the band members themselves; here's a group that is devoted to the simple integrity and universality of the pop song, but is at the same time looking to build a bridge to the relative complexities of Rock.

Bravo Silva -- the band name-slash-aliases are borrowed from Chekov -- grew out of a college friendship and occasional musical partnership between the two Dartmouth alums, and since relocating to New York City in 2002, the group has rounded itself out with the addition of a drummer (Matt Wolf, also of Langhorne Slim), bassist (Ian Everall), and keyboardist (Dan Gower). After spending much time early on trying to establish themselves on the city scene by chasing press and shows "It's like starting a business," says Joel of the learning process Bravo Silva has found it holds little patience for the non-musical side of the game and has enlisted Jen Carlson (she who wields the clout of Gothamist.com, toils by day at PAPER Magazine and runs 5th Floor Management) to oversee the suit 'n' tie aspects; i.e. getting them signed, getting them shows.

That leaves just the songs to worry about, and the band's restlessness extends to the creative process, where an antsy quest for perfection is evident both on disc and in conversation. "We're less willing [now] to have songs where you have to fix parts over time," explains Joel. "The farther you get into songwriting, the less you want to fix once you're into the song." The post-grad arrival in a rocker-glutted metropolis served to sharpen Bravo Silva's sense of identity as writers and performers, as the band sees itself heading in a direction clearly opposite to that of many of its musical friends and neighbors. Instead of coming late to Anthem of the Sun and deciding it was time to fuzz up and stretch out, Bravo Silva has moved from its members' self-described "middle-of-the-road psych" roots and set its sights on an airtight, no-frills pop that is literate, melancholy, and still catchy. The concision of classic-rock radio has been an epiphany in recent months, and Joel and Henry take turns rattling off the canonized elders who've shaped their thinking:

"Tom Petty and the Heartbreakers."

Those hoary forbearers are what have elevated the band's intense interest in craftsmanship to levels that now approach perfectionism. "It's trying to find simplest and most straightforward way to get across what you're trying to say," Joel says. "We didn't understand the value of that until listening to the concise nature of pop." A comparison is drawn between the group's songwriting goals and poetry, the desire being to shrink it all down  lyrically and instrumentally so that each word and part makes a difference within the whole. "We want to play music where the parts are kind of obvious rather than self-consciously surprising," says Henry. "Surprise is not an end in and of itself."

Their debut album makes good on these conceptual premises with its economical, chugging pop. Gary Numan's presence is indeed felt when the synths and mechanical beats kick in on songs like the sparkling "Strawberry Blonde," yet there is a textural warmth and modestly anthemic quality that hints at the internalized chum-rock of goodtimers like McCartney and the Police without betraying any direct influence. Bravo Silva does jagged and dreamy equally well on this disc -- a more streamlined and familiar version of high-art citymates Lansing-Dreiden -- and still achieves a unified mood that allows the whole thing to hang together surprisingly well. And while the melodies aren't always strong enough to propel the rather safe arrangements, the band allows that these songs represent a transitional phase in their development, one that hadn't seen their songcraft ideas and ideals -- or even the current lineup -- crystallize just yet.

The past few months have seen the band's two writers distill their notions of what a record should be and do, and future efforts onstage and in the studio look to squeeze fresh life out of those old forms practiced by the grayhairs they study on the radio. And it is the "fresh" aspect that ultimately makes the recordings such a pleasure. Bravo Silva offers neither regressive fetishism nor strategic influence posturing; the group draws broadly from the lessons of rock and pop acts past and thrusts the useful elements into the sonic present. With a shrug, Henry puts it plainly: "There's still a lot of potential for powerful things to happen within a classic-rock song format." 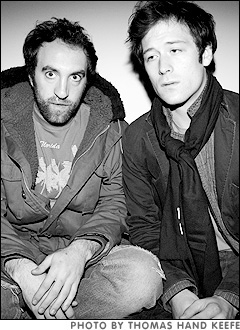 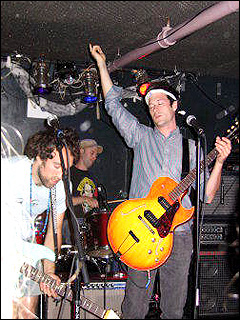