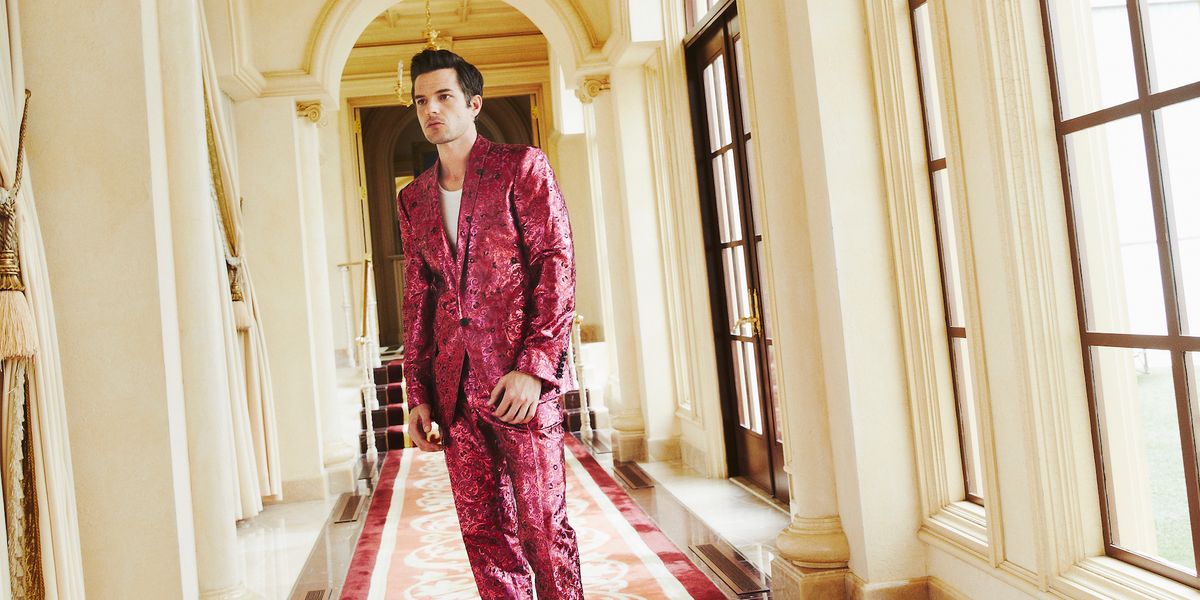 Brandon Flowers Has Still Got Soul

As The Killers gear up for a new album, Flowers reflects back on the city where it all began.

Brandon Flowers got the party side of Las Vegas out of his system early on. Born in nearby Henderson, Nevada, Flowers spent the first years of his life in the Vegas area before moving with his family to neighboring Utah. When his parents let him move back to Las Vegas to live with his aunt at the age of sixteen, Flowers took full advantage of all the city had to offer. "I definitely tested the waters," he says of experimenting, like so many do, during adolescence. But ultimately, the phase didn't last long. "That was before I met Dave [Keuning] and started The Killers," he adds, "which was sort of the end of all that."

It was just the beginning for the young musicians, though, and the city's musical legacy was making an impact. "I feel like I grew up with the ghosts of Elvis and Frank Sinatra and Dean Martin," Flowers says. "They were always there. That showman thing was always around." Flowers' education-by-osmosis clearly prepared him well for life as an entertainer. From the beginning, he made his mark as an unforgettable frontman with a hauntingly rich voice. If The Killers were aiming to be, as Flowers puts it himself, "America's answer to U2," then he would be Bono, and instead of the cobbled streets of Dublin, the backdrop for the band's come up would be the neon lights of Las Vegas. "On our way up, we obviously played a lot of bars," Flowers says of those early years in the city. 2004 marked the band's breaking point, when The Killers shot to international fame with the release of their debut album, Hot Fuss. Singles "Mr. Brightside" and "Somebody Told Me" saturated the airwaves, and in 2005, The Killers won Best New Artist at MTV's Video Music Awards. They had officially arrived as full-blown rockstars.

Click through for more photos of Brandon Flowers in PAPER's 'Las Vegas' issue!

It's perhaps lucky, then, that Flowers, a practicing Mormon, had already been tested by the temptations of a rock 'n' roll lifestyle before jumping into life in the fast lane. "Without Las Vegas, I would be a wreck," he says. (Though the Church of Jesus Christ of Latter-day Saints and Las Vegas may seem like odd bedfellows, Flowers says "the Mormon community is really strong here" and is quick to point out that the church was integral in the city's founding, first as missionaries who settled the area and, later, as bankrollers of many casinos and resorts.)

Now married and a father to three young sons, Flowers spends more time communing with the desert and nurturing his close relationships than getting caught up in the limelight. He also, of course, makes music, including two critically acclaimed solo albums, Flamingo (2010) and The Desired Effect (2015), which kept him busy when his bandmates needed a break from touring. The Killers' fifth album (and their first in five years), Wonderful Wonderful, out in late September, features some of Flowers' most revealing work yet.

"I've never written anything as personal as I have on this new record," he says. His favorite track off the album, "Some Kind of Love" featuring Brian Eno, is a slow-moving ode to someone who has "the faith of a child before the world gets in" and "the grace of a storm in the desert." "The songs that I like to sing the most up there on stage are the songs where I'm telling the truth," Flowers says. "When I can do that and it resonates with people, then that's the Holy Grail of music, and that's what I'm searching for -- that connection. I don't know why I need to make it or why I'm driven to do that, but that's what I want to do. I've never been given as many opportunities to do that as I have on this record."