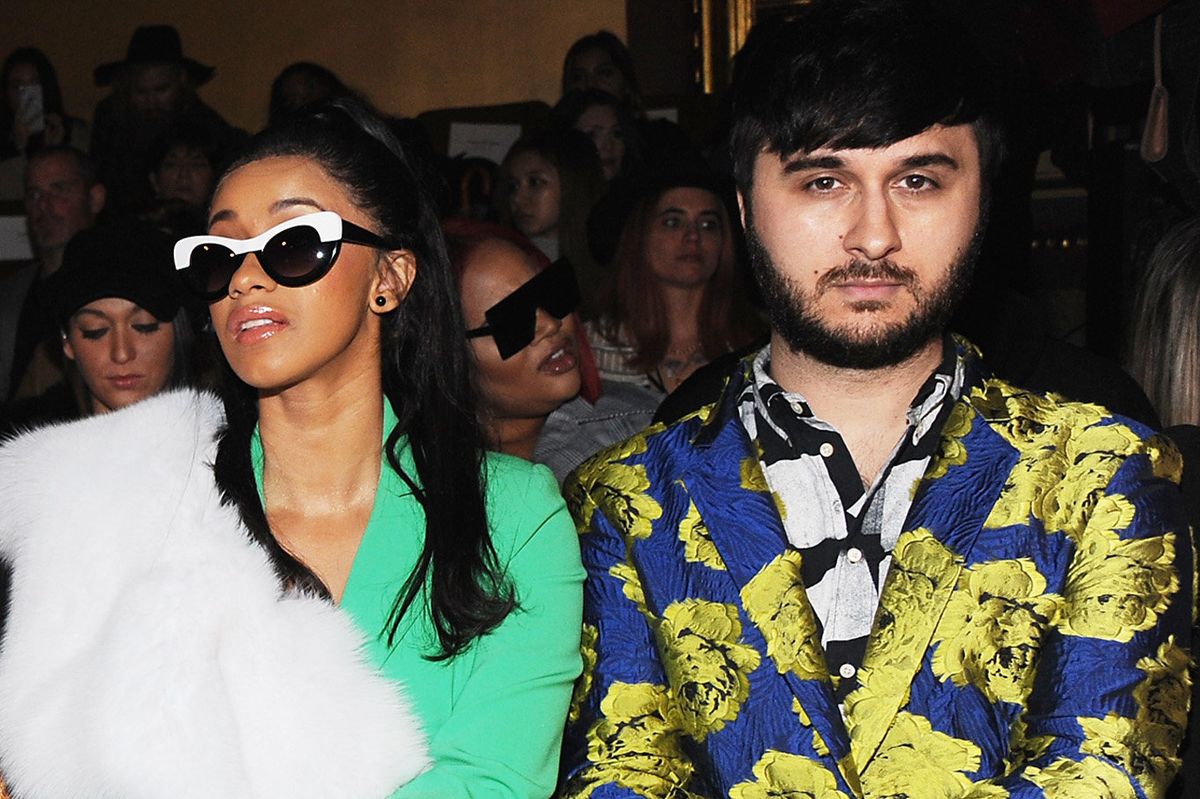 At the end of Christian Siriano's 10th anniversary presentation, the final walk was accompanied by a dreamy, atmospheric cover of The Cranberries' 1992 debut single, "Dreams." Created by Siriano's husband Brad Walsh, the track was an ode to lead singer Dolores O'Riordan, who died earlier this year at age 46. PAPER caught up with Walsh to talk about creating the powerful song, sitting next to Cardi B and crying during the show's 72-look finale.

Why did you choose to cover The Cranberries?

The Cranberries meant a lot to me and my mother growing up, and when Dolores died, she texted me a really touching message and said that she felt "a part of our shared history was gone." I had been thinking of starting to work on an album of covers to release next year, and it made sense that "Dreams" was the first I would do. Christian heard me working on it at home and said he wanted to use it for the finale of the show, and I had the idea to start with mine and mix it into the Cranberries' original for the final walk at the end of the show.

What did you do to change the original?

The Cranberries always were so successful at making music that was both dramatic and moody, but still energetic and invigorating. For my version of "Dreams," I pared it down to really show how beautiful the lyrics are, as well. Mine starts acapella and builds to a pared down piano-driven instrumental backing. When I recorded my vocals, I was very emotional, which I think comes across, especially on the wailing chorus.

How do you feel your cover complemented Christian's show?

Hearing the song in that room, that grand room, with all of us in the audience arranged in a huge circle, was really wonderful. Lots of people told me they teared up. Christian and I wanted to pay tribute to Dolores, but it could have felt forced if it happened during the runway show itself. So we saved it for the finale when everyone comes back out all together, so it was less about associating the song with specific items of clothing, and more about associating it with the emotion of celebrating his 10th anniversary in business and his industry-leading attitude toward inclusion and diversity.

You sat right next to Cardi B. What was her reaction to Christian's show?

Cardi is a sweetheart. Christian was the first major designer who really took note of her and wanted to help her realize her fashion dreams, so they are good friends and appreciate each other. She had a lot of nice things to say about the show, and she gave me a shortlist of things she needs to have. At the end of the show when Christian walked out to wave, his mother Joye and I stood and gave him flowers and hugs, and when we returned to our seats I began crying (as I usually do) because I'm so proud. She gave me a hug and a pat on the back, and it was really nice to share that moment with so many people around who love him as much as I do.

What else are you working on music-wise?

I just released an all-vocal album (no instruments) called ANTIGLOT last October, and I already have half a new album recorded. And I have a few songs recorded for that covers album, whenever that may happen. [I'm] working right now on my version of an Emmylou Harris song. I need to slow down.