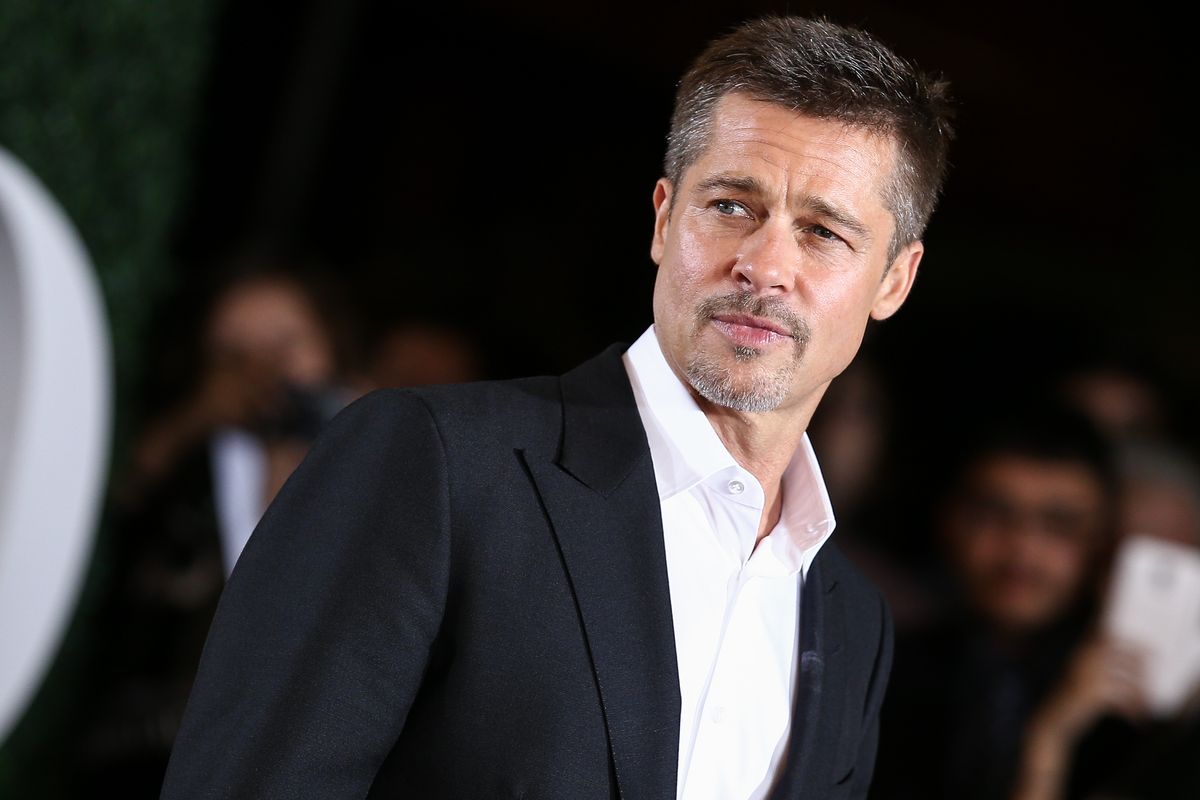 After her infamous split from Brad Pitt in 2005, Jennifer Aniston admitted to Vanity Fair, "Am I lonely? Yes. Am I upset? Yes. Am I confused? Yes. Do I have my days when I've thrown a little pity party for myself? Absolutely." Granted, she finished that quote by telling the reporter that she's "also doing really well," but it was clear that the split had left the Friends star feeling slightly discouraged. On the other hand, we never got to see how a similar breakup would have affected Brad, since he was happily starting his new life with Angelina Jolie.

However, now that Brangelina is really soooooo six months ago, aren't you even the slightest bit curious about how America's favorite leading man is handling his divorce? Angelina is jetting around the world with all of the kids in tow, but what is Brad up to? Is he hitting the gym? Is he diving into a new role? Did he finally shave?

Well, now we know. According to a report in the Daily Mail, Brad Pitt doesn't necessarily handle breakups in the way you'd expect — but it's definitely in a way you can relate to. Apparently Mr. Smith has been mourning his split from Mrs. Smith by spending up to 15 hours a day in an art studio, learning how to sculpt under the guidance of his friend, the British artist Thomas Houseago. The cherry on top? He does all of this while listening to a Bon Iver-heavy playlist. I wonder what his favorite song is? My guess is on "Perth."

Sources told Daily Mail, "Everybody knows it's related to what's going on with him personally, but nobody says anything. He's a quiet guy, and very humble." And apparently Benjamin Button is becoming quite the little savant. The source continued, "He's learning at a fast pace. Art is a way for him to concentrate on one thing, taking his mind off everything else. He'd rather do that and be constructive than go out partying."

Being constructive is good. At least it's safe! He could be fighting people to the death just for kicks.