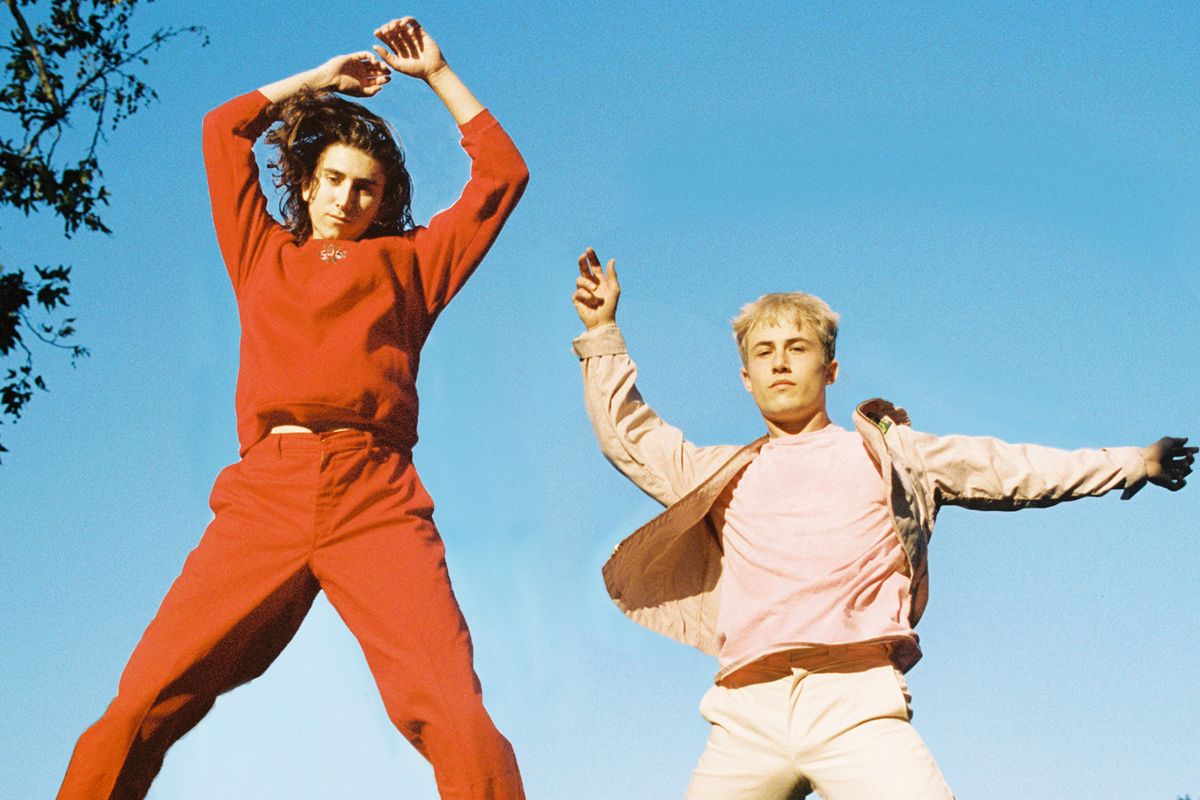 Boy Willows and Dylan Minnette are inviting listeners to "follow me down" the rabbit whole of what's going on in their heads with their new collab, "Fila," out today.

Boy Willows (real name: Landon Fleischman), who's known for his experimental folk-pop, pairs perfectly with Minnette of the band Wallows. Their song acts as a therapy session between the two friends as they cope with being alone in their own respective ways. And the accompanying video, premiering on PAPER, builds off these ideas.

"When Landon asked whether I'd be willing to meet at 6 in the morning in 91 degree heat, build a bed, put on a furry coat and spin around profusely, I was down immediately," Minnette said. "I'd do anything for that sweet man. I will say, I was proud of myself for not getting too dizzy. Landon got it pretty rough after a couple takes. [Director Seannie Bryan] and I were trying to encourage Landon to puke, but he couldn't."

As Minnette puts it, the video — shot by Bryan and edited by Jordan Pories — features the two artists playing outside and spinning wildly in furry coats. The vision, as told by Boy Willows, was to be dreamy and light — full of introspection but at the same time, connection.

"Dylan and I were carrying my shitty lavender-painted ikea bed up a hill," Boy Willows said of conceiving the video. "It broke apart 2 feet away from where we were supposed to put it. We looked up at each other and started laughing. Right then I knew we'd be able to capture what I was after."

Minette continued, "Alas, the video is finished and it's beautiful, and I'm very happy that we were able to get it done, 'cause I love it. Watching it will always put a smile on my face because that was such a fun morning."

Watch the PAPER premiere of "Fila" and stream the track, below.