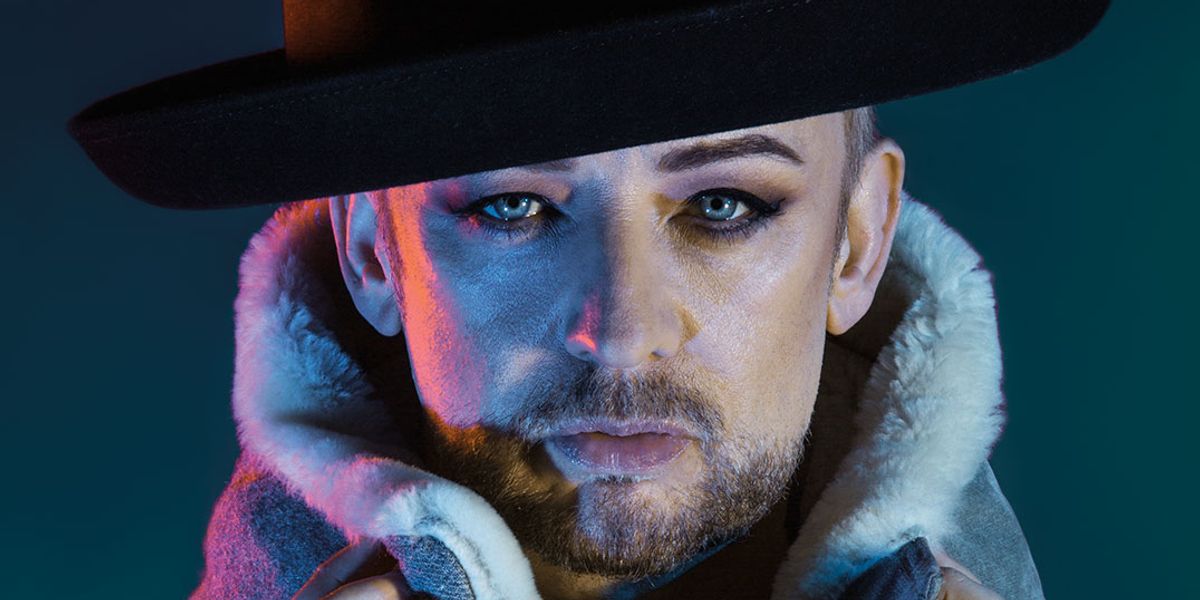 As the frontman for British new-wave pioneers Culture Club, George Alan O'Dowd — better known to all of us as Boy George — has influenced countless musicians with his blue-eyed soul stylings, and he's used his celebrity to advocate for equality for the LGBT community, especially LGBT youth. But he first turned the world on its head with his revolutionary style: gender-bending makeup, hair and outfits.

"Growing up in London, there was a lot of poverty in the '70s, and that encouraged a certain kind of glamour," George says. "My fashion sense always tends to go back to the '70s: Bowie, glam rock to punk rock, early Vivienne Westwood, all of that stuff."


To celebrate George's latest renaissance — which includes a Culture Club reunion tour this past summer; a new album, Tribes, coming early 2016, and a current judging gig on The Voice UK — PAPER made a video, in which the artist demonstrates his eyeliner mastery to model Josh Smith.

Watch the video below to learn how to replicate Boy George's eye-popping signature beauty game: