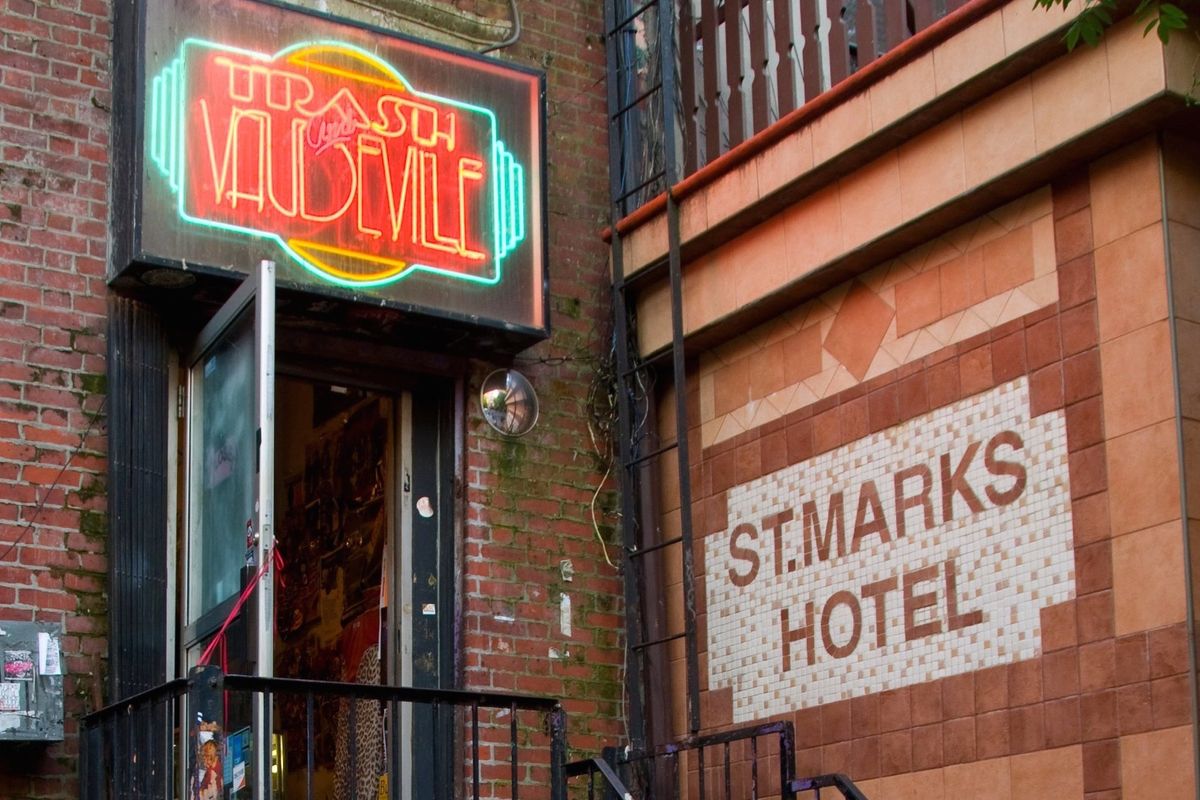 New Yorkers love remembering and mourning the "glory days" of our fair city. Like the idyllic, chaotic, and creative times of the '60s and '70s, when boutiques were meeting grounds for anybody who was anybody. Back when Robert Rauschenberg, Jasper Johns, and Andy Warhol designed store windows and the only place you could listen to the New York Dolls was at Trash and Vaudeville in East Village. Online stores may be dressing and influencing this generation of shoppers, but that doesn't mean boutique culture is dead. In fact, The Row, Balmain, and Vivienne Westwood opened storefronts in New York this year. Interior designer and creative consultant Jim Walrod remembers the peak of New York City boutiques. He lived and worked it. PAPER caught up with Walrod in his art-filled, Chinatown loft to discuss the history of boutiques here, how they influenced culture, and where we are now, on the heels of a talk he gave on the same subjects as part of the "Truth Tellers and Troublemakers salon series at Chandelier Creative."

What was your first experience with a boutique in New York?

It was probably Trash and Vaudeville. When I used to go out, the people that were out—and it wasn't like they were putting on designer clothes—they were the best-dressed human beings I'd ever seen. When I would go into places like that where it was the first place you could buy Doc Martens or really, really pointed shoes or shark-skinned suits that were really shiny. It wasn't very expensive, so you could mix it with thrift store stuff. I wasn't going to hear the New York Dolls or early Iggy Pop on the radio. You couldn't even hear it on FM radio. The only place I was going to hear it was if I went to Trash and Vaudeville.

So they were more spaces for communities of people.

Absolutely. If you owned a store on St. Marks Place, it wasn't like you were looking to franchise this store to make a billion dollars. Basically you were selling to that hundred cool people. And that was the hundred coolest people in the world. This was New York then.

Boutiques, in that way, were proto-influencers of culture then.

Oh totally. Salespeople used to affect me the most. I didn't look at magazines. I didn't give shit about fashion. It was more about the guy who worked at Trash and Vaudeville that had a band. That's why I like Supreme. They just did a bunch of t-shirts with [Nobuyoshi] Araki. Never in the history of retailing has someone influenced a generation towards a certain type of art. Where else can you get exposed to something by George Condo or Christopher Wool and fucking buy it?

People get dressed up to go to Dover Street Market. Is that what boutique culture was like back then too?

It's funny because kids can't dress like Kanye and walk around their neighborhood. They can't wear kilt skirts. I've seen them go to Dover Street and do it. Maybe even not buy anything, but at least they can see a salesperson that they identify with. It's a signifier as far as tribes of something.

Fiorucci was your first boutique job in New York, right?

My first and last job anywhere. I never had a job after that.

Andy Warhol got you that job.

Uh huh, yeah. Whatever that experience was of dealing with people in that way, it equipped me for the rest of my life. Culturally, it opened me up to everything.

How has boutique culture changed since you first encountered it?

The way that it's changed, which is funny, is that there's a premium put on clothing. There's not many places go out on a limb and buy different brands. It wasn't just standalone boutiques. There was a reason there was no Chanel downtown. If you were a cool store, you just bought cool shit. That's why Pat Fields was so incredible. All these places have become lost leaders to some degree. Fiorucci was that way too. There was a [Fiorucci] brand and these kiosks they would rent out to different designers that were highly curated.

Oh yeah. Ruben and Isabel Toledo, one of the first places they ever showed was in Fiorucci. That was boutique culture the same way Dover Street does it.

What was your favorite boutique back then and what is it now?

You said how every trend went through Fiorucci. What's the equivalent today?

Opening Ceremony, it definitely does that. There's a whole playing ground of different types of designers. It always changes.

Vivienne Westwood store just opened in New York. She was an influencer in those days.

It was her and Malcolm McLaren. That was the zenith of it all. Sex and Seditionaries. It was culturally like an attitude, clothing, and then music. It's going to be hard to top the Sex Pistols creating punk rock. That was the beginning and the end of how you can affect something in that way. They changed the world from a store. From a store.

I think it could happen again.

New York is funny because there's really no nightclubs. And if there are nightclubs, you're not going to them and I'm not going to them. It would seem that there would be a level of something besides art galleries where people could just go hang out for free. If you had cool clothing or cool shit in there, you could use that as a platform to really expand culture in some ways.

This interview has been edited and condensed.