Though the beginnings of Bound go back two years, its official one-year anniversary party was held last January. Tomorrow marks the party's first event at Elsewhere, Brooklyn's massive, 24,000 square foot, multi-room club — a significant step up capacity-wise, but a challenge that will likely be met.

The main room will feature Berlin artists Answer Code Request, resident DJ at the club Berghain, and the industrial duo Schwefelgelb, plus Juana of Discwoman, in from Washington, D.C. Rex will also DJ — all of this backdropped by the creations of Cloaking, an LA-based audiovisual designer. Zone One serves as the designated space for dom experiences with the likes of 8ULENTINA and FOOZOOL, the duo behind Oakland project CLUB CHAI, plus br0nz3 g0dd3ss, Night Doll, and the pro-doms of Bitchfist.

PAPER spoke with Rex about how they're preparing for newcomers, while also keeping Bound's hedonistic regulars happy. 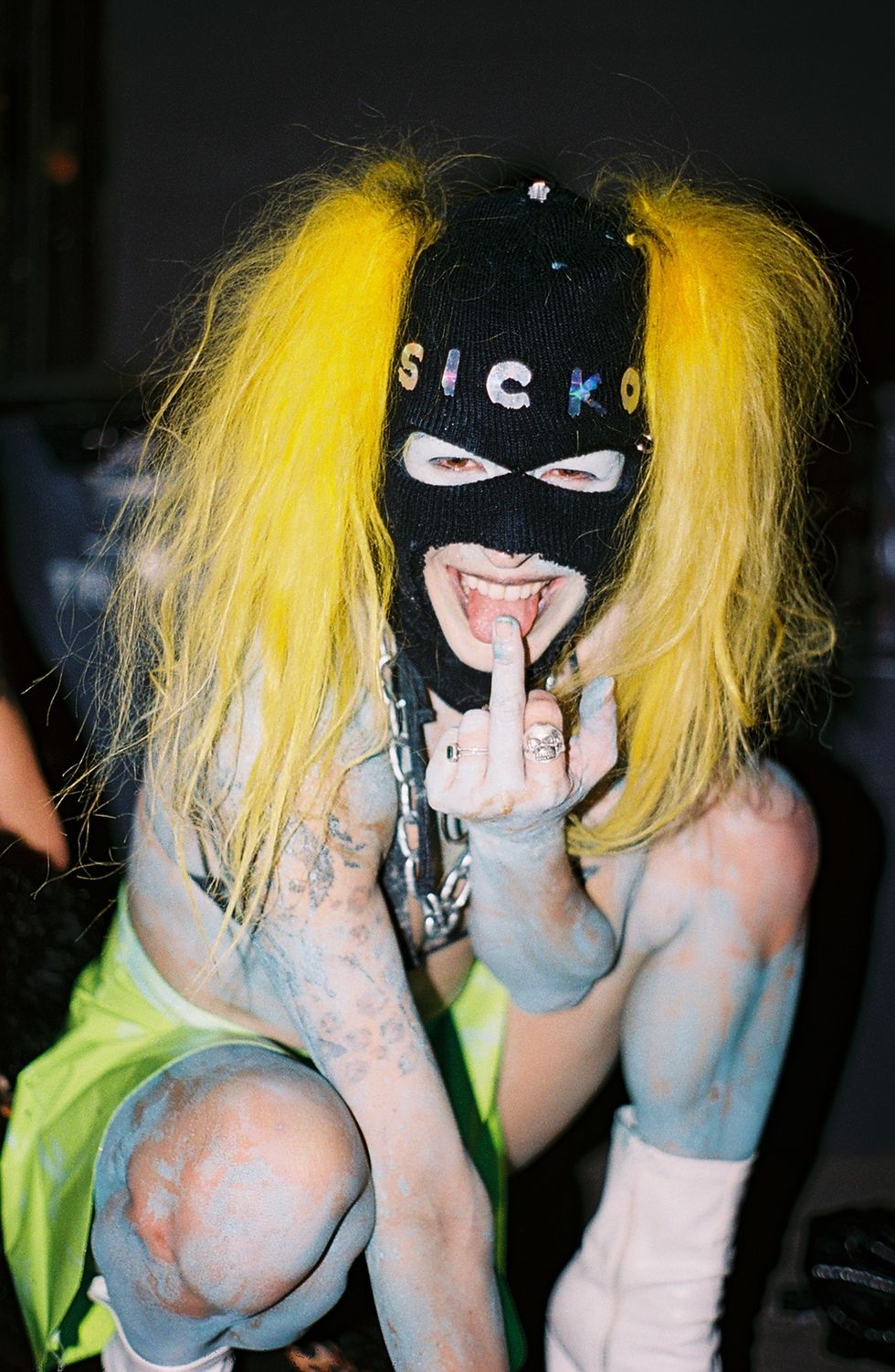 Why open up Bound to a more general audience now?

Bound functioned for a year in a smaller space, and the way we started, it was very much testing the limits of a venue and what people responded to. And we were kind of modeling off of maybe the stricter door policies — I think a lot of people thought my inspiration was from clubs in Berlin, but I actually modeled it off of Meatpacking District and super high-end clubs. So essentially our door policy came from the fact that none of us would probably ever get into 1 OAK wearing whatever we wanted. This was the antithesis of that, in creating an environment by the freaks, for the freaks exclusively. So I guess to answer your question, moving to a larger venue like Elsewhere, and kind of opening up this platform, is so we can broaden our scope, book more artists that we appreciate, showcase this lifestyle and invite more people into it.

In the main hall, it's very much a dark techno party, and the lineup in there definitely appeals to the more general audience. And then Zone One is going to be much more like the balance that people saw at the smaller venue we were in, so that's where the dominatrixes will be, and that's where we'll have monitors. We have a flyer that the monitors will have, and the monitors wear red flashing pins. But essentially if they see someone who looks a little lost or not of our usual crowd, they will hand them a flyer that says all the regulations and kind of explains what the event is. 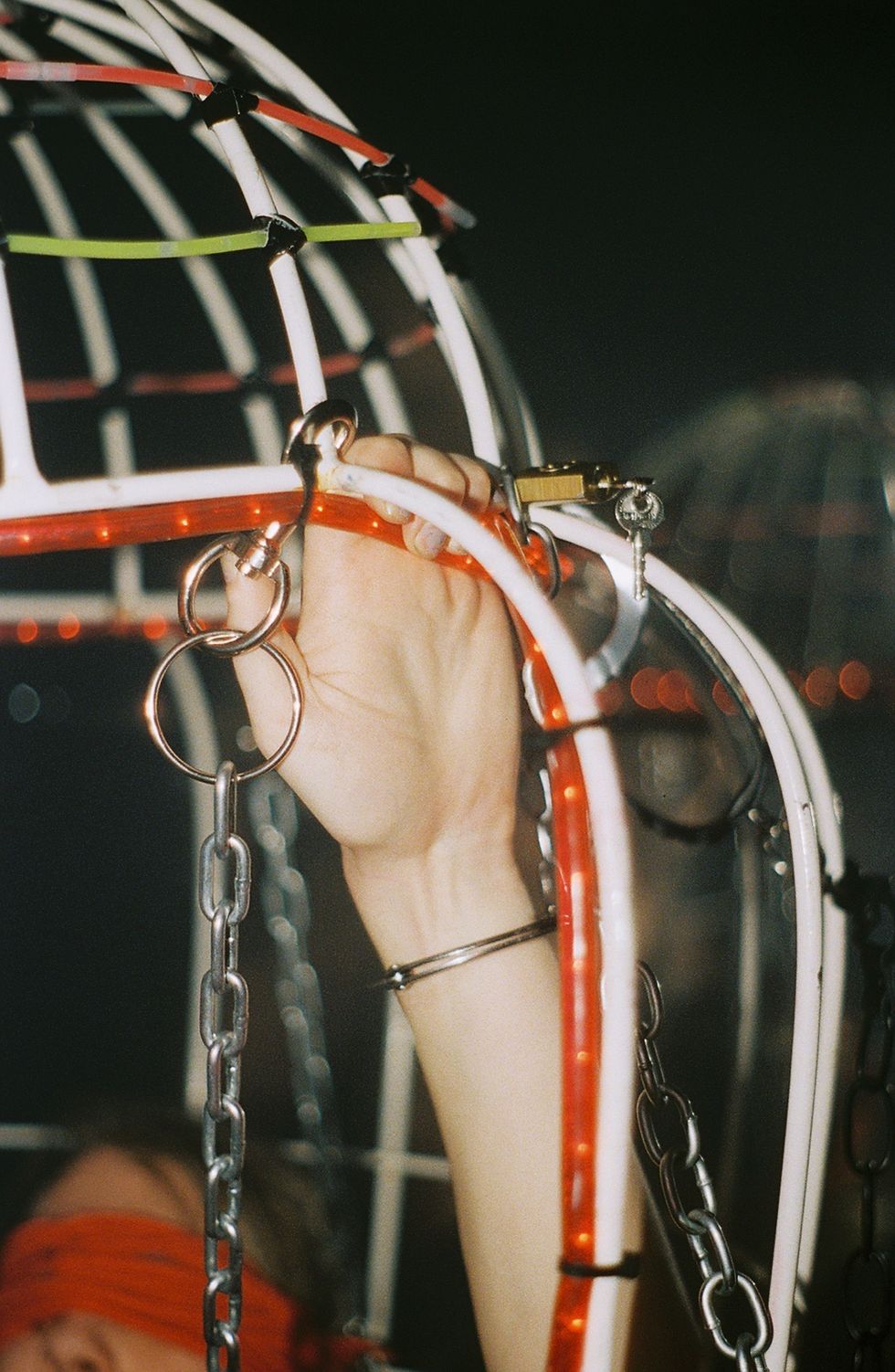 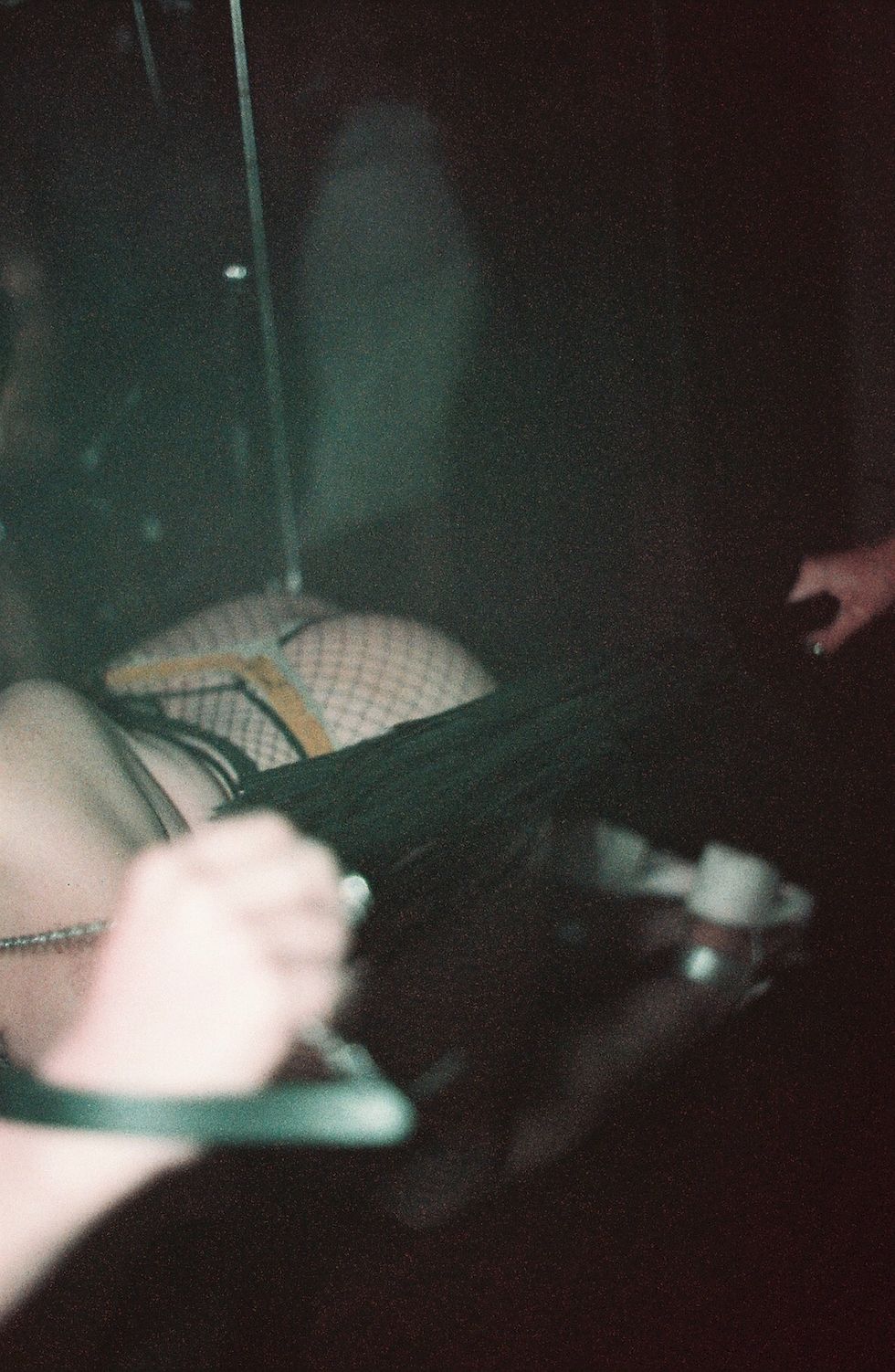 That's great to have the monitors, and to hand guests the flyers so they can familiarize themselves in the space.

Our main priority, no matter where we are, and the reason we have a door policy, is for safety. The female or otherwise, gender non-conforming or trans body, is very political, and on the street at 4 a.m. could be in danger. So we are very concentrated on making this as enjoyable of an experience as we can for these people — and kind of do our best to free these people from that gaze, so that's the goal. I wouldn't say it's a safe space because I think when you say that you're a safe space, you're setting yourself up for failure if somebody acts out of line, because you can never control what a crazy person is going to do. But we are doing our absolute best to achieve that.

In the Zone One room, how does it work? Is it scheduled performances or is it something people can engage with?

The doms are hired, so they're there to engage with the crowd. So if you want a dom experience, if you want to go in the cage... And V., she specializes in electro play; you can get electrocuted. The dominatrixes definitely engage with people, but they're usually approached, and that's from midnight to 4 a.m., so essentially the length of the meat of the party. 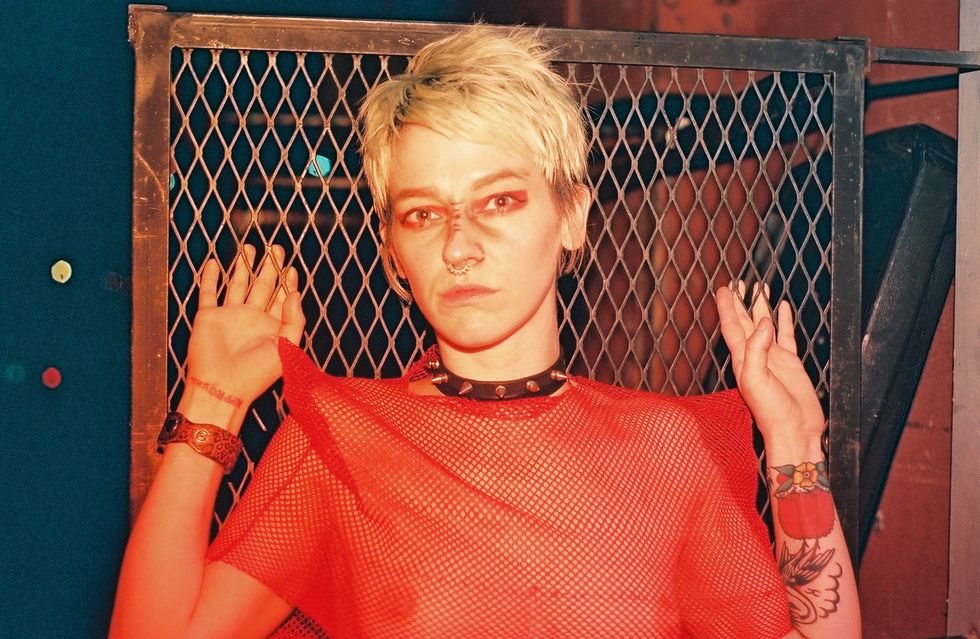 They're more than welcome to approach the doms. I think most of the people who are very experienced in this lifestyle come with their own means of having fun... You know, four hours is a pretty long time for something like that. (Laughs) It's also a really good meeting point, if you are interested in something like that. That's the whole point of going to a fetish event — more than likely, you'll find somebody there who's interested in exploring the same thing as you.

The door policy is different for this one. Compared to a regular Friday night out at any other club, this is going to be a completely different experience. The club is incredibly on board with us; security is on board with us for any issues with someone's safety or comfort level. We will remove people. Which, I mean, these are not things that happen in regular clubs. We also have, basically, for the people, by the people police. That's what the monitors are for. They're definitely tried and true community members. 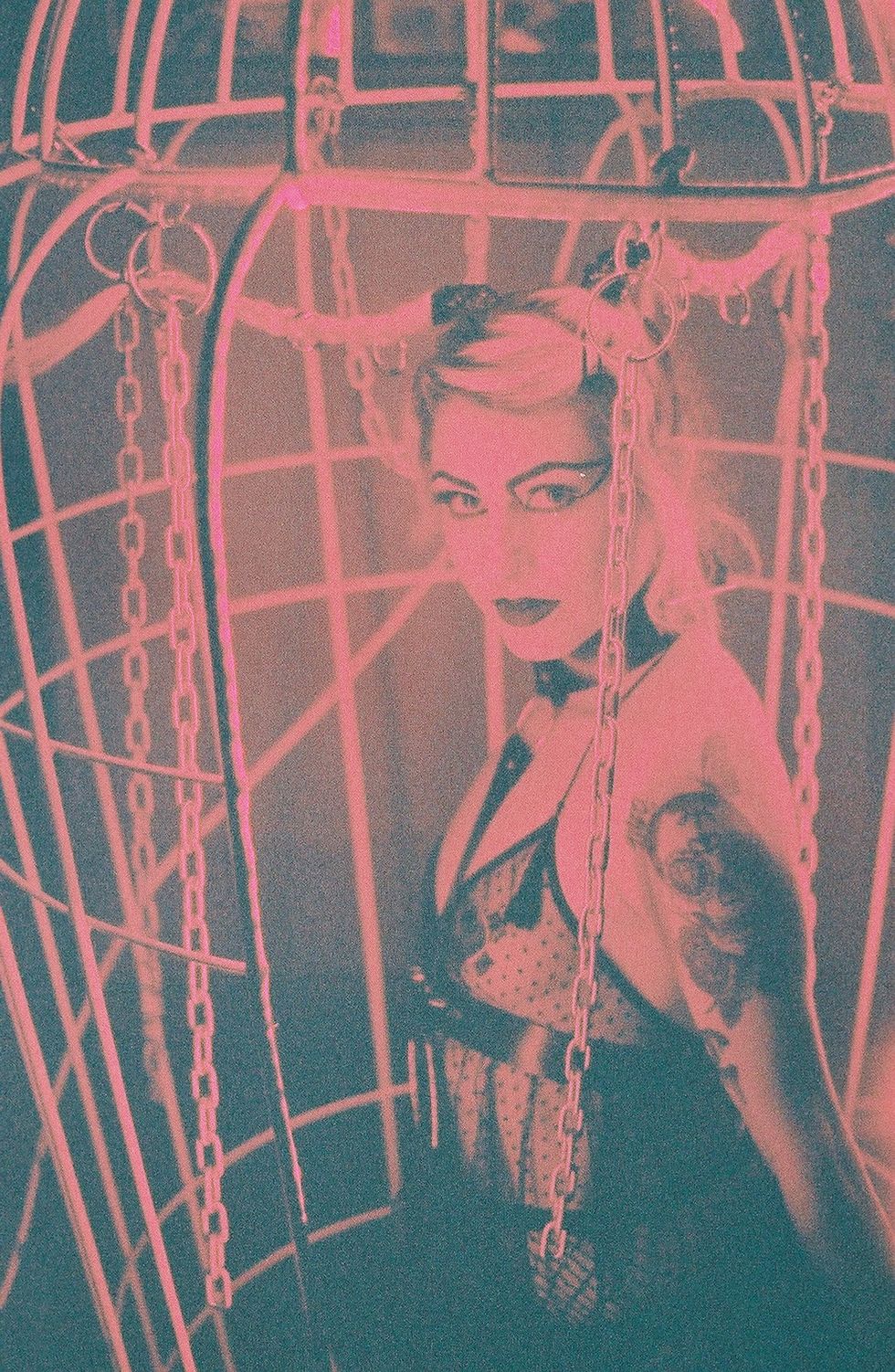 There is no door policy for this event. We kind of leave that now for when we do smaller events. But the intention of the event is definitely for femmes, nonbinary and trans people. And it's intersectional, so queer people of color — we want to be a very supportive environment for all marginalized people who don't usually have this space.

Is this a one-time-only situation that it's open like this, or are you considering adopting this for subsequent editions?

We're going to be doing events of this scale quarterly. And we'll continue sporadically to do smaller events, but these events at Elsewhere will be more frequent than before. It's never happened before.

For more information on tomorrow's edition of Bound, see the official event page on Facebook.

You Should Really Go to a Sex Resort