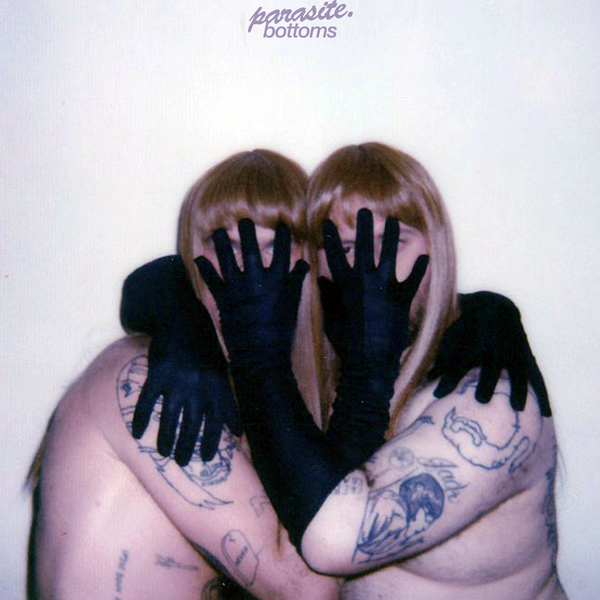 Brooklyn-based electro-queer trio Bottoms have returned with their wickedly fun Parasite EP — and, despite initial appearances, it's a lot deeper than just blood and guts.

Keeping in line with their past work, Parasite is a dark — yet highly danceable — rumination on the loss, addiction, and trauma experienced by band members Símone Leahy, Jake Dibeler, and Michael Prommasit over the course of their two-year hiatus.

As the group explained, while Leahy was in the process of battling a severe addiction and divorcing her husband — all in the midst of a "full-blown gender crisis," no less — Dibeler also was experiencing an "emotional rock bottom" of his own thanks to a mentally abusive relationship that had left him "completely and totally fucked."

Related | Brooklyn's Favorite Bottoms Are Back After Two Years

However, in the time since, Bottoms have found their way back and are, arguably, better than ever. Because while Parasite may be a rooted in some deep-set pain and a number of macabre horror film samples, it definitely retains the same irreverent edge that made us fall in love with Bottoms in the first place.

From a song about being possessed by a demon to an ode to a lesbian utopian island, it's quite different from the group's more dance-geared past. Granted, we personally think Parasite's more industrial-leaning tendencies make it an ominously fun listen, and honestly think you'll agree.

Listen to Parasite for yourself, below.