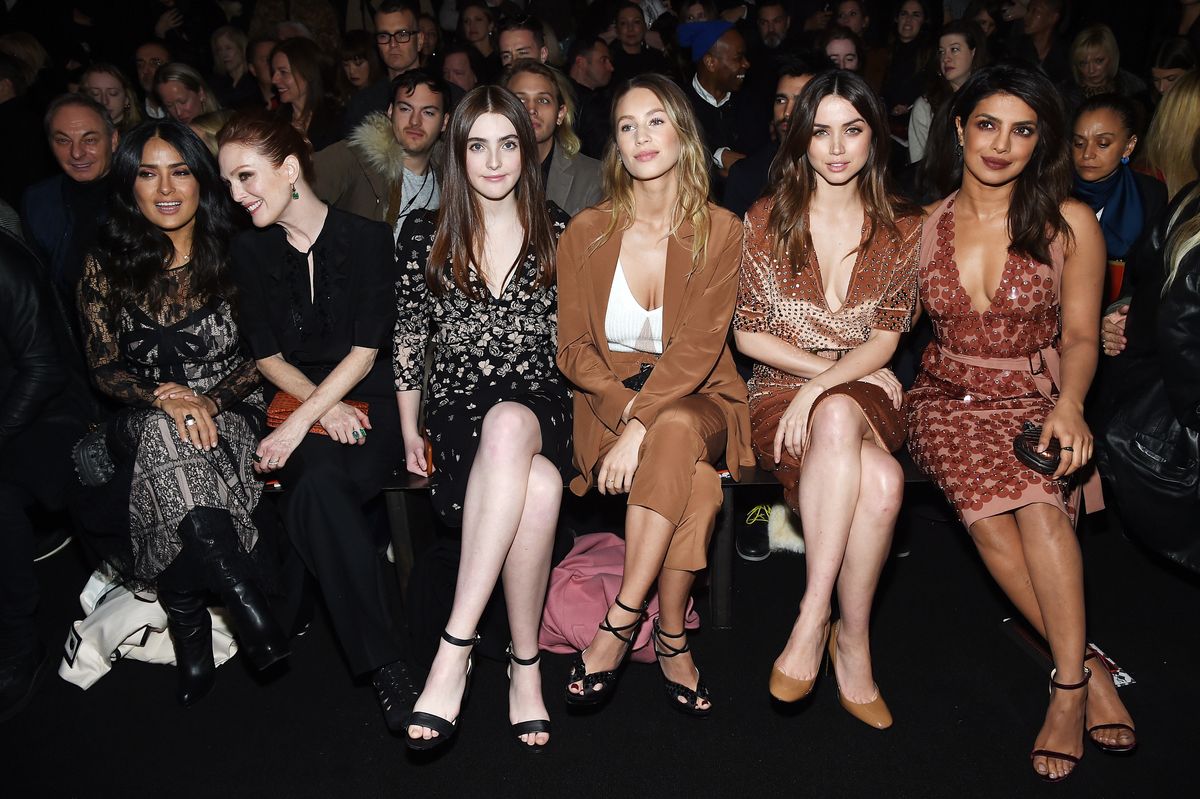 Bottega Veneta Was a Star-Studded Affair

Bottega Veneta's Fall '18 collection arrived in a moment of New York's fashion identity crisis. As star designers head to Paris rather than stay local or forgo formal shows altogether in favor of studio appointments, Fashion Week in New York City exists this year with a few pesky question marks hanging over its head. BV's Creative Director Tomas Maier is all in, though; the brand's enormous new Madison Avenue flagship opened for business this week and at the Milan designer's runway show at the New York Stock Exchange (a loaded metaphor of a venue if there ever was one), beloved A-list actresses including Julianne Moore and Salma Hayek lent their stature to the front row as Gigi Hadid and other models breezed by in silk jewel tones and velvet beset by intricate stitching.