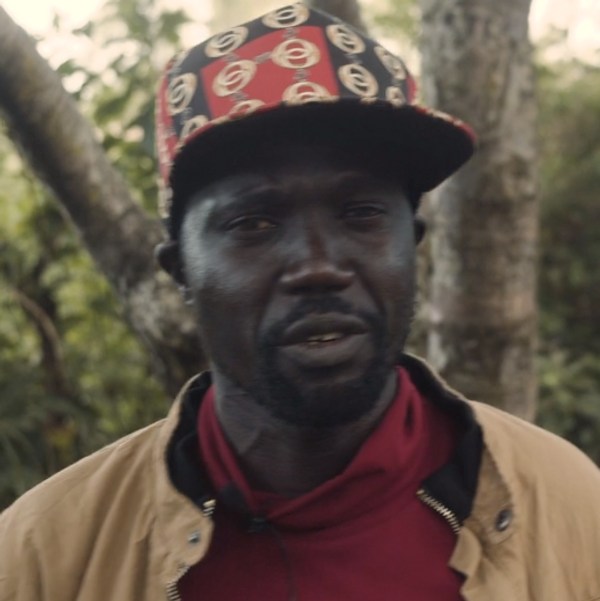 For three decades from 1970 to 2000, Northern Uganda was a war zone caught in between the country's government and guerrilla groups like Joseph Kony's Lord's Resistance Army, forcing many people into resettlement camps. But while there may not be any overt conflict right now, the area still struggles thanks to the Ugandan government's continued disenfranchisement of the region, alongside a lack of financial and infrastructural support — and one person trying to bring attention to this is pop star Bosmic Otim.

As part of his mission to advocate for political progress and justice in his region, Otim partnered up with nonprofits SABAA.Education and Hope Center Gulu to raise awareness of the situation at hand via a five-minute documentary dubbed Anti Progress.

Shot in Otim's hometown of Gulu City by director Edward Stubber, Anena Kevin Okumu, and a local team back in 2019, the film tackles these issues by highlighting the musician's efforts to push back against "the dirty politics of Uganda" through the power of music. And though Otim may have since separated from the People Power movement he took part of at the time the film was made, Anti Progress still remains a powerful, informative work that's a must see for everyone. After all, as Otim himself explained at one point, "I sing [about] exactly what I've seen, so that makes me a singer who fears nothing."

Watch Anti Progress for yourself, below.