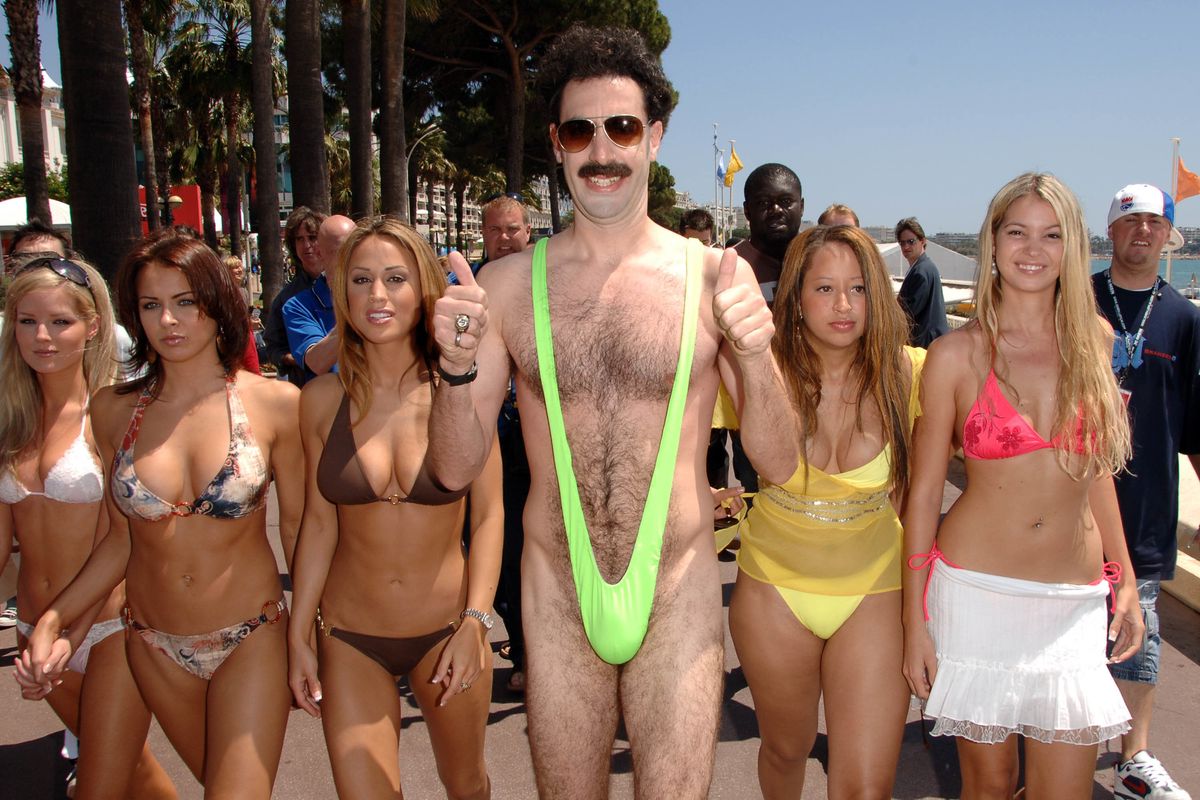 According to The Daily Beast, Cohen confirmed the tidbit on an upcoming episode of The Last Laugh podcast. For those of you who haven't thought about Kazakhstan's favorite spoof reporter in a second, Anderson made an appearance in the film as herself. The only issue was that Borat was determined to put her in a "traditional marriage sack" to bring her back to Kazakhstan and become his wife.

And though Anderson previously hinted that she was in on the joke, Cohen hasn't said much — until now. While speaking on the podcast, Cohen confirmed that Anderson "was the only person in on that movie," because otherwise, "it would have been kidnapping." (Duh.)

However, Cohen also revealed that in addition to losing "a tiny bit of bone from her jaw" when he tried to pick her up in the film, Anderson also ended up losing "a husband" thanks to the film.

According to Cohen, after Anderson's then-husband, Kid Rock, saw the film, he wasn't all-too-happy with her cameo.

While texting the star and asking what Kid Rock thought, Cohen says that Anderson responded that they were getting divorced. The reason why? "The movie."

"I thought it was a joke, but then a few weeks later they got divorced and they put as a reason for divorce, Borat," Cohen joked.

That said, Cohen did show some remorse, as he said it was "a shame" seeing as how he thought they were a "fantastic couple." Or, at least, "much better than Julian Assange or whoever she dated later on." Oof.

Listen to a preview of the podcast, here.