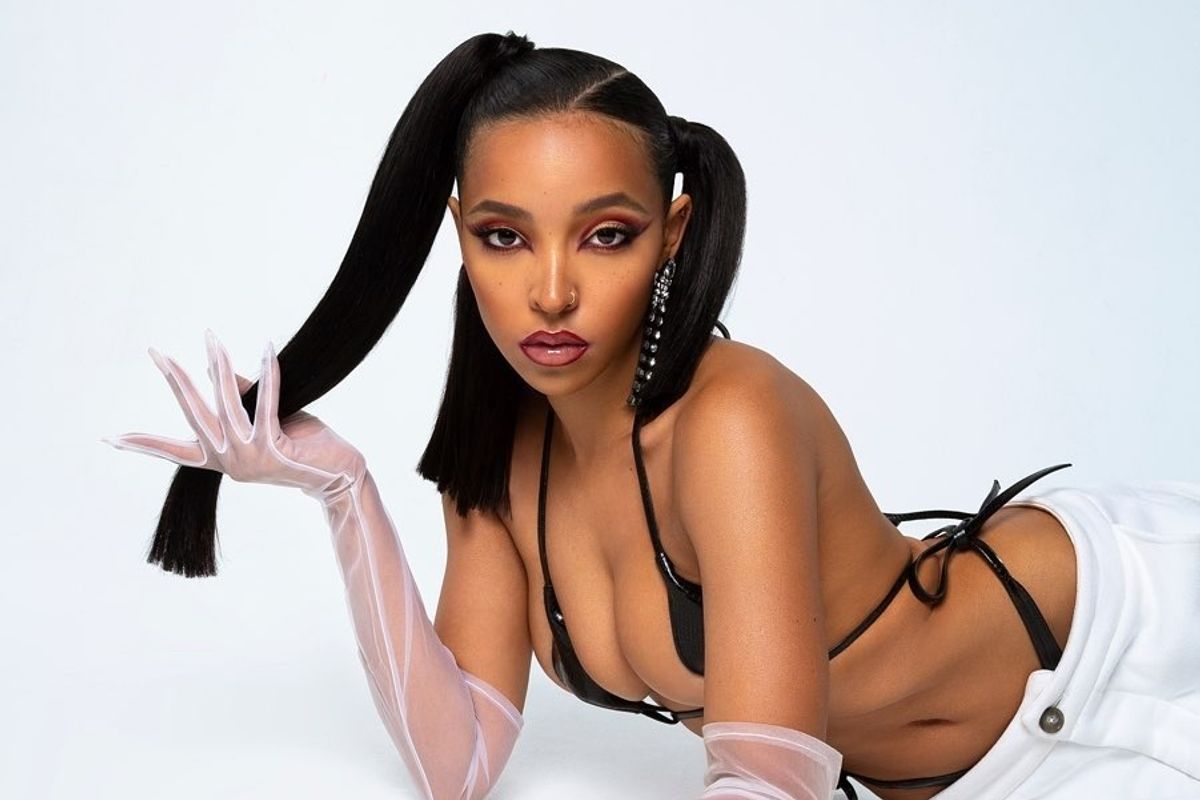 Tinashe's Songs For You is a project piloted by the singer-songwriter's re-routed road to independence since departing RCA Records last year. Its scope is dazzling, full of the free-flowing experiments that made her major-label debut Aquarius a success, and her independent mixtapes before it so beloved. "Save Room For Us" finds Tinashe trying on vulnerability over a bouncy, disco-inflected groove. "It still hurts when I see you with her," she sings achingly, arms outstretched for a lover who has moved on. But she's not giving up hope. The song makes space for Tinashe's emotions to breathe, and for her fans to embrace where she's at now.

Bad Bunny's "Vete" interpolates a reggaeton classic by Noriega and Kartier, but directs his feelings to an ex, singing "En mi corazón ya tú no ere' la que manda" ("In my heart, you no longer rule"), comparing an ill-fated romance to dead seasons and retired soap opera storylines. The track itself has plenty of bounce and rhythmic flair, which works to distract listeners from Bad Bunny's barbed lyrics, born from heartbreak.

Nasty Cherry's debut EP Season 1 is out now, as is their Netflix show, I'm With the Band. Whatever tensions might exist on-air between the quartet seem to be laid to rest, at least sonically, as "Fuck Modern Love" is a standout example of how well their strengths compliment each other. Vintage synths, revved-up guitars, melodic vocals, and epic drums all clash and support one another as they cope with heartbreak by hitting the road, strewing their feelings all over the Pacific Coast Highway. Good things may come in threes, and two may not always work out, but maybe four is a magic number.

Soccer Mommy's latest single, "Yellow Is the Color of Her Eyes," from her forthcoming sophomore album is as rich with detail as it is long, but every second of its seven-minutes is intentional. She muses about passages of time, and what it's like to lose it: "I'm falling apart over a memory/ And the weight in my heart is getting too heavy." So instead, Soccer Mommy takes her time, holding onto memories before they slip away (eyes like clementines, a bright August sun), as the music keeps pace with her, building instrumental momentum as it goes.

Perhaps predictably, Ozzy Osbourne's "Straight to Hell" is as gleeful as it is dramatic, taking the fire-and-brimstone rhetoric of evangelicals and turning it into a glossy, hi-fidelity rock anthem for heathens everywhere. If we're all going to hell in a hand-basket, we might as well have this cranked up to 11 as we descend.

New York rapper Dai Burger's highly addictive "Vitamin P" celebrates pussy power and divine femme power while making known the vitamin's essential healing qualities. Baja Frequencia helms a frenetic beat and chops up Dai's vocals for greater emphasis. In other words, whether you're hitting the pharmacy or the club, everybody needs a little "Vitamin P" in their lives.

London singer Tamera's "Don't Phone" follows her dramatically narrated (and excellent) debut single, "Romeo." Where that one explored young love and romance, "Don't Phone" blends old-school R&B sounds with modern, yet personal lyrics about needing space from a relationship that breeds insecurity. The intoxicating result is sure to help build buzz for the charming songstress, who we'll only be hearing more from come 2020.

Hannah Diamond's long-awaited album Reflections is out now, with "Concrete Angel" confirming why the wait has been worth it. Diamond starts out singing big, bright, and addictive melodies, before the song's shape-shifting production leads her to a darker, deeper places (from sky to six feet under), until suddenly mutating into a stomping, four-to-the-floor breakdown for the final two minutes. The results are thrilling to hear, and prove that Diamond is more than capable of making compelling sounds in a league of their very own.

Lolo Zouaï's take on pop music has always boasted a dramatic, cinematic edge. This is ever apparent on "Money Diamonds Roses," which improves upon "hard body, soft interior" ethos that made her debut album such a success this year. With a sold-out worldwide headlining tour under her belt, Zouaï reflects on the new single on how her life has changed since becoming famous — a concept she fantasized about through High Highs to Low Lows. Noirish strings and melodies evoking Bond film theme songs soundtrack "Money Diamonds Roses," one bonus track of three from the deluxe edition of Zouaï's debut album, out December 13.

As the first artist signed to Drake's OVO label imprint, fellow Canadian musician PartyNextDoor has teamed up with his boss more than once on record, often resulting in his most beloved offerings. The club track "Loyal," one of two PND songs released today (the other is "The News"), is sure to make an impact with fans of both artists for similar reasons — minimal, island-tinged instrumentals complimented by rich, catchy melodies filled with melancholy. The singer has been working on the follow-up to his 2016 album, PartyNextDoor 3, rumored to be titled Club Atlantis. 2020 looks like the right time to drop it.