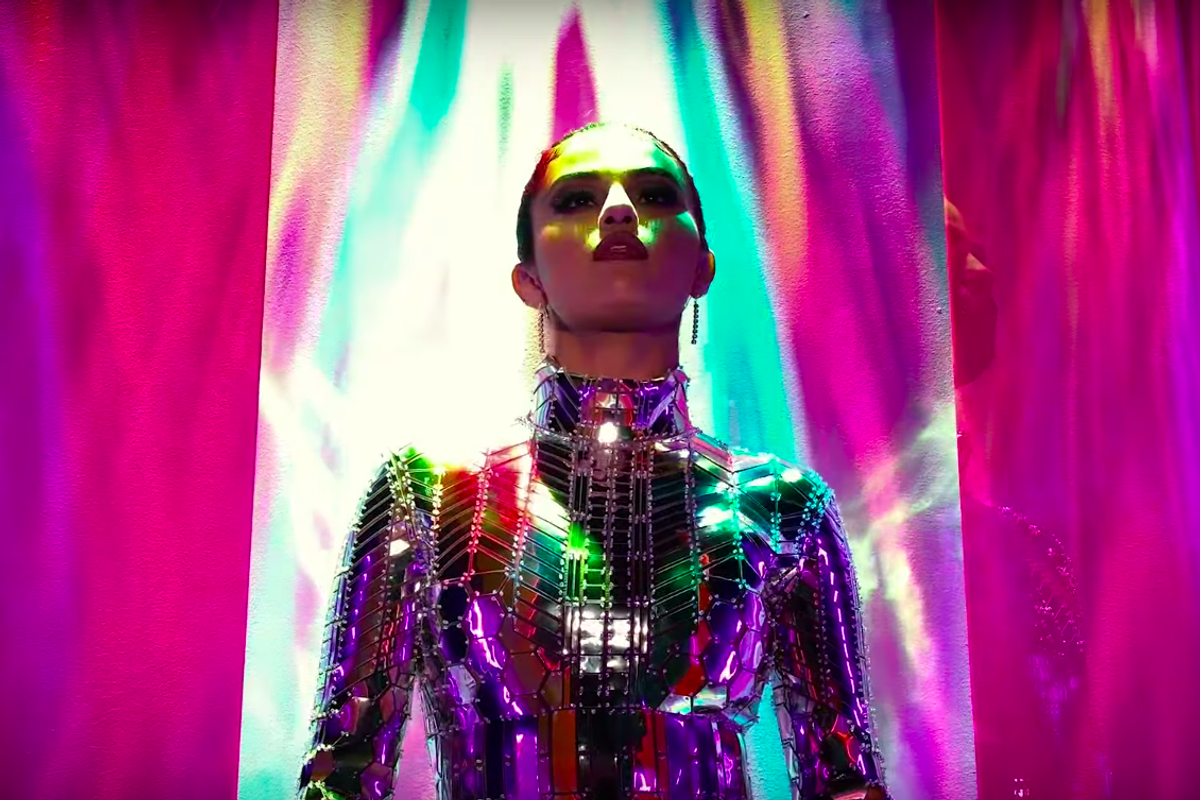 Selena Gomez's new single (one of two this week, including power ballad "Lose You to Love Me") finds the pop princess shedding the layers of her past and feeling herself like never before. While both songs have garnered buzz for their lyrics potentially addressing her relationship with ex Justin Bieber, "Look At Her Now" is a confident, club-ready refresh, with an infectious "mmm" chorus. In the video, Gomez performs choreo (!!!) to the song's bouncy, minimal beat wearing sparkly whatever. On "Look At Her Now," Gomez shines.

With today's status of 2016's "Truth Hurts" as a chart-topping hit, Lizzo is reinventing the way artists can experience success with past singles. Lizzo might be batting two for two with the Ariana Grande-assisted remix to "Good As Hell," a self-love anthem from her 2016's Coconut Oil album. Grande's verse adds a bit of pillowy softness to Lizzo's brassy grit. No partner, no money, no problem: the universal message of Lizzo's latest still rings true. Feeling good about yourself is a whole lifestyle.

R&B singer Gallant returns with his sophomore album Sweet Insomnia, today. "Céline," the album's lovelorn closer, is full of space for him to profess his undying devotion to someone who stands out in a sea of "a million faces." Surrounded by soft percussion and electric guitar, Gallant sings heartfelt lines like "And I don't know what the fuck I'm gonna do without you." The presence of his voice alone is big enough to fill any darkened room or lonely bed.

"Prophet" is the second single from King Princess' debut album Cheap Queen, out today, but it is certainly an album centerpiece. As usual, King Princess frames her romantic and personal obsessions through poetic metaphors, and cliches like "I can only think about you" becomes an entire world of power and control. For the object of her desire, she's a "pretty girl when you want it," which can also double as a line about music industry power plays between women and their "handlers." Either way, King Princess delivers it with smooth soul, and like her best songs so far, making something new feel instantly classic and familiar.

Related | Behind the Scenes of King Princess' 'Cheap Queen' Video

Brooke Candy's long-awaited debut, the sex-positive opus SEXORCISM is finally here. It's notably stacked to the brim with femme-powered collaborations, notably among them, the Bree Runway-featuring "Swing." The song's lyrics place Candy and Bree chiefly in control of their desires. The beat, a riff on crunchy video-game 8bit music, fuels Candy's repetition of the lyric "meet the boss." (To that end, it almost acts as a sequel to Bree's empowering Candy-assisted single, "Big Racks," which giddily confronts the many ways women experience losses of power.) To hang with Candy and her cohort, one must operate at the highest level, whether in the bedroom or in the world at large.

Nonbinary pop singer Claud drops their Sideline Star EP today, a collection of intimate songs tackling everything from self-doubt to self-affirmation. They do it with a type of honesty that is equally sad as it is humorous. "Want To" is no exception. The song's instrumental might twinkle and sparkle with hopeful nostalgia, but Claud knows the score with a fair-weather lover. "You only call me when you want to," they sing. "You only call me what you want to." But they're standing their ground: "Don't come over, don't come closer." They may sing as though they live on the sidelines, but "Want To" affirms a singer who knows themselves as something far greater.

Today seems to be the day for heartfelt new music or I'm just feeling some type of way, but I can't get Elah Hale's "Holding You Close" out of my head. The queer singer crafts a tender, acoustic-driven melody for which her supple voice can shine. The song isn't about what it appears to be on the surface; it's about letting go of love that has served its purpose. When you're young, it's painful to do, Hale recognizes, but memory and time spent together is never in vain.

Following his single with Clairo, "I Don't Think I Can Do This Again," Mura Masa provides a new taste of his upcoming album, R.Y.C., due for release next January. The album's title is an acronym for "raw youth collage," and so Mura Masa has set out to create a song that embodies the struggles of today's youth, not unlike British rock outcasts before him. "No Hope Generation" finds the young producer singing about how kids today lose themselves in screens, trends, and violence. ("Gimme a bottle and a gun," he sings.) As a genre exercise, it feels indebted to punk and spacey hip-hop. The song's overall tone, while reflective, avoids being sanctimonious. It simply... tells things as they are. There isn't a solution proposed because Mura Masa doesn't have answers. Honestly, who does?