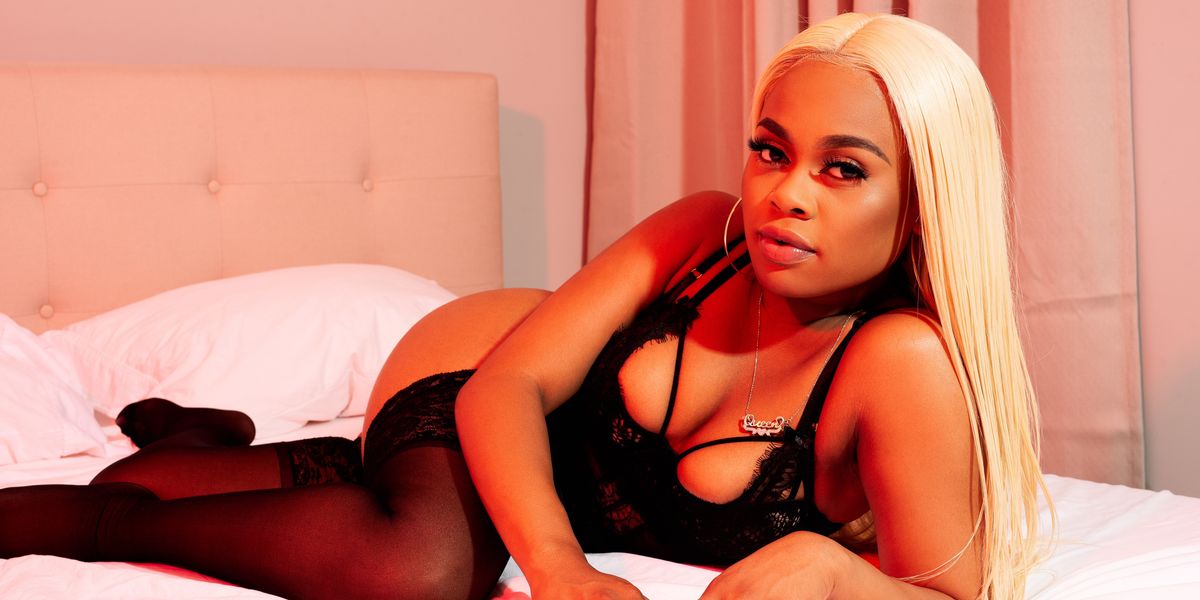 The hilarious, fiercely talented Queen Key and 15-year-old queer phenom Kidd Kenn are both rising stars in Chicago's rap scene, so it's only right that the two collaborate. They join forces in "Go," a deep cut from Queen Key's already-iconic sophomore effort, Eat My Pussy (Again). (Its predecessor was last year's female empowerment opus, aptly called, well, Eat My Pussy). Since we're back for another round, "Go" lets naysayers know where to head if they're not on board. Queen, blunt in mouth, side-eyes them with an ASMR drone. "Bitch you gotta gooooo" is repeated like a mantra amid twinkling, finger-snaps, and trunk-rattling bass. Kenn fends off toxic wannabes and suitors. "Get a white boy, I'ma name that nigga Stan," goes one iconic line. Overall, the song is a playful, unbothered kiss-off to toxic energy, like a rap music version of palo santo.

Ciara returns with her first album as a newly independent artist, Beauty Marks. The 11-song collection is a range of visceral, four-the-floor bangers we've come to expect from this generation's Janet Jackson, but it also showcases an openness we'd not yet seen from the beloved singer. Ciara's "Trust Myself" fits into a canon of songs on the record where she advocates for her agency and that of the women around her (i.e. "Girl Gang" with Kelly Rowland, "I Love Myself" with Macklemore). The agency within "Trust Myself" is physical and emotional — life imitating art, as this album is on her own label imprint. Not to mention, Ciara takes more writing credit now than ever. "Let my lips say what they wanna say/Let my hips move how they wanna move," she sings, before admitting, "I don't trust myself around you." The lyrics double as a confessional note to self and a strung-out love song. It's all brought home by a propulsive, nostalgic '80s groove that connects Ciara's body to her heart.

The third single from Kim Petras' forthcoming official debut is "Blow It All," another refreshing entry for the constantly evolving singer-songwriter. This time, 808s and strummed acoustics soundtrack Petras' lyrics outlining an aspirational lifestyle fueled by designer clothes, drugs, and travel. But that undercuts the song's core message: being in the moment with whoever (or whatever) you love. "Tonight, we got this, we gon' be alright" she assures us, then the party goes on. Petras tells PAPER that the song commemorates a carefree state of mind. "It's about living your best life no matter what life throws at you," she says. As for the song's genreless sound, Petras says it's a mix of everything she listens to. "I think genres are disappearing," she says. "I listen to the greats and then throw it all together and make something I love." We love it, too.

If you like your pop music filled with high-stakes cyber drama recalling dingy basements and repetitive choreography, Mood Killer is the artist for you. The squelches, pitch-shifted vocals, and breakbeats of their new single "Liquify" sound something like a high-strung hellscape covered in latex — which we obviously love. (Imagine if Britney Spears' "Oops I Did It Again" video also featured literal demons running amok). If that gives you anxiety, Mood Killer offers two options for salvation: "tesitfy or survive." Or you can make like liquid and "crucify" yourself "on the dancefloor," which will be impossible not to do when you put this on. Watch the delirious video here if you've come this far. Might as well!

As the primary singer-songwriter of hip-hop-heavy Interscope imprint, Dreamville, Washington, DC singer Ari Lennox brings a refreshingly frank point of view to soul music. She's loyal to the genre's hallmarks throughout her full-length debut, Shea Butte Baby, from virtuosic singing and melodies to retro R&B samples and instrumentation. (That's refreshing in its own right, considering a musical landscape increasingly reliant on digital song-sculpting). But on highlights like the very smooth, sweet "Broke" with JID, Lennox subverts format with modern, specific lyrics about being young, in love, and on a budget. "Take a trip on AmTrak 'cause we ain't got no monies," gives way to a shrugged admission, "I've been low before." It's all alright because she's not alone: "I'll bring cups, you bring the smoke." On "Broke," Lennox proves that being relatable is priceless.

Beabadoobee's "Disappear" is one of those retro-pop songs that just cuts right to the bone. Verses about disappointment and self-indictment give way to a direct address to someone who ghosted: "Why'd you have to fuckin' disappear?" Her voice is bright and clear, in line with the deceptively upbeat instrumentation as if denying her betrayal in real time. One movie that's all about denial and the tricks our minds when in love can play is Eternal Sunshine of the Spotless Mind. Naturally, this track and the movie's sympathetic but flighty female lead character, Clementine, make for a rich world for Beabadoobee to explore her feelings in. (Watch the melancholy "Disappear" video channeling all this, here). "Starting at the end of a relationship, the video has me taking a train back through time and ending where it all began," Beabadoobee tells PAPER. "It was a rough patch in my life and a point that most relationships inevitably have to experience, but just remember, you can always start over."

Nineteen-year-old New Jersey singer-songwriter Frawley emerges onto the pop scene with her debut single, "Hard Boy." It opens with a melancholy coo and guitar licks, as she ponders her chronic choice to fall for soulless hotties with heart tattoos. (Ugh, get out of my diary!) The guitars build to a roar for the chanty chorus, as she identifies the problem with this fragile masculine archetype: "Let's see how hard you actually are when I leave," she sings, reclaiming her authority. "Too cool for love typically ain't my type." Alright, Frawley, you just wrote my next diary entry.

No matter how you slice it, the '80s never ended, dreamy synthpop reigns supreme, and love (and its addictive qualities) is always in the air on queer pop singer Gregory Dillon's "Love Again," whose husky baritone is like a cross between Joy Division's Ian Curtis and Depeche Mode's Martin Gore. I told you: the '80s can never die! If that doesn't clue you in to why this song deserves to be loved again and again, there's this lyric: "I wanna break and bend until we mend," which could be about sex or about working out old kinks, so to speak. Either way, the track works as a message to get back with your ex because you know you want to, or to find something new. It's also springtime, so the arrival of "Love Again," after a cold, brittle winter, is a welcome, hopeful gleam of sunlight.

Not much is known about the hip-hop/R&B collective, Emotional Oranges, but they did drop The Juice: Vol 1 today. And as emotive as their songs are, maybe it's okay that we don't know as much about the creators. "Good to Me" feels like a vintage, super-crisp R&B flip of Chris Isaac's noir ballad classic, "Wicked Game." In the song, the male and female vocalists admit to fucking other people but not wanting to break hearts. It's hard to say how this will end. Is it enough that they want to be good to each other? Who knows, but I'm confident some of you messy freaks can relate to the tangled webs often weaved in name of love. But also: "Good to Me" is just very, very good, to me. So, you're welcome.

A theme of the week kicking of this playlist is another softcore banger about toxic relationships. On "I'm Calling the Cops," queer meta-pop artist Guard can't exactly help himself. Chemical release fights, erotic tension all keep him hanging on. "I've just gotta let you go," he sings in he chorus, only to repeat it twice, as if hyping himself up for the moment of truth. The song is co-produced by Charli XCX collaborator Umru and modulates multiple times, adequately replicating the push and pull of addictive dynamics. Our fearful narrator is pushed the point of enlisting help from the feds. "This song is about finding myself in the middle of a breakup," Guard tells PAPER. "I was drinking a bit too much and letting my anxieties rule my life. It's a reminder to look after yourself first." Point taken!