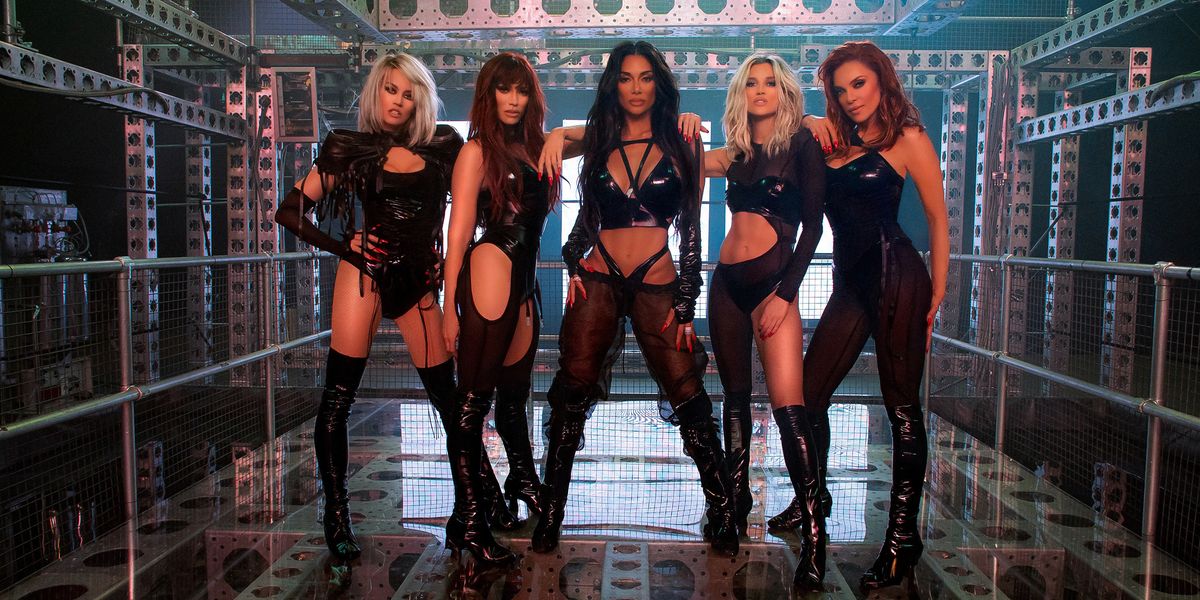 The Pussycat Dolls make their official return with a strong electro-pop banger about fatal attraction. Nicole Scherzinger and the Dolls sing about a nice guy who they're not quite used to: "You're turning me cold/ Cuz I'm just wanting you to react." What's certain is that the song's infectious energy is sure to get a rise out of longtime fans and new ones alike.

Anne-Marie's "Birthday," with its booming bass drops, sassy delivery and the singer's regal self-awareness is like an update of every song about once-a-year smashes you've ever heard — except it isn't! It's 2020 and the fire lighting Anne-Marie's candles is eternally lit.

Enigmatic singer, songwriter and producer La Roux returns with Supervision, out now. The collection is largely frontloaded with modulated synthesizer and funky bass grooves straight out of an '80s discotheque. "He Rides," a super-smooth standout, touches on disco's greatest tropes, complete with a silky, deliciously melodic vocal from La Roux to the front of the mix. Sit back and let it wash over you.

Like H.E.R.'s best tracks, "Comfortable" goes down easy, starting with bouncy fingerpicking and cruising into H.E.R.'s pillowy, heartfelt vocal and beats that recall the nostalgic early aughts days of R&B, when a young, cornrowed Alicia Keys read her Diary before the world. It's like comfort food for the soul.

Christine and the Queens' first new song since her excellent 2018 album Chris, is yet another melodically gifted, half-French, half-English, emotionally charged stunner. "People, I've been sad" explores FOMO, and the ways sadness creates a rift between oneself and others. "If you disappear, then I'm disappearing, too," Chris sings, mustering all the empathy she has. "You know the feeling." We do, Chris. Brb, weeping.

The title of Pop Smoke's latest song with Quavo, off his new album Meet the Woo 2, is misleading in the best way. The darkly melodic quiet storm of "Shake the Room" seems far more interested in creating an atmospheric haze in a room than shaking it, so to speak. Sometimes, curating a ~vibe is the best way to hold attention.

In "Daddi Decides," Los Angeles pop artist The Venus in Scorpio negotiates complex sub-dom dynamics. There seem to be greater forces impacting their connection — "blank stares, rear views, and words never said." But when we all need to touched, whether physically or spiritually, disconnection for pleasure, even when it's ultimately painful can lead to euphoria? Regardless, the song's shiny '80s synthpop (complete with a magnificently sticky chorus) casts a heavenly light through its narrator's shadows.

Pop musician Griff knows that the hardest part of breaking up is that... disconnecting from someone you love isn't always a clean break. What about those pesky memories of when things were working beautifully? "It's not fair at all," she sings in "Good Stuff," her gorgeous new piano ballad. And like life after a breakup, there's no simple resolution for Griff on what to do with the "good stuff" she's left with. At least she could put into a song for the rest of us to relate to.

Like her upcoming Valentine's Day EP, New York-based musician Fiona Silver might be a Hostage of Love, but she's not giving up without a fight. "Violence" boasts a range of catchy guitar riffs and lyrics about getting up after being down, seeing "flashing lights" before her. Not to mention, the track's irresistible chorus will stick to your ribs and give you the blues all at once.

Last but not least, we have... me. On my own weekly PAPER playlist. That's right, and welcome (I mean, what good is this job if I can't claim space within it, amiright?) I not only bring you tunes you need to hear every week, I create my own. "Rope" is my debut single, out now — a guitar-based track written by me and produced by Rich Dasilva, that I think mashes up several of my influences and life's passions: Nine Inch Nails, '90s grunge and stomping out oppression... and smashing the patriarchy! I am so many things I'm not "supposed" to be in this wild world: Black, femme, queer, nonbinary. All at once! The messaging I've always received leads me to believe something within me is inherently wrong, and so be "the best" I must. It's like a rope being wrapped tighter around my neck at all times (I understand the imagery here, trust me). "Walk like this/ Talk like that/ Switch those hips, fuckin' fag/ Be a man, boys don't cry," I sing toward the song's end. Except I do cry. And I'm not perfect, and I don't need to be. I'm breaking free of the need to "be enough for everyone." Step One to freedom from bondage is admitting there's a problem, and "Rope" is my way of definitively saying that the problem isn't me. Follow me for more.