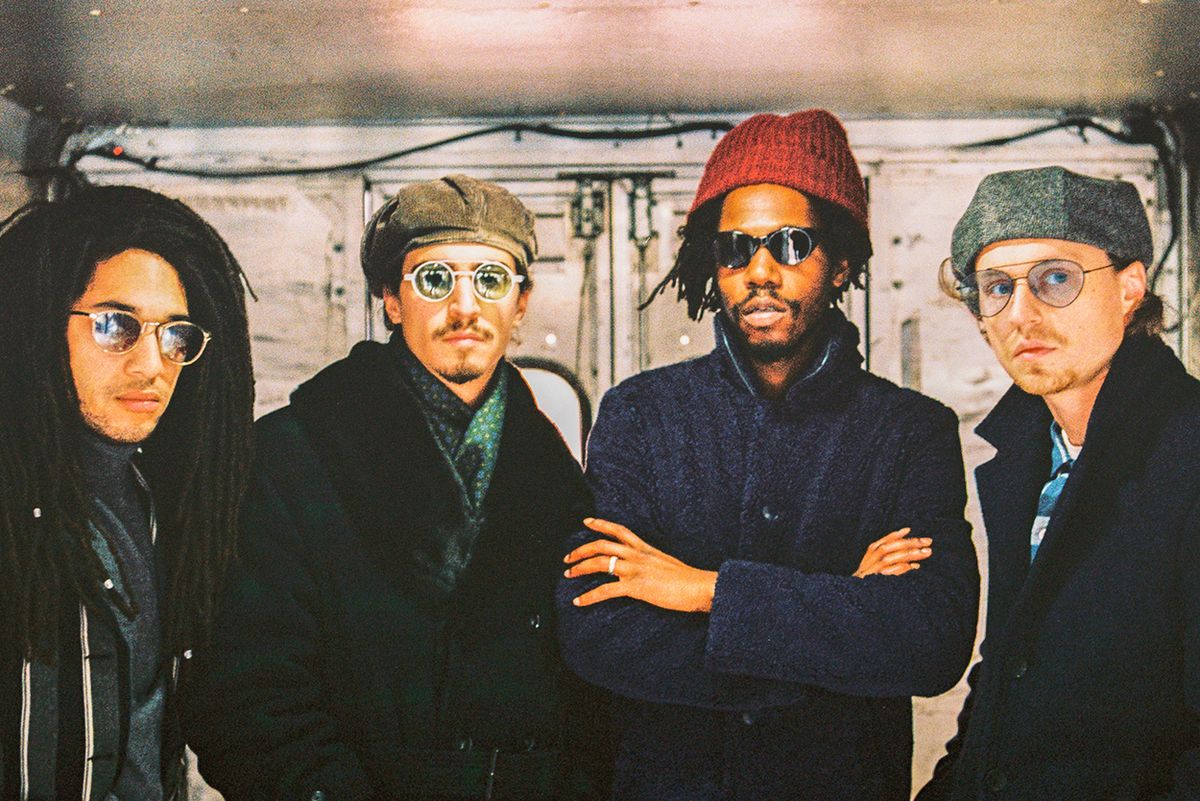 This beautiful cover of the 1934 classic written by Richard Rodgers and Lorenz Hart finds Ian Isiah playing devastating chanteuse to the jazzy, pensive accompaniment of the Onyx Collective. With Isiah's soaring, yet pained vocals on the lilting arrangement, "Blue Moon" becomes a swan song for today's troubled times.

The musically elusive BadGalRiRi cozies up to PartyNextDoor on this sexy, flirty standout from his new album.

Dirty Projectors get existential with a symphony of swelling strings and complex harmonies on this gorgeous cut from new EP, Windows Open.

Waxahatchee's Saint Cloud is out now, and melodic album opener "Oxbow" sets the tone for a range of elegiac songs expanding the singer/songwriter's catalog to greater horizons than ever.

On "Nobody" Coucou Chloe is obscure yet sexy beneath a playful array of diverse sounds, from 8-bit video game blips to dramatic record presses.

TS Graye is dancing through tears in "Dressed In White," an immaculately produced fusion of melancholic pop and trap trends. The partially stuttered chorus underscores her pain, but is no less fun to listen to.

New York musician Margaret Glaspy has never met anyone so "Vicious" as her love-gone-sour on this standout from new album, Devotion. Still, she sings through the heartbreak with gritted teeth, determined to someday rise above it.

F. Virtue's first single from All's Fair In Love and War But Really All's Unfair Always (out April 26) similarly plays on his penchant for long titles and smartly processing queer trauma. But this sequel to his 2018 single grinds harder than its predecessor, still with blood in his teeth, but fusing tender melodies with even tougher self-affirmations.

On its surface, New York band Tracy City's new single "Luddite" is a poignant rock anthem for the fed-up working class in the digital age: "I'm a Luddite, I don't log on," sings lead vocalist Katrina Del Mar. Deeper listens reveal a rock-solid resolution to self-preservation as everything around us changes, whether for better or for worse. (Watch the video here.)

Chicago artist KeiyaA's debut album, Forever, Ya Girl, is out now. "A Mile, a Way" finds the singer in her power, cooing sweetly atop a self-produced experimental R&B arrangement. But that sweetness belies the song's resilient message, coming from a Black woman navigating modern American perils, whether they be suitors or shooters.